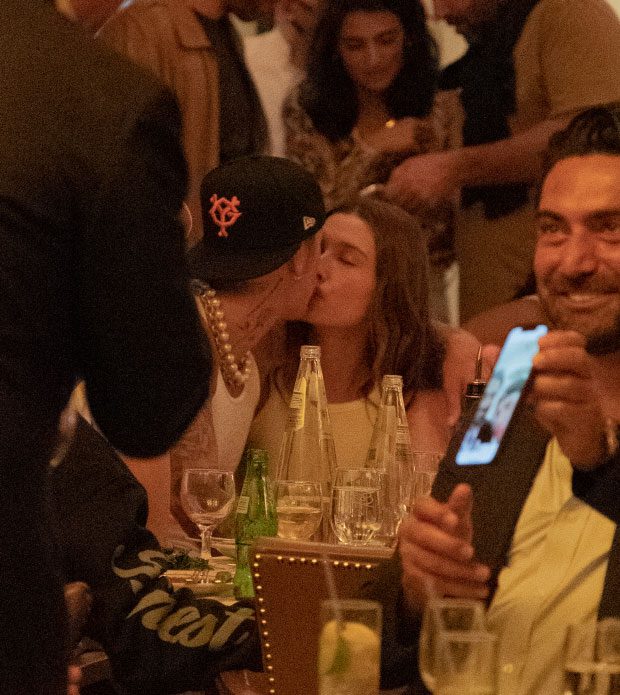 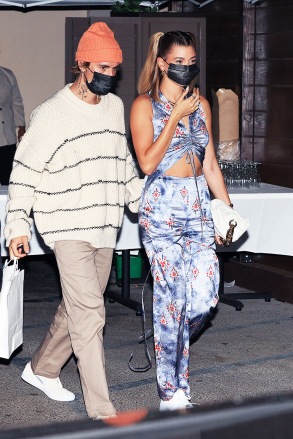 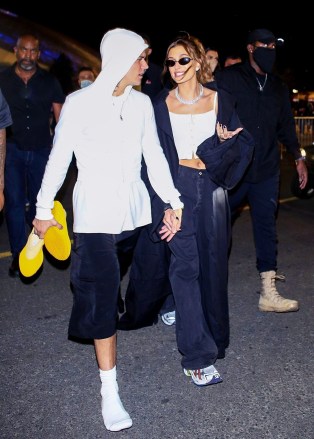 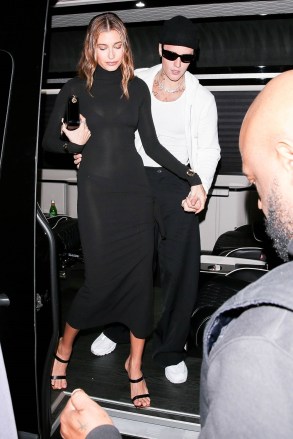 Justin and Hailey Bieber proved they are going from strength to strength as they enjoyed a PDA-filled date night recently. The gorgeous married couple were spotted kissing at celeb hotspot Cipriani in New York City on Friday, June 3. Following his concert at the Barclay center, the pop star, 28, and his supermodel wife, 25, got cozy at the famous Italian restaurant for a late-night bite and beverage. 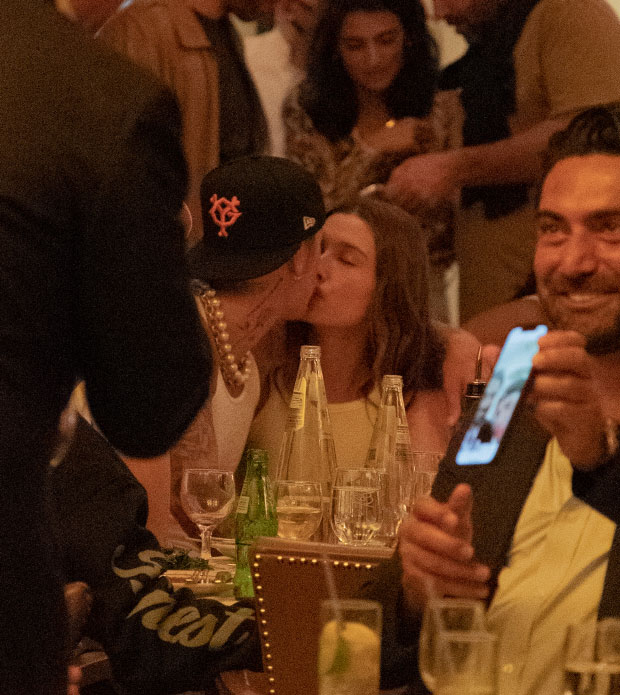 Justin and Hailey Bieber packed on the PDA in New York on June 3, 2022. (WavyPeter/SplashNews)

At one point, Justin, rocking a white tank top, was standing behind Hailey, twinning with a white halter top, and leaned over for a kiss as she grabbed his face. The couple couldn’t keep their hands off each other as they went in for another smooch while sitting next to each other. Hailey looked every inch the cover girl with her trademark blonde locks in a twist and her ensemble on point. With her natural beauty taking center stage, the model clearly was ready for her close-up.

It was undoubtedly a welcome break for the singer, as he has been working nonstop with his Justice World Tour. Last month, the show took on a more somber tone when it landed in Buffalo, just hours after the mass shooting that left 10 people dead in a racially motivated attack. The “Sorry” hitmaker held a moment of silence for the victims and shared the experience to his Instagram, calling out fans who didn’t stay silent to “honor the lives that were so tragically lost.” 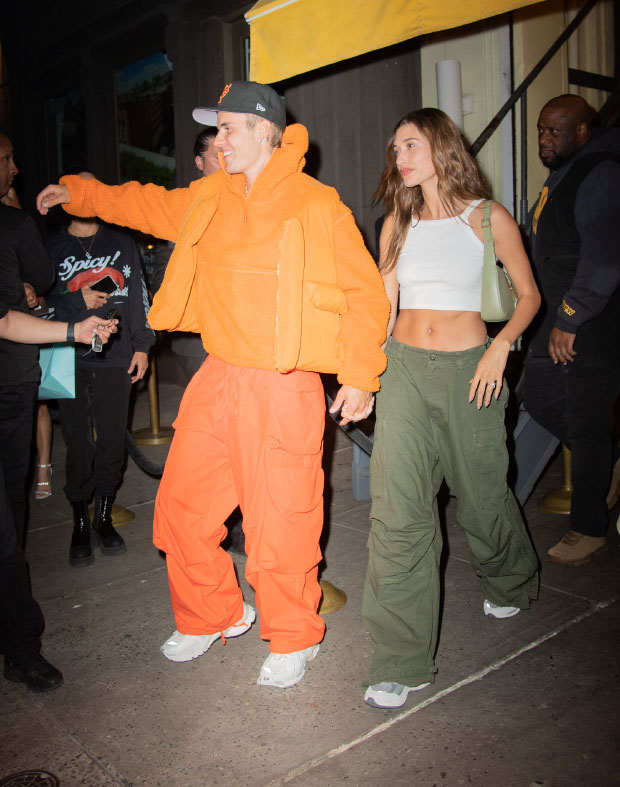 In a following post, Justin shared another video from his performance where he spoke out against racism. “When we first decided to name this tour the Justice tour and the Justice album, we wanted to make an intentional moment where everyone felt the love, they felt included, they felt a moment of unity because as we know there’s so much division in this world, so much racial injustice,” he said on stage. “And as you and I both know, racism is evil and it is diabolical.”