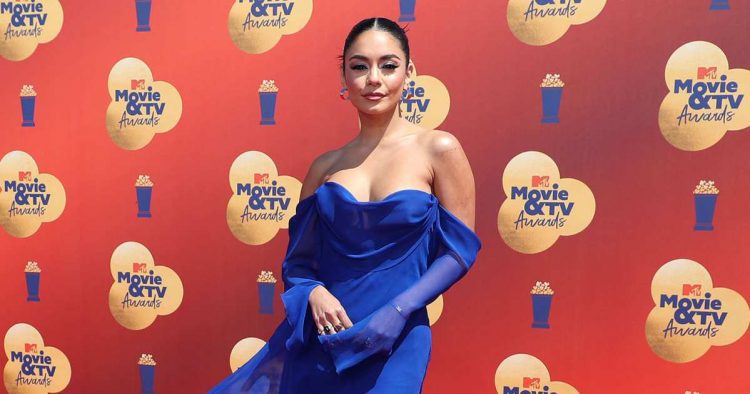 From dazzling makeup to eye-catching dresses and accessories, the 2022 MTV Movie & TV Awards was a fashionable night to remember!

This year’s MTV Movie & TV Awards host, Vanessa Hudgens, looked whimsical in a blue mini dress that featured a sweetheart neckline and a cascading train. The High School Musical star, 33, added extra glamour with a pair of metallic platform heels and wore her hair in a sleek updo.

Shimmering frocks had a major moment on the red carpet as both Azia Celestino and Lauren Zima arrived in glittering looks. Noveen Crumbie served up cool girl chic in a pair of newspaper pants and a sheer top.

After a plethora of glam shots, stars headed inside to watch Hudgens host the first show while Tayshia Adams served as emcee of Unscripted, which premiered at 10 p.m. ET. It is the fifth year that the ceremony honored both movies and television.

Of course, no awards show can go on without a performance. Snoop Dogg performed during the first show and Diplo and Swae Lee entertained the audience with a performance of “Tupelo Shuffle” — from the upcoming film, Elvis.

To see all the looks straight from the red carpet, keep scrolling!