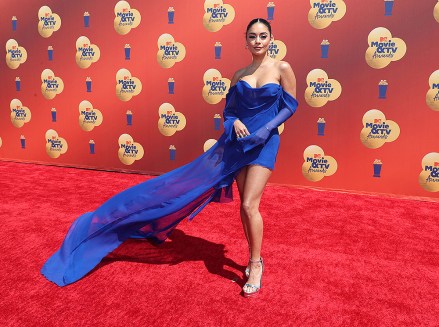 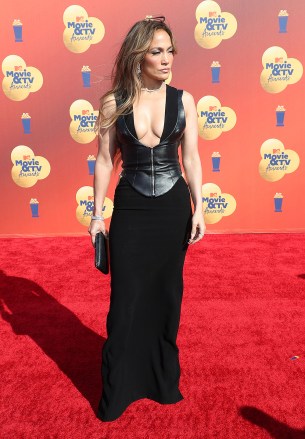 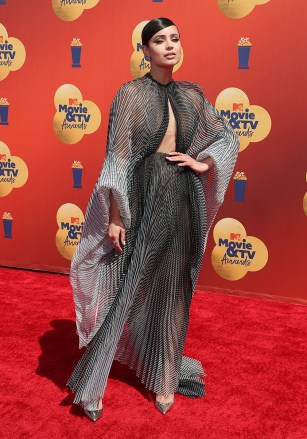 The year of Jennifer Lopez continued on Sunday (June 5) at the 2022 MTV Movie & TV Awards. J.Lo, 52, was on hand to receive the Generation Award, but before that could happen, she had to strut her stuff down the red carpet. There, she rocked a form fitting black dress with a plunging neckline and leather bodice. 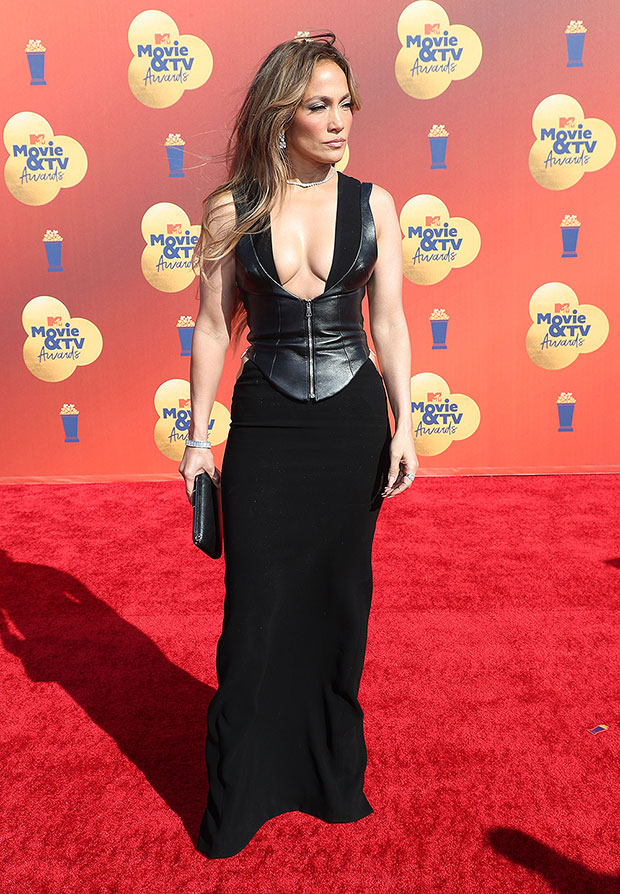 Jennifer Lopez on the Red Carpet During the 2022 MTV Movie & TV Awards on June 5, 2022 (Chelsea Lauren/Shutterstock) 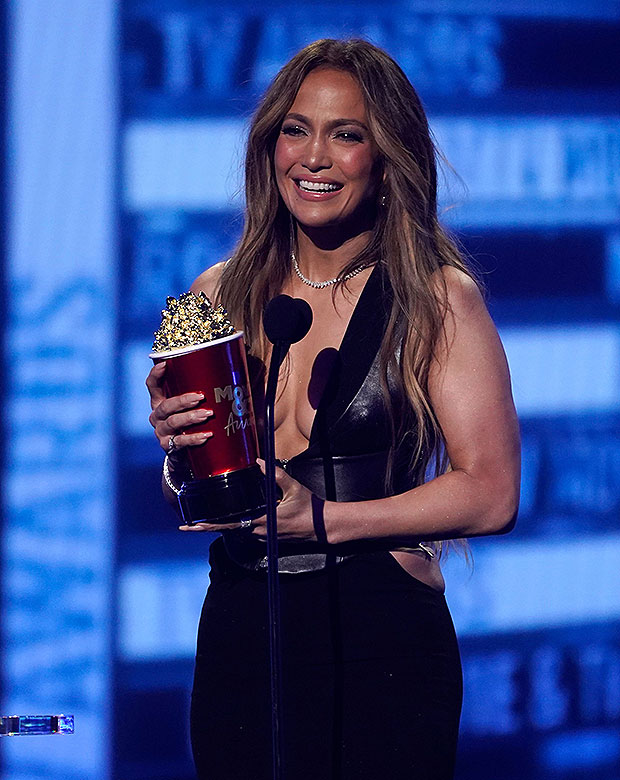 “I want to thank all the people who told me, to my face — or, when I wasn’t in the room — that I couldn’t do this,” She added while choking up. “I really don’t think I could’ve done it without you. And I know I couldn’t have done it without the fans who saw the movies. You are the reason that I am here and that I have been here, and I love you,” she said, concluding her powerful emotional statement. A victorious night for J-Lo, she also won the award for Best Song for the tune “On My Way” from her movie Marry Me.

Jennifer’s appearance at the MTV Movie & TV Awards comes on the heels of her performance at the iHeartRadio Music Awards in March. J.Lo was on hand to perform “Get Right” and accept the year’s Icon Award. “I want to say thank you to iHeart, because I appreciate this so much, so very, very much,” she said to her fans. “Because of the love you give me and the appreciation and the kindness… that’s what matters to me the most.” She also thanked those who have supported her throughout the years because they “were the ones who gave me the opportunity” to live a life she never imagined possible. “You did that! You did that for me! You made that dream come true!”

2022 has been an exciting year for J.Lo. In addition to accepting the Generation Award and Icon Award, she’s releasing a new documentary, HALFTIME, about her Super Bowl LIV halftime show. She starred alongside Owen Wilson and Maluma in Marry Me, which premiered in theatres and “set record-breaking viewership numbers on Peacock,” per a press release. On top of that, she and Ben Affleck became engaged for a second time. Ben, 49, proposed in April with an 8.5-carat green diamond ring, worth an estimated $5 million. Considering there are six more months left, who knows what J.Lo might do before the year is over?