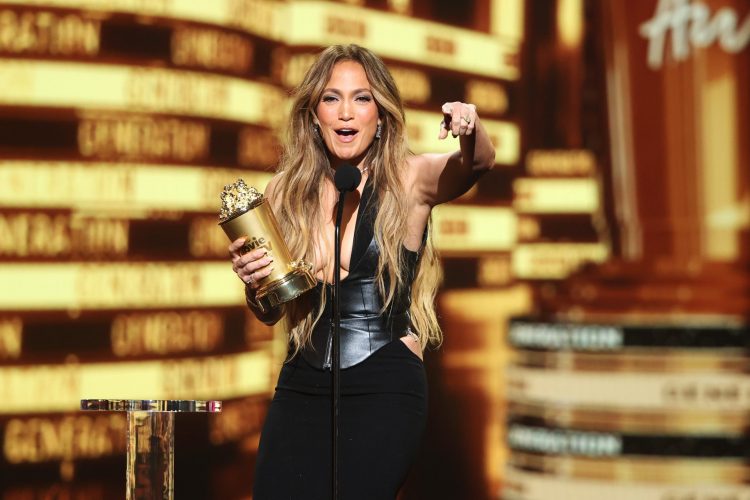 On Sunday, the annual MTV Movie & TV Awards went down in Barker Hangar in Santa Monica, CA and the stars showed up and showed out to see which of their favorite films and shows won awards. One recipient that was honored during the evening was none other than Jennifer Lopez. With an acting resume that expands over 20 years, she was honored with this year’s Generation Award.

During her acceptance speech, J.Lo said, “As an actor, I’m not any of the women that I’ve played, but there’s a part of what is deeply true to me in each one of those characters. Since you cannot create truth unless you’ve lived it I have a different kind of list of thank you’s tonight.”

As Jennifer thanked those who have doubted her, as well as her fans, she also shared a special thank you to her longtime manager, Benny Medina, who was present in the audience. She said, “If there’s one person who believed in me from the beginning. From the first time I played him a raggedy demo of a song that I had wrote that day, and he never let me stop believing in myself, it was him.”

Earlier in the show, J. Lo’s record “On My Way (Marry Me)” won the award for Best Song, which is featured in the film “Marry Me,” which she stars in along with Owen Wilson.

Congratulations @JLo on winning Best Song at the #MTVAwards! 🏆🎵 pic.twitter.com/uNAufwftI4