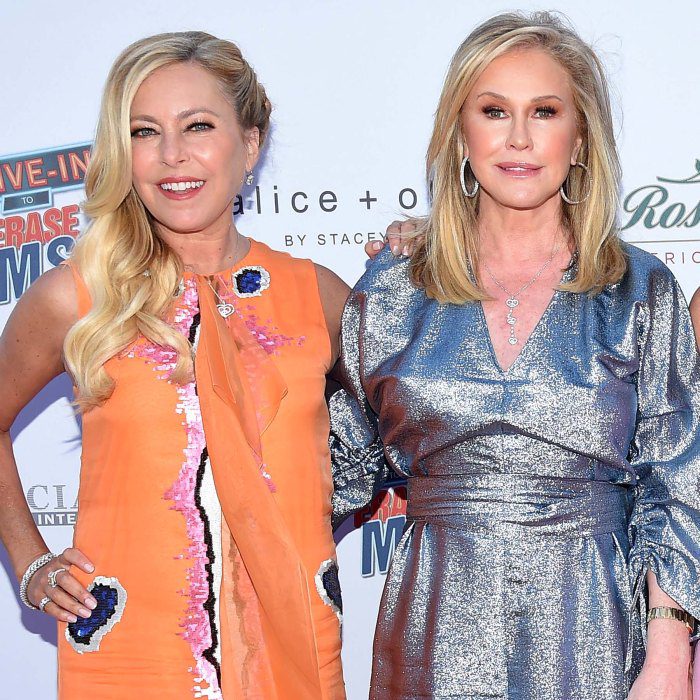 Clearing the air. Sutton Stracke squashed the rumor that pal Kathy Hilton recently mistreated her assistant, Josh, with one photo.

Earlier this month, reports surfaced that Hilton, 63, allegedly used a homophobic slur when speaking about Stracke’s longtime assistant while the Real Housewives of Beverly Hills cast was on a trip to Aspen. The getaway was filmed for season 12 of the Bravo series.

The designer, 50, denied the claims via social media after a fan asked, “Did Kathy Hilton really use a slur when talking about your assistant?” Stracke replied, “No.”

The mother of three doubled down on her remarks via an Instagram photo on Wednesday, March 30, which showed Stracke, Hilton and Josh all smiling together. 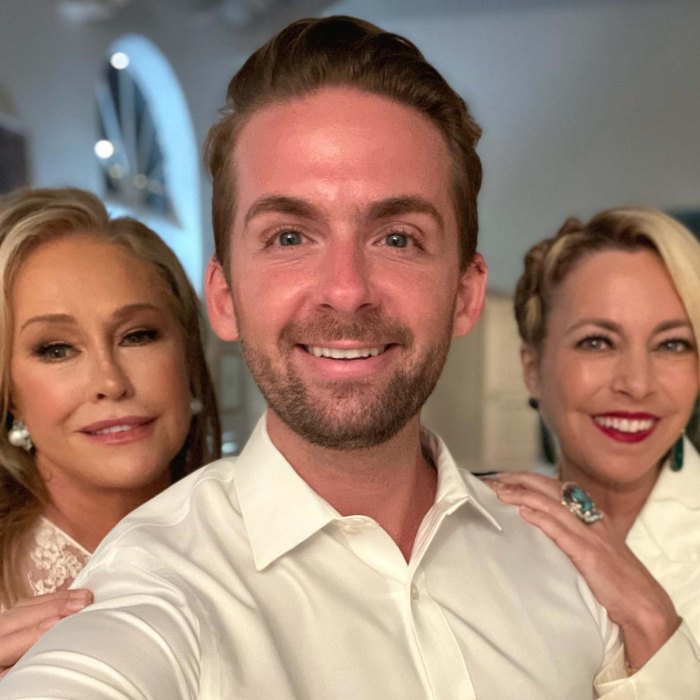 “Happy #humpday 😽💗💗💗,” Stracke captioned the selfie. “Josh is the best. And he got a promotion yesterday. He is no longer my assistant. He executes everything we do around here with grace and style, and we have fun while doing it!”

She added: “And @kathyhilton has been nothing but kind and respectful to him.”

Josh revealed his excitement over getting a title bump from Stracke, reposting the photo with both reality stars to his own social media page.

“When you meet good people, hold tight to them,” the Louisiana native captioned the Instagram post. “These are two of the most wonderful people I’ve ever had the pleasure to know.”

Stracke’s employee joked, “And as much as I’ve loved being your ‘homosexual assistant’ this new adventure we are about to take is looking quite exciting. Love you @suttonstracke and @kathyhilton #newadventures #workhardplayhard #goodpeople.”

Hilton congratulated the young man on his new role, adding, “You deserve it all.❤️.”

Despite reports of Hilton using a slur in regard to Josh, the mother of four appears to have a good relationship with Sutton’s employee. Hilton follows Josh on social media and has a history of leaving kind comments on his page.

Josh follows the socialite back and occasionally banters with Hilton in the comments section.

“Looking very handsome.🔥😍,” Hilton wrote on March 14 on a snap of Josh dressed in a tuxedo, to which he replied, “@kathyhilton Thank you!! 🤗 😚 And happy birthday!!!”

Amid the RHOBH trip to Aspen in January, Hilton initially turned heads when she commented on her husband, Rick Hilton’s Instagram page. “Please call me I need to get out of her now!!!” she wrote at the time.

The following month, Kathy claimed that she left the message because she was “getting scared” alone in the Colorado home. She denied via an Instagram Live interview with E! Entertainment in February that there was anything more than “squabbles” between her and the RHOBH cast during the trip.

Listen to Getting Real with the Housewives, your one-stop destination for Housewives news and exclusive interviews