The Top 5 Most Memorable Fits worn by Jennifer Lopez in Mônot, Vanessa Hudgens in Valentino and Vera Wang, Garcelle Beauvais in Jovana Louis and More 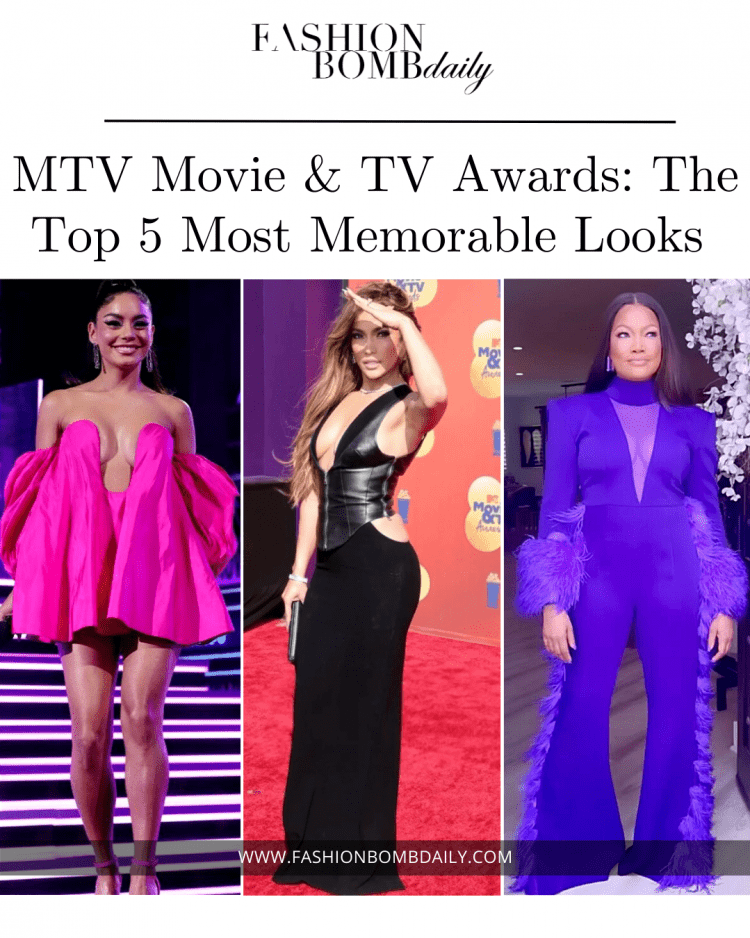 Last night, Hollywood’s top film actors and television stars reunited at the Barker Hanger in Santa Monica, Los Angeles, for the 2022 MTV Movie & TV Awards. Just like any MTV red carpet occasion, some looks were daring while others were… a choice! Nevertheless, all were a sight worth seeing. Here are the most memorable looks from the big and small screen celebration: Our host of the evening was none other than Vanessa Hudgens who lead the red carpet wearing a royal blue custom Vera Wang chiffon mini off-shoulder dress styled by Jason Bolden! She looked gobsmacking with her glam collaboratively perfected by hairstylist Danielle Priano and Tonya Brewer as her makeup artist. Vanessa then switched it up into a second look while on stage presenting J-Lo with the Generation Award! The hot pink, deep-cut baby doll dress with matching platforms was designed by Maison Valentino. Next up, Jenny from the block arrived fashionably late to the carpet before accepting her Generation Award, and what an entrance! Wearing a fitted Mônot black leather top layered over a floor-length dress baring exposed hips underneath, she was styled by Rob Zangardi and Mariel Haenn. Actress Garcelle Beauvais wore a beautiful purple jumpsuit by Jovana Louis featuring a mesh décolleté and fluffy ostrich feathers at the outseam and cuffs! Her hair was styled by Devante Turnbull with makeup by Julie Jules. TV Personality Dorit Kemsley wore a full lace vintage Chanel ensemble with Skims underneath. Makeup artist Shadi Malek opted for a natural glow for this outfit, and hairstylist Amanda Lee completed it all with a slicked back, wavy ponytail. Throwing it back to the early 2000s, Sydney Sweeney and stylist Molley Dickson went for casual chic in a dusty pink Miu Miu cropped blouse and sequins micro mini detailed with belt buckles above a side slit. For accessories, she wore Le Vian and Candy Ice jewelry!

What do you think?