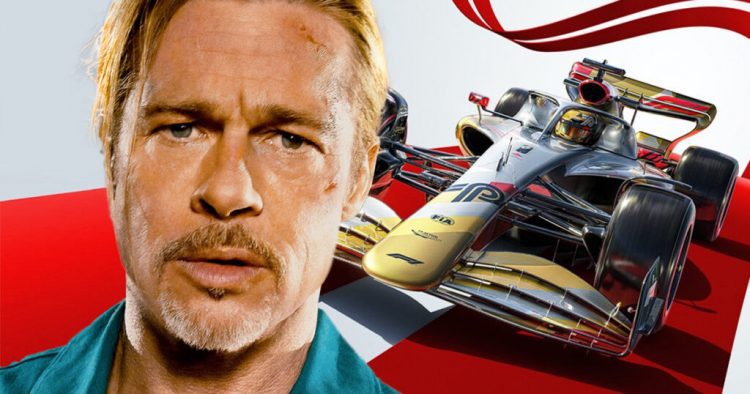 With Top Gun: Maverick showing no signs of slowing down at the box office, audiences are excited to see what director Joseph Kosinski will tackle next. It seems that Kosinski still feels the need for speed as his upcoming Formula One racing movie starring Brad Pitt has officially found a home with Apple TV. Studios such as Paramount, MGM, Sony, Universal, and Disney were involved in a bidding war on the project late last year, as were streaming services such as Apple, Amazon, and Netflix, but it was Apple who emerged victorious.

THR says that Apple’s deal for the project is a potential game-changer. When most projects are snagged by a streaming service, they would typically only be released in a small handful of theaters or a day-and-date opening, but this deal would find Joseph Kosinski and Brad Pitt’s project enjoying an exclusive worldwide theatrical run of at least 30 days and perhaps even 60. Not only that, but the deal will see the creative team making some serious money.

In another first, insiders say the theatrical component is structured in a way that would see Apple and the filmmakers split 50-50 the take from the big-screen release. The unique deal in essence is having the creative team paid three ways — their upfront fees, their hefty buyout fees and the theatrical backend. Sources say Kosinski, who will also produce, and Bruckheimer are seeing paydays well into the eight figures, with Pitt and his company hitting $40 million to $50 million… Before this kind of deal, creatives and their reps had a Sophie’s Choice of sorts to make — does one take a buyout or push for a theatrical release? But CAA, which represents Pitt, Kosinski and Bruckheimer, pushed for another answer: Why not both?

The COVID-19 pandemic has introduced many changes to the theatrical landscape over the last few years, and it’s clear that we won’t be returning to the way things were done before. The project still needs to find a distribution partner, but that may not even have to happen until after the shooting is complete.

The as-yet-untitled Formula One racing movie will be directed by Joseph Kosinski and star Brad Pitt as a driver who comes out of retirement to compete alongside a rookie driver and the titans of the sport. Top Gun: Maverick co-writer Ehren Kruger has penned the screenplay, with Jerry Bruckheimer, Brad Pitt’s Plan B Entertainment, and seven-time Formula One world champion Lewis Hamilton producing.

This isn’t the first time that Joseph Kosinski and Brad Pitt have been on the verge of making a racing movie. Pitt was once attached to star in Go Like Hell alongside Tom Cruise, with Kosinski set to direct. The film would have told the story of the rivalry between Ford and Ferrari, but the project eventually fell apart and transformed into James Mangold’s Ford v. Ferrari starring Christian Bale and Matt Damon.