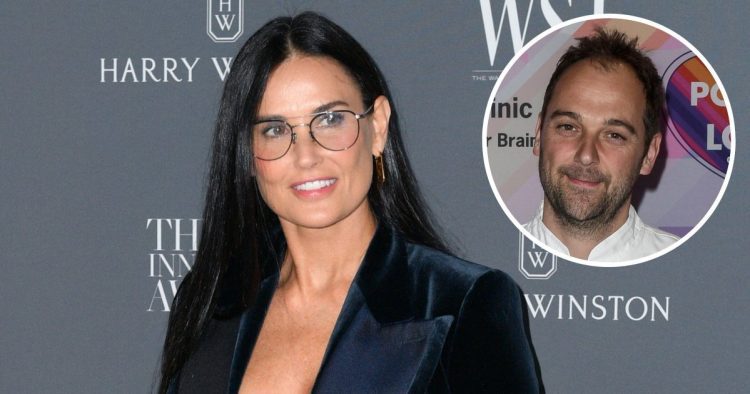 Sparks flew when Demi Moore met boyfriend Daniel Humm for the first time! The Ghost actress and the chef first sparked romance speculation when they attended a show during Paris Fashion Week in March 2022. They confirmed their relationship with several rare outings and photos posted on social media in the months that followed.

While the Inside Out author and the Die Hard actor’s marriage ended in 2000, the former couple still remain close. He also became a dad to daughters Mabel and Evelyn with his second wife, Emma Heming. Demi voiced her support for her ex-husband after his family announced his aphasia diagnosis in March 2022.

“Bruce’s health has been deteriorating for a very long time,” an insider told Closer at the time. “Demi and the kids have known about it forever and have been a great support system to Bruce, his wife, Emma and their young daughters, Mabel and Evelyn.”

Family has always been important to Demi and is equally as important to her boyfriend. Daniel, a native of Switzerland, first moved to the U.S. in 2003. He opened up several successful restaurants, authored multiple cookbooks and made a huge name for himself in the culinary world. Once he met Demi, he was smitten.

“Demi met Daniel through mutual friends, and they clicked right away,” an insider told Us Weekly in April 2022. “He’s very charming, loves the finer things in life and is extremely cultured, plus they share the same devilish sense of humor and sense of adventure.”

The restaurateur posted a photo with his girlfriend on Instagram in May 2022 with a sentimental caption, writing that her “​​endless beauty is deeply soulful.” He also shared another photo with Demi one month prior. The pair looked so happy while they attended a pal’s art show.

The brunette beauty looked fabulous in a red pantsuit and held her tiny pet chihuahua in her hands during the event. The adorable pup also accompanied the couple to the French Open in June 2022 where they packed on the PDA as they sat in the crowd.