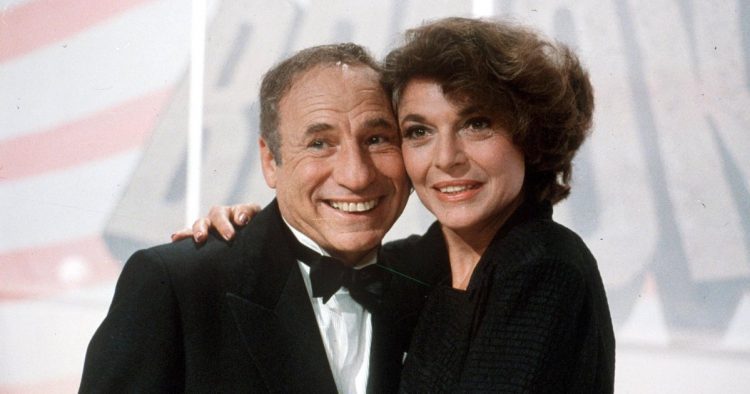 EGOT winner Mel Brooks has proven just how incredible his acting and filmmaking skills are over the course of his seven-decade-long career. Along his way to stardom, he fell in love twice, resulting in two marriages. He was married to his first wife, Florence Baum, from 1953 to 1962, and moved on with his second wife, Anne Bancroft, one year later. Keep scrolling to learn more about the comedian’s two marriages.

Before his first marriage, Mel was drafted into the U.S. Army in the early ‘40s. Once he returned home and got his career as a comedy writer underway, he met and fell in love with Florence. At the time, she was a Broadway actress with appearances in Gentleman Prefer Blondes, Top Banana and Two’s Company.

Florence also performed as a dancer on The Jackie Gleason Show for multiple episodes between 1952 and 1953. She married Mel in 1953. They welcomed three children during their marriage, Stephanie Brooks, Nicky Brooks and Eddie Brooks, all of whom have gone on to pursue entertainment careers of their own. Their marriage ended in 1962.

Two years after his divorce from Florence, Mel married Anne. The esteemed actress had been married once before to lawyer Martin May. She had an incredibly successful career of her own in Hollywood films and television and won multiple Tony Awards for her work on Broadway.

The couple first met in 1961 when she appeared on The Perry Como Show. Mel recalled meeting the Miracle Worker star while she was rehearsing for the program in a November 2019 interview with Turner Classic Movies host Ben Mankiewicz.

From that point on, Mel declared that he was “in love.” The pair got married in 1964. Anne was by her hubby’s side when he got his big break in 1967 with The Producers. He earned an Oscar for his work directing the comedy film. In 1972, they welcomed their only child together, son Max Brooks.

Mel went on to produce The Elephant Man in 1980, a film in which his wife starred alongside Anthony Hopkins and John Hurt. The lovebirds later shared the screen in the 1983 film To Be or Not to Be. After 41 years of marriage and numerous collaborations, Mel was left heartbroken by Anne’s death in 2005 from uterine cancer at the age of 73.

“Living this life without her is not easy,” he told People in November 2021.

While their incredible romance ended in heartache, the television writer is thankful for all the great memories he got to make with his longtime love.

“She always said, ‘Follow your heart. It will be a good adventure,’” he said at the time. “What an adventure life turned out to be!”