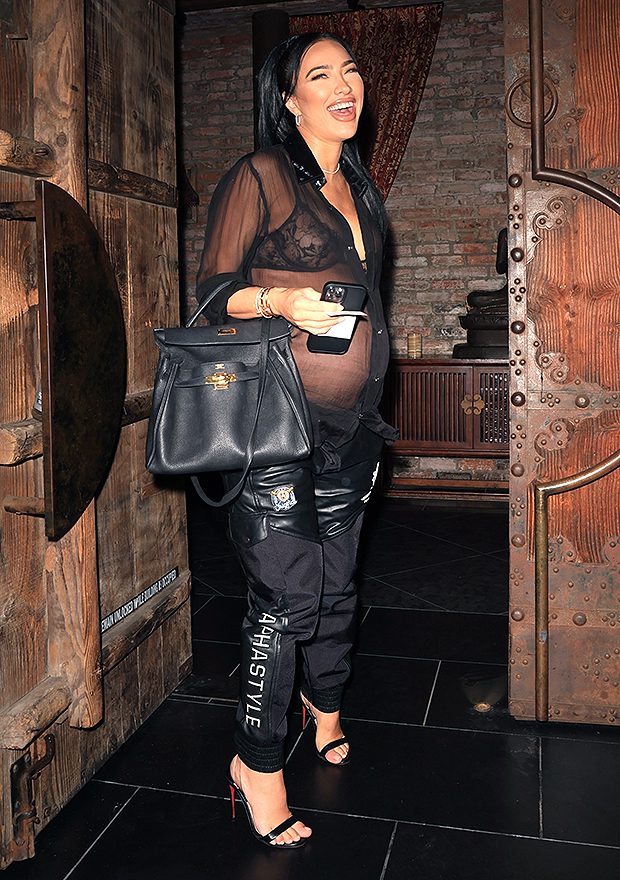 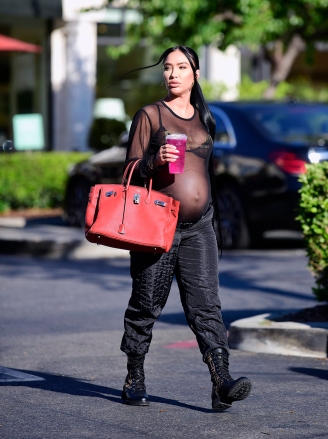 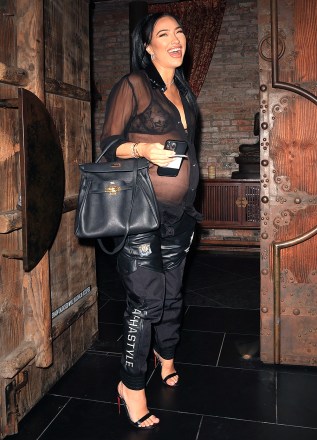 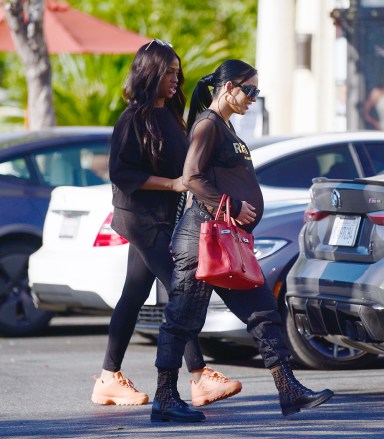 Bre Tiesi appears to be focusing on the arrival of her son amid the news of her baby daddy, Nick Cannon, expecting his ninth child with another woman. Stepping out in Los Angeles on Friday, June 10, Bre was all smiles as she showed off her growing baby bump in a revealing mesh top. The Instagram model, whose divorce from NFL star Johnny Manziel was finalized in November, paired the chic look with black leather pants, stiletto heels and a designer handbag. 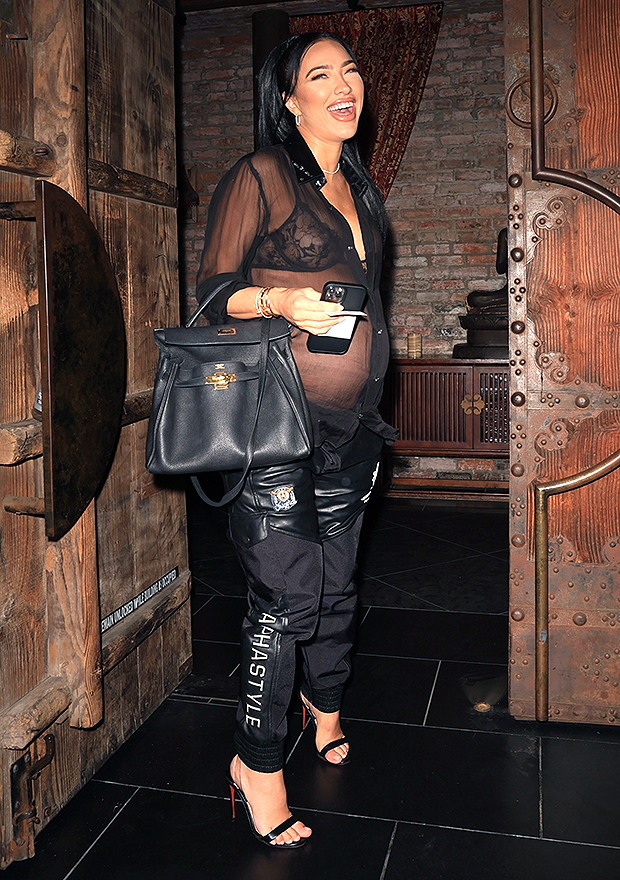 Bre’s carefree outing comes after the news broke on Wednesday that Nick is reportedly the father of model Abby De La Rosa’s new baby on the way, which the model announced on her Instagram earlier in June. Nick and Abby have a bit of a history together as they also share twins, Zion and Zillion.

Nick is no stranger to poking fun at himself over having several children with several different women, as he most recently did in an ad for Ryan Reynold’s Aviation Gin, where Nick hilariously concocted a “vasectomy” cocktail. “Lord knows I need one,” The Masked Singer host joked in the viral clip.

Nick Cannon: See Photos Of The TV Host & His Children 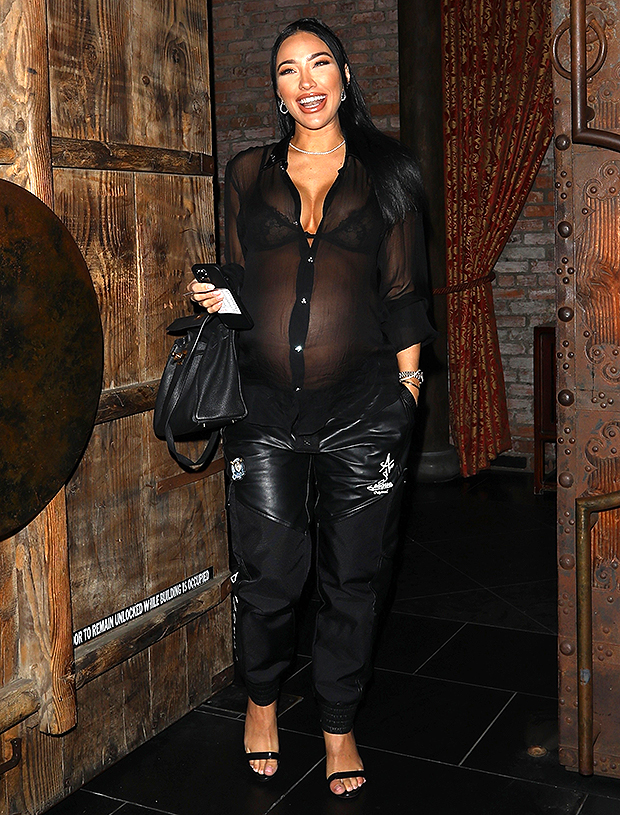 All the happy baby news is undoubtedly welcome after the tragic story of Nick’s five-month-old son passing away from a brain tumor in December. Nick first revealed the death of Zen, whom he shared with Alyssa Scott, during the Dec. 7 episode of The Nick Cannon Show, breaking down in tears as he said he was able to be with Zen on his final day. The entertainer also got a tattoo in tribute of Zen four days after Zen succumbed to his cancer battle. Around the same time, Alyssa took to her Instagram to post a tribute, writing, “You kept me going. We were a team, both determined to see it through. It feels unbearable running without you now. It has been an honor and privilege being your mommy…I will love you for eternity.”

Zen was one of Nick’s seven kids, who was born a mere 9 days after twins Zion and Zillion were welcomed by Nick and Abby. Nick also has twins Moroccan and Monroe with ex-wife, Mariah Carey, as well as a son, Golden, 4, and daughter, Powerful, 1, with Brittany Bell.