Diddy, 52, opened up about his relationship status in his latest interview. The rapper revealed that he’s “single” but has been going on “dates” with City Girls rapper Yung Miami, 28, when he sat down for an interview on the June 9 episode of her Caresha Please podcast. “I’m single. But I’m dating, I’m just taking my time with life,” he said immediately after Miami, whose real name is Caresha, asked him on the episode.

“We’re dating. We go have dates. We’re friends,” he continued. “We go to exotic locations. We have great times.” He went on to talk more about what he likes about the fellow rap star as she listened and smiled.

“You’re like one of the realest people I’ve ever met and you’re authentically yourself,” he said. “You’re a great mother and a great friend. We just have a good time.”

Yung Miami: Pics Of The Rapper

Rumors that Diddy and Miami were dating first started when they were spotted holding hands at a birthday party for Quality Control Music CEO Pierre “Pee” Thomas in Atlanta, GA last summer. Miami also peaked interest when she shared a video of herself sitting on the talented artist’s lap while sipping a bottle of tequila. Around the same time, Diddy also told Vanity Fair that he was “the happiest” he’s ever been. “I laugh the most, I smile the most, I breathe the most,” he said. 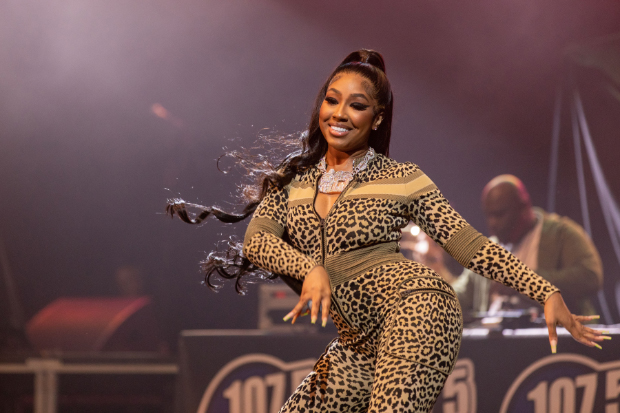 Before Diddy, who is a father of five, confirmed he’s been dating Miami, he was romantically involved with several other gorgeous ladies in the past. They included the late Kim Porter, with whom he had kids Christian, 24, and 14-year-old twins Jessie James and D’Lila Star, Jennifer Lopez, and Cassie Ventura. He was also rumored to be in a relationship with Michael B. Jordan‘s ex Lori Harvey at one point. Miami has also had previous romances in the spotlight, including one with Kodak Black, with whom she shares son Jai Malik Wiggins Jr., 7, and daughter Summer Miami Luellen, 2.