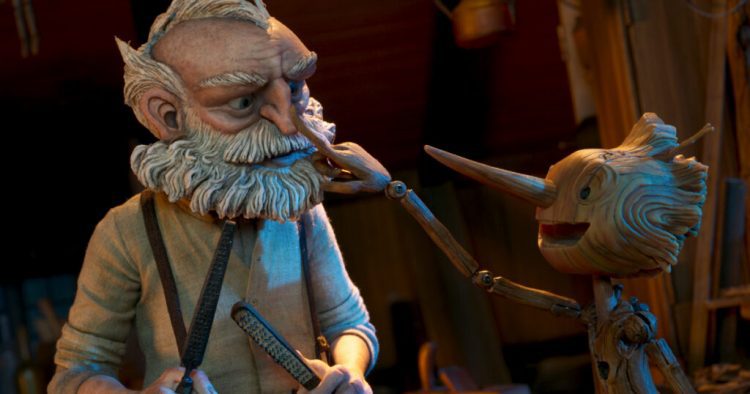 Guillermo del Toro and stop-motion animation seem like a match made in heaven, and the director has finally gotten to take a stab at the medium in his upcoming Pinocchio movie for Netflix. Vanity Fair has released a handful of new photos from Guillermo del Toro’s Pinocchio, and perhaps I’m being a bit overdramatic, but the results are absolutely beautiful. The character design, the textures, all the little details, I love it. 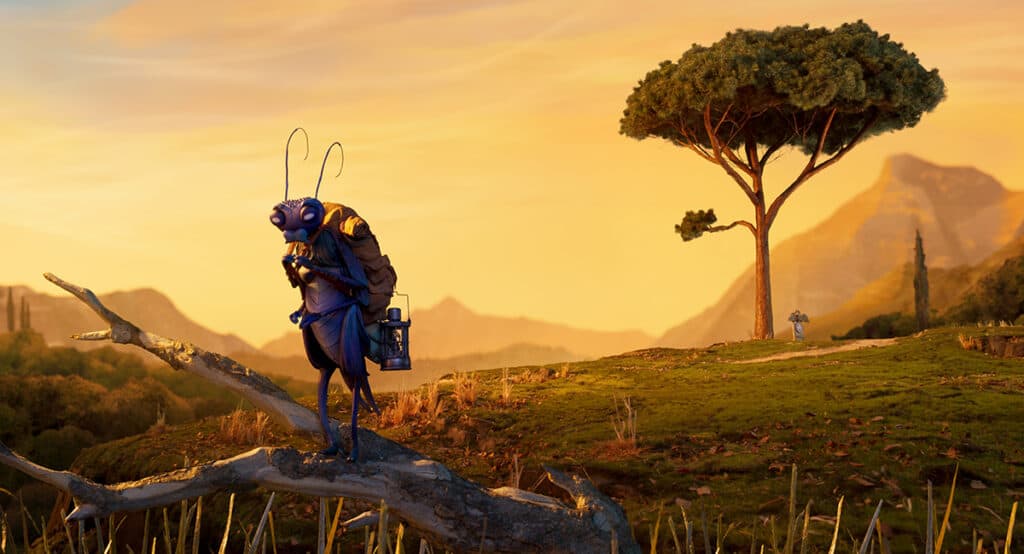 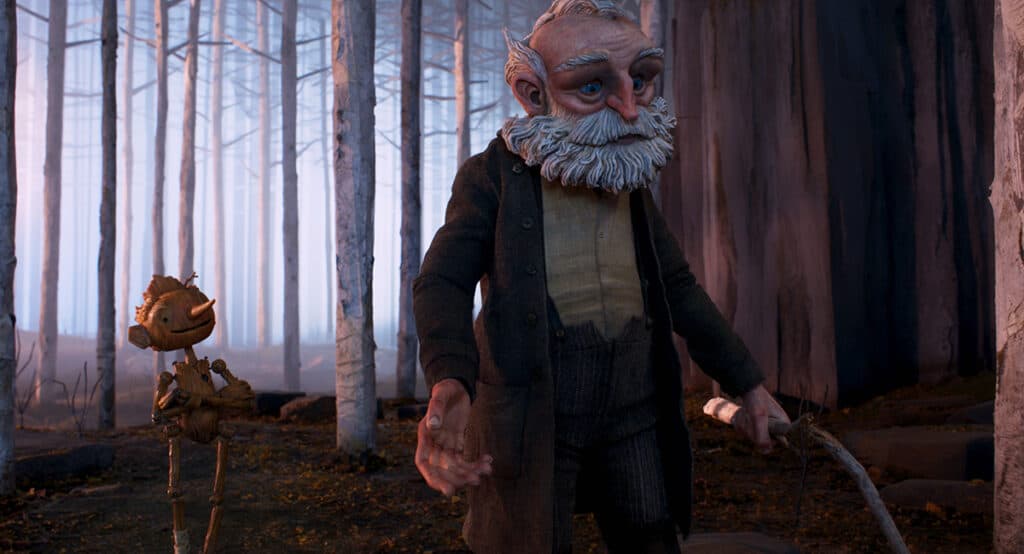 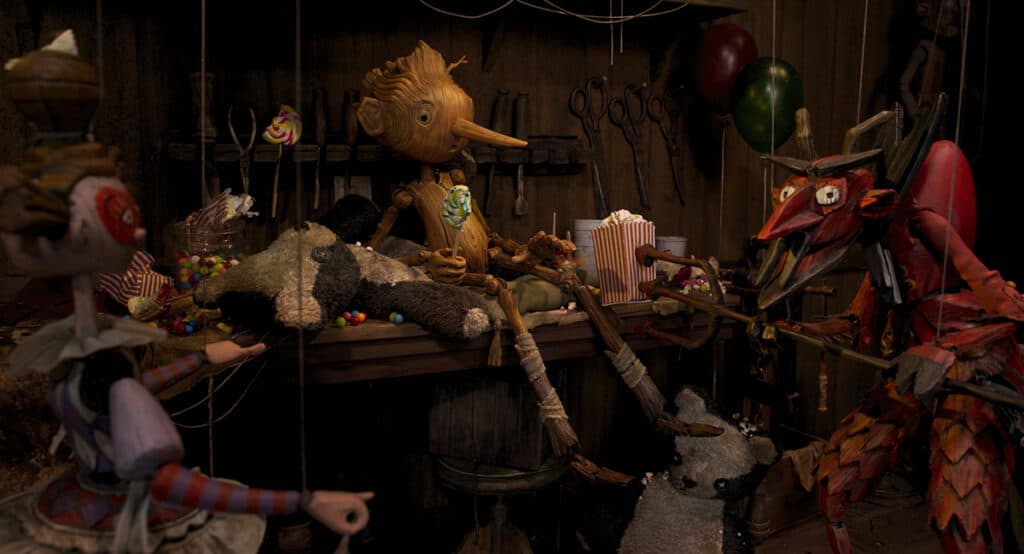 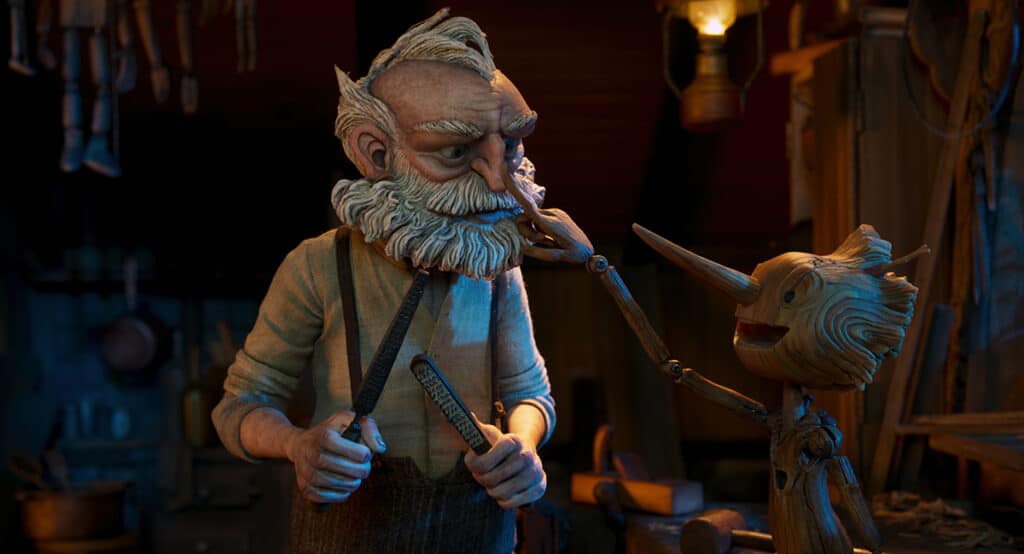 You can check out more photos in the Vanity Fair article. “I’ve always been very intrigued by the links between Pinocchio and Frankenstein,” Guillermo del Toro told Vanity Fair. “They are both about a child that is thrown into the world. They are both created by a father who then expects them to figure out what’s good, what’s bad, the ethics, the morals, love, life, and essentials, on their own. I think that was, for me, childhood. You had to figure it out with your very limited experience.” Although the movie takes its inspiration from the original tale, you can expect plenty of differences in Guillermo del Toro’s version.

It’s counter to the book, because the book is seeking the domestication of the child’s spirit in a strange way. It’s a book full of great invention, but it’s also in favor of obeying your parents and being ‘a good boy’ and all that. This [movie] is about finding yourself, and finding your way in the world—not just obeying the commandments that are given to you, but figuring out when they are okay or not.

The movie doesn’t take place in any fairy-tale world, but instead in Italy between World War I and World War II. So instead of being transformed into a donkey, Pinocchio will be conscripted into a fascist army. “He is recruited into the village military camp, because the fascist official in town thinks if this puppet cannot die, it would make the perfect soldier,” del Toro explained. Despite the darkness, Guillermo del Toro’s Pinnochio was crafted to be a family-friendly movie. “These are times that demand from kids a complexity that is tremendous. Far more daunting, I think, than when I was a child,” del Toro said. “Kids need answers and reassurances.… For me, this is for both children and adults that talk to each other. It tackles very deep ideas about what makes us human.“

Guillermo del Toro’s Pinocchio will be released on Netflix in December 2022.