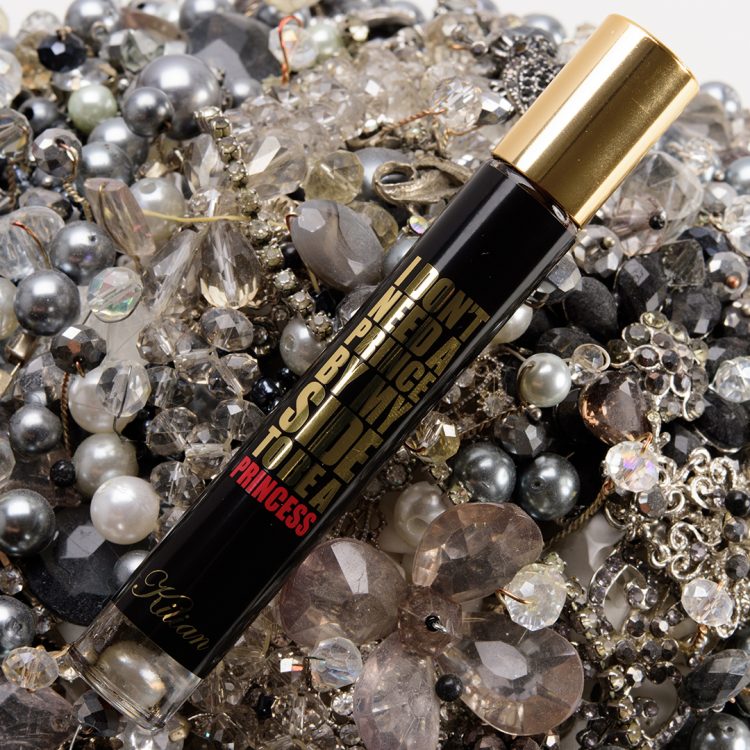 Kilian Princess Eau de Parfum is well-categorized as a sweet, gourmand ginger, peach, and vanilla-marshmallow that was fluffy, sweet, and fruity with a zesty ginger (less spicy as it was refreshing) in the early hours before becoming sweeter, thicker, and gooier through the dry down. The jasmine, and possibly green tea (which wasn’t clearly delineated to my nose), gave it a little more perfume-like edge than something more photorealistic of marshmallow.

It is re-release (though I’m not familiar with the prior version!) that’s been repackaged as well, as a FYI!

It is described as “gourmand with a kick” and “like sipping on a green tea mocha with a tip of ginger on the nose.”

It opened with sweet, indulgent lemonade that became crisper and clearer, more lemony with a subtle, sweet and peachy undercurrent. There was a zing of ginger and a crisp bite of apple that filtered through the lemon and peach, which had the effect of adding some effervescence to what had become a medley of fruits.

The fruits became more and more candied over the first 20 minutes of wear; the marshmallow adding a layer of fluffy sugar, while a hint of jasmine added a touch of that floral that kept the marshmallow from totally overwhelming the other notes (at least, at that point).

I didn’t find that the green tea came through in a more delineated fashion on me–nothing was herbaceous or remotely green or earthy for me, as the composition was a confection of peach, apple, some ginger, and marshmallow that grew as the vanilla in the base strengthened. I’d say that it possibly added some grounding element to the marshmallow-vanilla combo to keep it from being cloying during the first half of wear, but it just didn’t come across as a green-vanilla fragrance to my nose.

The fruity notes dissipated significantly by the fourth hour, while the caramel-like quality of the benzoin ramped up and added depth and more nuance to the marshmallow-vanilla duo.

It lasted for five hours until it was a skin-scent and about eight hours before it was quite difficult to detect on my skin. The sillage and projection were moderate with the sillage dropping faster than the projection within the first hour of wear.

My expectation that this was going to run far too candy-like, based on the description of the scent, and it absolutely lived up to those expectations! I can see why scents like this are popular, and it’s the kind of scent I might like as a candle for a shorter period but not one I think I’d reach for to wear as a daily perfume.

These are more subjective feelings based on what I like (or don’t like) in a perfume as well as considering the fragrance against other perfumes I own and love.

For testing, I used two sprays from the smaller size bottle dabbed to the underside and topside of my wrist area. I used an unscented moisturizer prior to applying the scent as I found scent did not hold well here otherwise.

I purchased my sample in June 2022; fragrances are known to be reformulated over their lifetime, so be mindful of when a review was made, e.g. a review from 2010 may not reflect what the same-named perfume smells like in 2022.

If possible, I highly recommend trying a fragrance before purchasing a full bottle because fragrance can wear differently just because of skin chemistry. Skin chemistry can effect not just the longevity of a fragrance but also what notes are prominent or hidden.