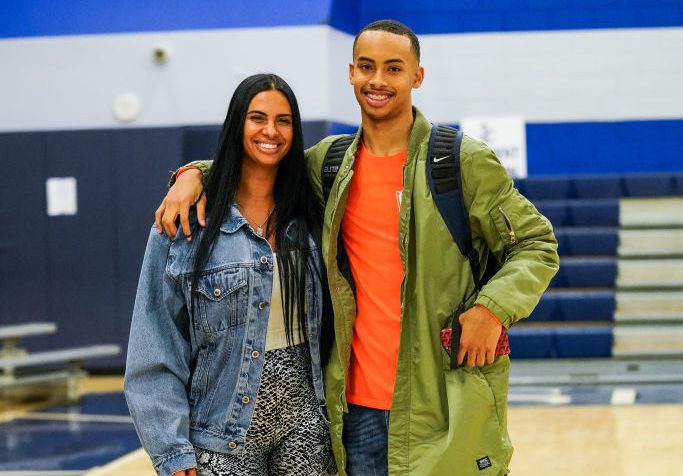 While in Chicago, Johanna Leia stopped by WGCI’s The Morning Show to dodge questions about Drake, open up about her dating status, and talk about her son Amari Bailey and her new sports agency.

Johanna Leia has been in the public eye for quite a while, but when she was spotted out eating at Dodger Stadium with Drake, everyone wanted to know more about her.

The dinner seemed to be a private date between the two, but got spoiled by a nosey traffic reporter in a helicopter. To be fair, she handled it well, continued doing her thing, and never addressed it, which is unheard of in the clout era we are in.

This week, she was in Chicago and dropped by WGCI’s The Morning Show to do a rare interview. In the interview, she sidesteps direct questions about Drake, but opens up about her preferences, saying money doesn’t mean a thing to her. She also reveals she’s mingling at the moment and not tied down.

Leia also drops news that she will be starting a sports agency, which is perfect with the new NCAA NIL rules. With her being an influencer and already having relationships, she can build a bridge between college talent and businesses wanting some looks. Elsewhere in the interview, she also discusses her son Amari Bailey and his relationship with LeBron James’ son Bronny James.

You can watch the interview below.