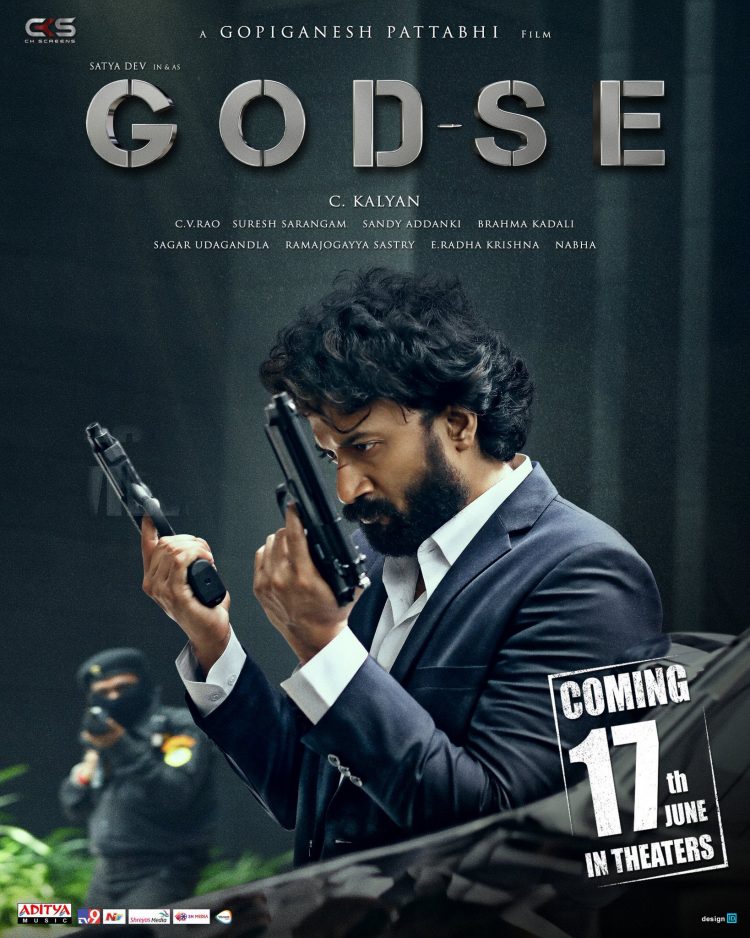 Godse a.k.a Vishwanath Ramachandra is impatient. He wants to teach politicians and businessmen, cops and security agencies, media moguls and whoever wields power in the system a lesson. He abducts unscrupulous bigwigs with utter ease and hides them in some undisclosed location. He calls up the top cops of the State and starts throwing tantrums. From the DGP to the Commissioner and Ministers, everyone is stunned into silence or over-reaction. As Godse coolly hurls ultimatums, the entire system is worried that it has been made to crawl. Everyone shows extraordinary fear. Even a trainee spy or RAW agent in real life knows that psy ops have to be deployed in the face of a hardened anti-social element, but in this film, everyone just goes weak in the knee at the first opportunity.

Satyadev Kancharana plays the titular character. He wants to achieve something by abducting VIPs. He knows some dirty secrets about who’s who of the state government because a high-tech hacker happened to help him on a holiday. He evokes terror in the corrupt. But one thing he is not good at is this: he doesn’t know how to get to the point. He keeps the entire goddamn system and the poor audience waiting for more than an hour. And when he finally reveals his cards, we start missing his pointless histrionics.

The vigilantism element and the melodrama built around the problem of unemployment are tiringly outdated. You got to tell a vigilante story in a stylish manner, as ‘Vikram’ recently did. In ‘Godse’, the characters are uni-dimensional, loud, over-sentimental, or unintentionally comical.

Aishwarya Lekshmi plays a top cop who seems to strategize for her clueless bosses. Jia Sharma plays a wife who has a clear-cut premonition of her murder, which is why she over-emotes.

If you remove the sub-plot concerning under-employment (you are under-employed if you studied Engineering but are running a Kirana store), ‘Godse’ is a routine vigilante actioner in toto. It villainizes the political class for repressing entrepreneurship in a country where millions wait for meaningless government jobs for years and take anti-employment generation red-tapist decisions after becoming bureaucrats.