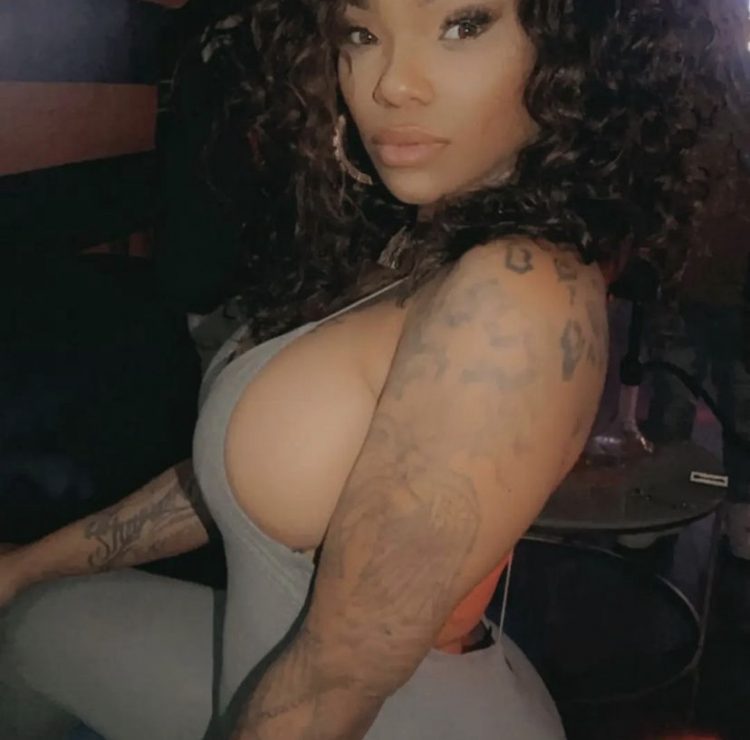 Back in March, former “Love & Hip-Hop: Hollywood” star Apple Watts was involved in a car accident with a diesel truck, which unfortunately left her with a fractured skull, a broken spine, and a shattered arm. Apple’s sister Domonique provided us with an update on her condition, and told us that her sister is getting stronger by the day.

Apple is alert and speaking, Dominique said, however, she does have a trachea, which can sometimes make it hard to understand what she is saying.

“She’s coming back every day, she remembers me and my mom, she remembers family members that visit. Now she’s starting to ask what happened to her car, her apartment, she talks to her kids every day,” said Domonique.

Apple is now waiting to get transferred to California from Las Vegas, however, she cannot be transferred if she has restraints. Her sister shares that doctors want to remove the trachea, and make sure she can swallow and eat on her own before they transfer her.

When it comes to the procedures that had to be performed as a result of the accident, Apple had plastic surgery to help repair her right arm. She also had surgery on her spine, which is currently healing along with her neck and fracture.

As a result of her injuries, Apple will have to learn how to walk and eat again.

As previously reported, back in March while traveling from Los Angeles to Las Vegas, her car encountered a diesel truck, and her car, unfortunately, flipped multiple times, causing her to be ejected out of the window.

We are continuing to keep Apple Watts lifted in prayer and sending her well wishes.