Ana de Armas landed one of the most coveted roles in Hollywood history as the late Marilyn Monroe (real name: Norma Jeane Mortenson) in the upcoming 2022 movie Blonde. Netflix released its teaser for the film in June, giving viewers a mere glimpse at the dramatic storyline based on Joyce Carol Oates’ novel of the same name. However, Blonde stirred up some controversy for its unusual NC-17 rating — a rarity for the streaming platform. Naturally, moviegoers are wondering why the biopic received such a controversial label.

According to Netflix, the story “boldly reimagines the life of one of Hollywood’s most enduring icons, Marilyn Monroe. From her volatile childhood as Norma Jeane, through her rise to stardom and romantic entanglements, Blonde blurs the lines of fact and fiction to explore the widening split between her public and private selves.”

The general plot will also serve as “a look at the rise to fame and the epic demise of actress Marilyn Monroe, one of the biggest stars in the world.”

The Deep Water star opened up about the film in an interview with Netflix Queue on June 15. 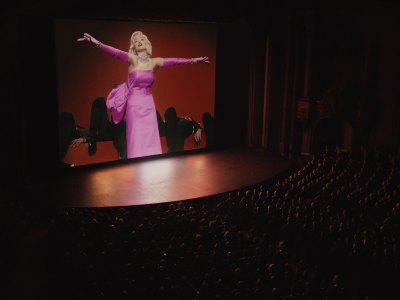 “[Director] Andrew [Dominik’s] ambitions were very clear from the start — to present a version of Marilyn Monroe’s life through her lens,” she said. “He wanted the world to experience what it actually felt like to not only be Marilyn, but also Norma Jeane. I found that to be the most daring, unapologetic and feminist take on her story that I had ever seen.”

Ana also noted that the cast and crew “worked on this film for hours, every single day for almost a year” and explained how she got into character. 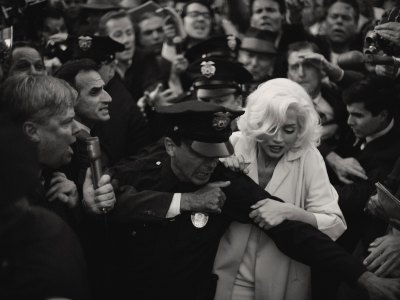 “I read Joyce’s novel, studied hundreds of photographs, videos, audio recordings, films — anything I could get my hands on,” she added. “Every scene is inspired by an existing photograph. We’d pore over every detail in the photo and debate what was happening in it. The first question was always, ‘What was Norma Jeane feeling here?’ We wanted to tell the human side of her story. Fame is what made Marilyn the most visible person in the world, but it also made Norma the most invisible.”

In one scene, she pleaded with someone to “not abandon [her]” as she got her makeup applied. In another shot, Ana seemingly cried as she walked alongside a police officer through a crowd of swarming photographers. In another moment, she stared at herself in a dressing room mirror and gradually formed her iconic grin and giggle, likely trying to appear camera-ready.

The film has a projected release date of September 23, 2022.

Netflix has not publicly confirmed the exact details in the film that spurred the controversial rating. However, the Motion Picture Association cited “some sexual content” as the reason.

Previously, the director described the rating as “a bunch of horses—t,” according to ScreenDaily. However, the outlet noted that Andrew had “nothing but gratitude” for Netflix because it supported the title despite having issues with Blonde’s content.

He then added that Blonde “is a demanding movie,” but “if the audience doesn’t like it, that’s the audience’s f—king problem. It’s not running for public office.”