Daniel Radcliffe Is Over Will Smith/Chris Rock Drama 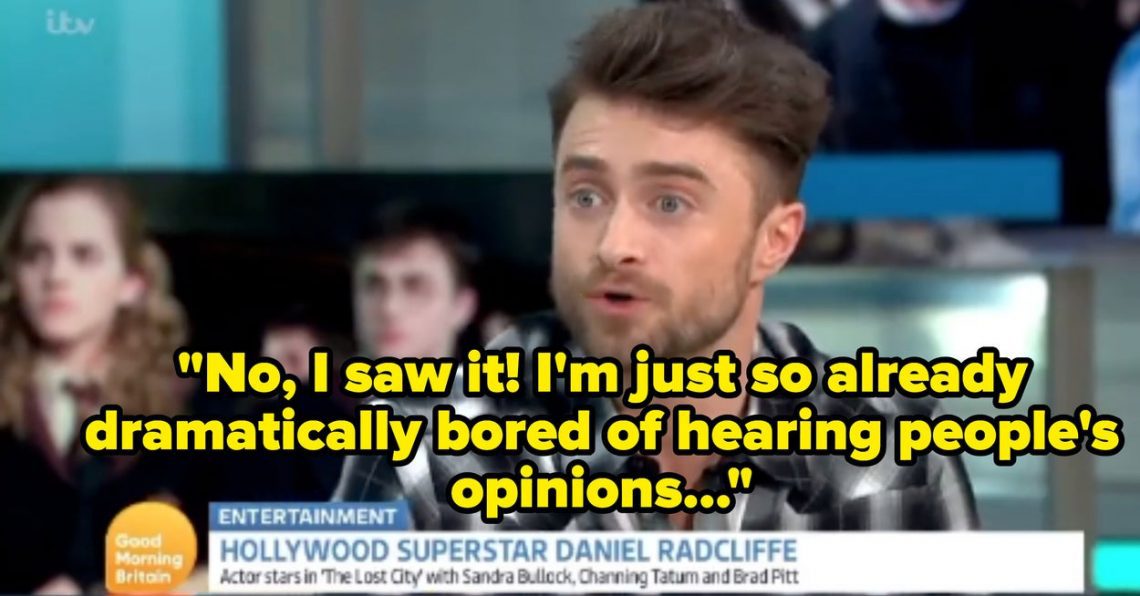 Ten points to Gryffindor for this one!

Last weekend was the Oscars, and instead of talking about Troy Kotsur being the first deaf man to take home an Academy Award…

…or Ariana DeBose winning Best Supporting Actress for her role as Anita in West Side Story, the second Puerto Rican woman to do his (the first being Rita Moreno for her Anita 60 years prior)…

…or Megan Thee Stallion performing “We Don’t Talk About Bruno”…

…we’re discussing Will Smith going onstage to slap Chris Rock in the face after the latter made a joke about Jada’s shaved head:

ICYMI, Jada Pinkett-Smith recently opened up about her battle with alopecia, and a lot of people found Chris Rock’s joke to be in poor taste.

Everyone and their mother has been asked to weigh in on Slapgate, and the most recent celebrity to comment was none other than Daniel Radcliffe:

On Good Morning Britain, Daniel was asked his opinion on the matter, and it was, in a word, iconic:

“I just don’t want to be another opinion adding to it,” he concluded.

TBH, this is the best opinion I’ve seen on the matter all week!