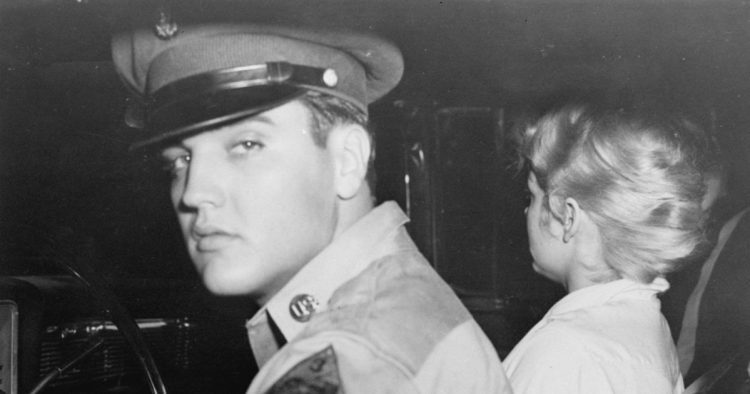 He may be remembered for his incredible singing voice, but there’s no doubt Elvis Presley was quite the ladies’ man during his short 42 years of life. Although he married and settled down with Priscilla Presley until their divorce in 1973, there are several other celebrities the King of Rock ‘n’ Roll dated both before and after.

Despite his popularity among women, a friend of the late “Can’t Help Falling in Love” crooner revealed he wasn’t actually a womanizer. In fact, Michael St. John insisted the iconic performer “wasn’t a one-night-stand kind of guy,” he told Closer in a January 2020 interview. “He always seemed to be searching for a true love that just seemed to elude him,” the pal explained.

Elvis was such a smooth gentleman, he swooned women he wasn’t even romantically linked to. Cassandra Peterson — best known as her character Elvira, Mistress of the Dark — previously opened up about her “sort of date” with the “Blue Suede Shoes” singer. At a November 2019 event, Cassandra revealed their relationship remained platonic despite being completely smitten with Elvis.

“Oh, God, yeah. I was,” she reminisced to Closer, noting nothing happened between the two considering she was underage at the time. “I was a fan. I just found a movie, an 8mm movie, of me dancing to ‘Hound Dog’ when I was about 4 or 5 years old. I was a huge fan my whole life.”

While Elvis’ romances with other big Hollywood stars earned a lot of attention, Priscilla was the only starlet he walked down the aisle with. The pair became parents in 1968 when their daughter, Lisa Marie Presley, was born. She went on to become a singer, just like her famous father, and was the sole heir to his estate after his tragic passing.

The bestselling music artist and the businesswoman’s relationship was depicted in the 2022 biographical musical film, Elvis, directed by Baz Luhrmann. Though there have been many film adaptions based on Elvis’ life after his death, Priscilla offered nothing but praise for the Austin Butler-led movie.

“I’m sitting there watching this movie and going, ‘God, I wish he could see this,’” she told Good Morning America in June 2022 about the film. “It was perfection.”

Keep scrolling to learn more about Elvis’ relationships through the years.