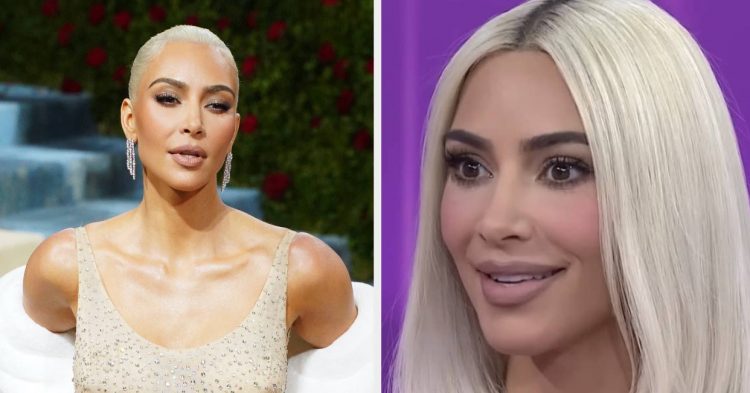 Despite being criticized for “promoting extremely disordered eating” last month, Kim has doubled down on her controversial Met Gala diet and revealed she’s lost even more weight.

Cooking for the Queen: A former royal cook spills the tea on palace kitchen life – National

First of all, the star sparked backlash when she stepped out wearing Marilyn Monroe’s iconic 1962 dress after Ripley’s Believe It Or Not allowed her to borrow it for the occasion.

The dress is normally preserved in a darkened and temperature-controlled vault, and Kim briefly wearing it on the red carpet divided people.

Some argued that it was “disrespectful” to the memory of Marilyn, but others claimed that the negative response against Kim was actually a reflection of deep-rooted misogyny.

And the conversation took a turn when Kim revealed that she’d lost a significant amount of weight in just three weeks in order to wear the gown.

Kim told Vogue that she “wanted to cry” when she initially didn’t fit in the dress, especially as it couldn’t be amended in any way.

On the red carpet, Kim detailed exactly how much weight she lost and the measures that she took to get there after severely restricting her diet for almost a month.

Her comments were branded “irresponsible” and “triggering” at the time, as Kim was accused of “promoting extremely disordered eating.”

It me. This sets a *horrible* precedent—at an event raising funds for preserving historic fashion!—as well as promoting extremely disordered eating. Shame on Vogue for encouraging her. https://t.co/rqu9PFATfV

As a result, many people took to social media to call her out — first of all for losing that much weight so quickly, but also for sharing so much information on how she did it, which could be dangerous for impressionable fans.

Actor Lili Reinhart was among the critics, writing on her Instagram Story at the time: “So wrong. So fucked on 100s of levels. To openly admit to starving yourself for the sake of the Met Gala.”

“When you know very well that millions of young men and women are looking up to you and listening to your every word,” she added. “To walk on a red carpet and do an interview where you say how starving you are … because you haven’t eaten carbs in the last month … all to fit in a fucking dress?”

Lili then concluded: “The ignorance is other-worldly and disgusting. Please stop supporting these stupid, harmful celebrities whose entire image revolves around their bodies.”

BuzzFeed also spoke to registered dietitian Elaina Efird about Kim’s drastic weight loss, who told us that the star is setting “a terrible example,” and that her behavior is “perpetuating eating disorders.”

“It’s really sad that we are still seeing celebrities, big social media creators, and others promote horrible eating habits like Kim K did,” she added. “It’s even more sad that huge media outlets are sharing these diets. One of the biggest issues in social media is this idea that you should do anything in the name of weight loss, and that’s a terrible narrative to perpetuate.”

But Kim stood by her actions as she responded to the criticism, and even likened her Met Gala diet to actors like Christian Bale and Renée Zellweger preparing for a movie role.

Both actors have famously undergone weight transformations for the films that they have starred in, and were critically acclaimed for their performances.

Kim told the New York Times: “To me it was like, ‘OK, Christian Bale can do it for a movie role and that is acceptable.’ Even Renée Zellweger gained weight for a role. It’s all the same to me. I wasn’t saying, ‘Hey everyone, why don’t you go lose this weight in a short period of time?’”

She then insisted that she “didn’t do anything unhealthy” and admitted that she “simply couldn’t have gone” to the Met if she didn’t reach her target to wear the dress. “It was just important to me to reach that goal,” she added.

And Kim appeared to prove that her diet was only for the one-time event when she seemingly ditched her strict regulations the moment the gala ended.

Kim posted videos of the donuts and pizza waiting for her in her hotel room as soon as she returned from the Met, telling her Instagram followers at the time: “I’m starving.”

But the star has reignited the backlash after revealing that she has lost even more weight since the Met Gala in a new interview, with her excitement for donuts and pizza actually being incredibly short-lived.

In her appearance on The Today Show, Kim said that she’d completely overhauled her lifestyle since her crash diet, and while she insisted that she is “not trying” to lose any more pounds, it’s happening as a natural side effect.

She said of her controversial weight loss: “I looked at it like a role. I really wanted to wear this dress. It was really important to me. It actually taught me a lot about my lifestyle and my health and since then, afterwards, I continued to eat really healthy.”

After revealing how much weight she’s lost since the gala, Kim added: “I’m not trying to lose any more weight but I have more energy than ever. I cut out so much sugar. A lot of junk food I was eating. I didn’t even realize it. A lot of fried foods. And I completely changed my lifestyle.”

People have been left disappointed that Kim is still discussing her weight loss despite being called out for how damaging it could be just weeks ago. Taking to social media, many pointed out that even if she is privately losing weight, it’s irresponsible for her to speak about it at such length considering her large platform.

Sharing a screenshot of a headline about Kim’s recent comments, one person tweeted: “Tw:weight As someone who had an eating disorder for most of my life and my body dysmorphia ruining my life till this day , I think this family needs serious help.”

Another user replied to say that Kim’s whole family have a long history of weight-related content, sharing: “When i was in treatment for ED there was a (Keeping Up With The Kardashians) episode on TB of Kourtney going to the hospital after not eating all day/exercising and i was watching from the hospital bed like 🫠.”

The topic was also discussed on a Reddit forum, with a user writing: “She’s gone on to lose even more weight after this groundbreaking ‘role’ (eye roll). She’s looking incredibly thin lately. It sets such a bad example.”

“She has a large audience, consisting of a lot of children and young adults, that are going to see her weight loss,” the same person added. “It’s not normal and it can be a precursor to EDs.”

Others shared their outrage in the comments of an article about Kim’s Today Show appearance, with many expressing their concern for her impressionable fans.

“This family needs to stop. They’re setting a skinny standard that a lot of people cannot live up too; yes they may work out but they also have a boat load of money to help them lose weight. Personal trainers, healthy, chef cooked meals, and more gym equipment than gyms, and lipo doctors,” another added.

A third person said: “Continuing to promote unhealthy weight loss, and she’s proud of it.” And one more commented: “Boasting about weight loss is so, so dangerous.”

Another called Kim out for “promoting being as skinny as possible to all the young impressionable teenagers,” claiming that she “couldn’t get any lower.”

But Kim doubled down on her Met Gala prep in a new interview with Vogue, where she reiterated that she has been working closely with professionals to lose the weight.

“There was a lot of outrage that I had lost weight for that [dress],” she said. “I still support my decision, because I just started eating way healthier. I consulted with a nutritionist and my trainer.”

She has not yet commented on the most recent backlash.

Your weekday morning guide to breaking news, cultural analysis, and everything in between