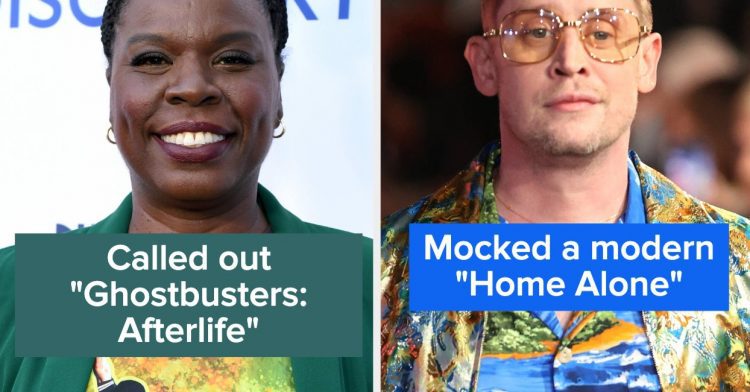 When Eddie Murphy, Meryl Streep, and Nic Cage were called out!

Hollywood is notorious for remaking iconic, cult-favourite movies. More often than not, these remakes fail to match the quality of the original.

The announcement of any remake is met with concerns from the fans of the OG movie. This is kind of expected. But surprisingly (or not), there have been times when the remakes have been called out by the actors or directors of the original movie. Here are 10 such instances:

When Robert Englund called the 2010 remake of A Nightmare On Elm Street “cold.”

Robert Englund is known for playing the iconic role of Freddy Krueger in A Nightmare On Elm Street. When the movie was remade again in 2010, the character was portrayed by Jackie Earle Haley and the OG seems to have problems with this.

“I thought the movie was a little cold. We weren’t really given time to see the kids when they were normal before they were frantic and haunted by Freddy. That made it harder to connect with them, harder to care what happened to them,” he said. “I think the change to a more “realist” burn make-up with melted features took a lot of the strength away from the character. The strong nose and chin in the make-up I wore give Freddy presence and power. And I played Freddy as if he liked being evil, he liked his work. Jackie went a different way.”

When Jerry Lewis wasn’t pleased with Eddie Murphy’s performance in the 1996 remake of his 1963 film, The Nutty Professor.

“When he had to do fart jokes, he lost me. As a matter of fact, I told his editor, If he wants any more from me on a creative level, tell him to pull the whole sequence,” he said in an interview with Entertainment Weekly. “What I did was perfect. And all you’re going to do is diminish that perfection by letting someone else do it. I won’t go through it again.”

In 2019, Disney announced a reboot of the Home Alone series. The star of the OG Home Alone movies, Macaulay Culkin, took to Twitter to express his disinterest in the new movie:

When Gene Wilder called the 2005 version of Charlie And The Chocolate Factory an “insult.”

“I think it’s an insult. It’s probably Warner Bros.’ insult,” Wilder said in a 2013 interview with Turner Classic Movies about the Tim Burton remake of the 1971 Charlie And The Chocolate Factory in which Wilder played the iconic role of Willy Wonka. He said that “he didn’t care for the director” and that he thought that Johnny Depp was a good actor.

When Angela Lansbury said she was “so unhappy” over the 2004 remake of The Manchurian Candidate.

“I’m so unhappy,” Lansbury revealed to US Columnist, Liz Smith, in 2004 when the remake was released. “I’m so sorry they had to mess with something that was so perfect.” The character Lansbury played in the 1962 version was portrayed by Meryl Streep in the remake. Lansbury also said she had “great admiration” for Streep and that she just probably shouldn’t have taken the role.

When Leslie Jones called out the decision to abandon the all-women line-up for Ghostbusters 3.

“So insulting. Like f*** us. We didn’t count. It’s like something Trump would do. (Trump voice) ‘Gonna redo ghostbusteeeeers, better with men, will be huge. Those women ain’t ghostbusteeeeers.’ Ugh, so annoying. Such a d*** move. And I don’t give f*** I’m saying something!” she tweeted after the announcement to bring back the original cast of Ghostbusters and abandon the all-women cast of Ghostbusters (2016) was made.

When Michael Caine said that Jude Law “misunderstood the character” in the 2004 remake of Alfie.

Michael Caine who essayed the titular role of Alfie Cartwright in the original 1966 movie was not happy with Jude Law’s portrayal of the character. “At the end of the movie, Alfie says, ‘What’s it all about?’ But the minute Jude walks on, you see a young man who knows exactly what everything is all about. Alfie was a sort of innocent blunder, shagging birds here and there for a nice apple crumble, at the end, he’s puzzled why everyone’s pissed off at him. Jude, being so knowing-looking, looked like it was deliberate and it became sinister instead of funny. It just became some guy who doesn’t care about women, he just screws them and leaves them – a male chauvinist pig, but with knowledge. I played an innocent male chauvinist pig,” he explained.

The casting was one of the few problems the veteran filmmaker had with the remake. He wasn’t rather happy with Cage’s remuneration for doing Bad Lieutenant: Port of Call New Orleans, either. “I hate these people – they suck… It’s lame. I can’t believe Nic Cage is trying to play that part. I mean, if the kid needed the money… It’s like Harvey Keitel said, ‘If the guy needed the money if he came to us and said, ‘My career’s on the rocks,’ I’d cut him a break.’ But to take $2 million – I mean, our film didn’t cost half of $2 million. That film was made on blood and guts, man. So I really wish it didn’t upset me as much as it does… Nobody asked us to do it. Nobody approached us and said, ‘Would you do it?’ Give us $8 million, we’ll come up with something. They give me twenty grand and say, ‘Go f**** yourself.’ Gimme a break! They aren’t paying Harvey anything, they aren’t paying him two cents. Ed Pressman sucks c**** in hell, period. You can print that,” he said in an interview with Filmmaker Magazine.

When Tomas Alfredson wasn’t happy with the Americans remaking his 2008 movie Let The Right One In.

In 2010, Matt Reeves remade Alfredson’s movie, Let The Right One In, titled Let Me In and, to say the least, Alfredson wasn’t pleased. “Remakes should be made of movies that aren’t very good, that gives you the chance to fix whatever has gone wrong,” he said in 2008. “I’m very proud of my movie and think it’s great, but the Americans might be of another opinion. The saddest thing for me would be to see that beautiful story made into something mainstream.”

In an interview with The Telegraph, Parker revealed that he received no official communication about the remake and that nobody had approached him regarding the 2009 remake of the film. “I have never had a single phone call from anyone — the studio, the producers — about this remake. No one spoke to me about it. To say so is absolute nonsense. I feel very much that Fame is mine. I spent months with the kids at the school and then spent a year making the movie. You do the work and make it as good as it can be, and you try to protect it. Then, because the copyright is owned by the studio, as with almost all American feature films, they can do a remake like this. It’s extremely galling. There is no other area of the arts where you can do that,” Parker said. While asked about his experience watching the remake, he said that he felt “mugged.”