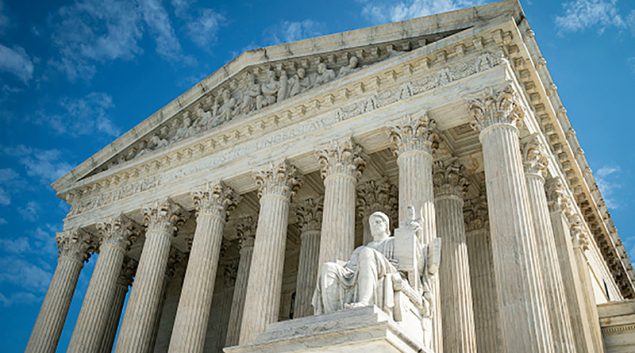 The Supreme Court has overturned 49 years of a women’s right to an abortion in siding today with Mississippi Department of Health Officer Thomas E. Dobbs in Dobbs v. Jackson Women’s Health Organization.

Alito said the Constitution does not confer a right to an abortion. Regulating abortion is now a decision that goes back to the states, he said.

An estimated 26 states are expected to enact abortion restrictions.

Alito said abortion is not part of the Constitution’s definition of liberty, nor is it an integral part of a broader entrenched right to privacy.

“What sharply distinguishes the abortion right from the rights recognized in the cases on which Roe and Casey rely is something that both those decisions acknowledged:  Abortion is different because it destroys what Roe termed ‘potential life’ and what the law challenged in this case calls an ‘unborn human being,'” Alito wrote.

Alito said, “We hold that Roe and Casey must be overruled. The Constitution makes no reference to abortion, and no such right is implicitly protected by any constitutional provision, including the one on which the defenders of Roe and Casey now chiefly rely–the Due Process Clause of the Fourteenth Amendment. That provision has been held to guarantee some rights that are not mentioned in the Constitution, but any such right must be ‘deeply rooted in this Nation’s history and tradition’ and ‘implicit in the concept of ordered liberty.'”

He continued, “It is time to heed the Constitution and return the issue of abortion to the people’s elected representatives.”

The Supreme Court case pivoted on Mississippi’s Gestational Age Act, which generally prohibits abortion after the 15th week of pregnancy – several weeks before a fetus is regarded as viable outside the womb.

“In urging our review, Mississippi stated that its case was ‘an ideal vehicle’ to ‘reconsider the bright-line viability rule,’ and that a judgment in its favor would ‘not require the Court to overturn’ Roe v. Wade, and Planned Parenthood of Southeastern Pa. v. Casey. Today, the Court nonetheless rules for Mississippi by doing just that.”

In dissenting, Justices Breyer, Sotomayor and Kagan said of the ruling, “It says that from the very moment of fertilization, a woman has no rights to speak of. A state can force her to bring a pregnancy to term, even at the steepest personal and familial costs. An abortion restriction, the majority holds, is permissible whenever rational, the lowest level of scrutiny known to the law. And because, as the Court has often stated, protecting fetal life is rational, States will feel free to enact all manner of restrictions. The Mississippi law at issue here bars abortions after the 15th week of pregnancy. Under the majority’s ruling, though, another state’s law could do so after ten weeks, or five or three or one – or, again, from the moment of fertilization.”

The ruling will affect all providers, said Greer Donley, assistant professor at the University of Pittsburgh Law School.

“It’s going to affect all providers. For states that ban abortion, hospitals are the one entity … required to perform lifesaving abortions.”

Every state would be different, Donley said. Providers would have to look at individual state law, including whether there is an exception for the life of the mother or to protect the health of the mother.

“Then they have to figure out in real time the person presenting in their ER,” she said. “These are going to be exceptionally complicated.”

Today’s decision follows the leak of a draft opinion in May.

The AMA and more than two dozen medical organizations had filed an amicus brief in the Mississippi case with the Supreme Court, saying “Abortion is a safe, common and essential component of healthcare.”