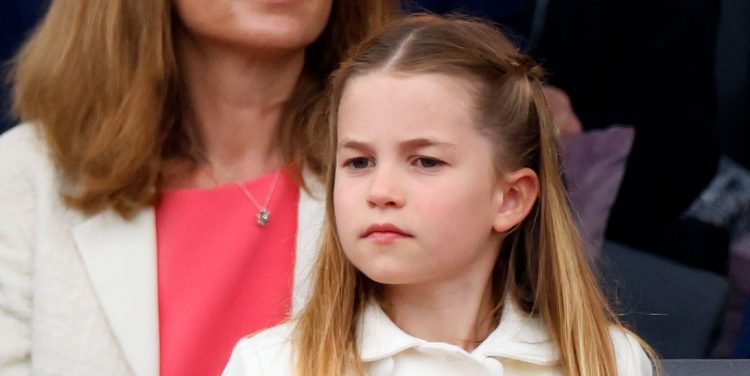 England’s Lionesses are facing off against Germany in the Euro 2022 final at Wembley, and Prince William and Princess Charlotte are cheering them on. The Duke of Cambridge and his seven-year-old daughter are big fans and they shared a rare video of her speaking on social media with some well-wishes for the team. The Cambridges often attend sporting events together, and Charlotte is clearly keeping the fandom tradition going.

In the short clip shared to the family’s social media accounts, Prince William speaks to the camera with Charlotte beside him, saying, “We both want to wish the Lionesses the best of luck tonight. You’ve done amazingly well in the competition and we’re rooting for you all the way.”

In the video, William is wearing a bright blue button down shirt and Charlotte has on a navy blue top covered in white polka dots. She has her long brunette hair down and looks strikingly like her mother, Kate Middleton.

The Lionesses are playing for their first major trophy, and Germany has won the title eight times. They’ve also beat England 21 out of the 27 times they’ve faced off. In September last year, Sarina Wiegman took over as coach. The team’s wins have since gone way up and they did beat Germany in February.

Wiegman said the team is ready, adding, “When you reach a final, then you’re one of the best teams in the tournament. I think we have a very good team too, and we don’t fear anyone.”

Wembley is expecting 90,000 fans for the final, which would beat a record previously set in 1964, when 79,115 fans watched Spain host the Soviet Union in the men’s final.