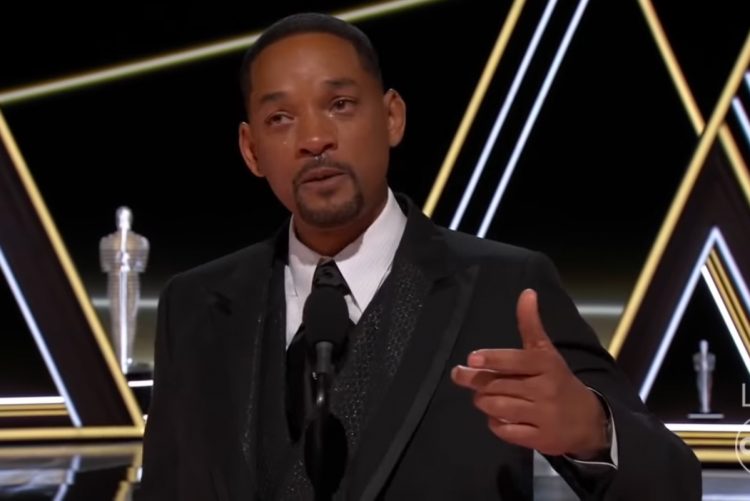 It looks like Netflix is trying to put some distance between itself and Will Smith following his behavior at this year’s Oscars.

According to The Hollywood Reporter, the popular streaming service has quietly moved the upcoming action-thriller Fast and Loose, which the 53-year-old actor planned to star in, to the back burner after he hit Chris Rock for making a joke about Jada Pinkett Smith’s shaved head. Fast and Loose was set to follow the story of a crime boss who loses his memory following an attack and pieces together his memories, only to discover he was living a double life of a wealthy kingpin and a bankrupt CIA agent.

Its director David Leitch actually left the movie a week before the incident, too, opting to take a job directing Universal’s Fall Guy starring Ryan Gosling instead. Netflix had been frantically searching for a replacement director to take over the project up until the infamous slap. Now, in light of the recent events, it is unclear whether Netflix will move forward with production, seek out a new lead and director for the film, or just keep it on the back burner permanently.

Related: Denzel Washington Speaks Out About Will Smith Slapping Chris Rock At The Oscars

But that’s not the only film possibly in jeopardy…

Insiders told The Hollywood Reporter that it seems like Sony also has put the production of Bad Boys 4 on hold indefinitely, even though Will reportedly already received 40 pages of the script before the awards show. Yikes! The Fresh Prince of Bel-Air alum still has numerous projects in place, including Apple+’s Emancipation. While the film is already in post-production, a release date has not been announced yet. However, the streamer had planned on sometime in 2022, so we’ll have to wait and see if that will still happen on schedule.

This is just the latest in the fallout from his actions. On Friday, Will actually resigned from the organization, saying that he is willing to accept “any and all consequences” that result from the Academy of Motion Picture Arts and Sciences conducting a former review of the assault:

“The list of those I have hurt is long and includes Chris, his family, many of my dear friends and loved ones, all those in attendance, and global audiences at home. I betrayed the trust of the Academy. I deprived other nominees and winners of their opportunity to celebrate and be celebrated for their extraordinary work. I am heartbroken.”

Things are not looking good for Will, huh! Are you surprised this project has been put on the back burner, Perezcious readers? Do you think his other project will follow suit? Let us know your thoughts on the latest in the situation in the comments (below).