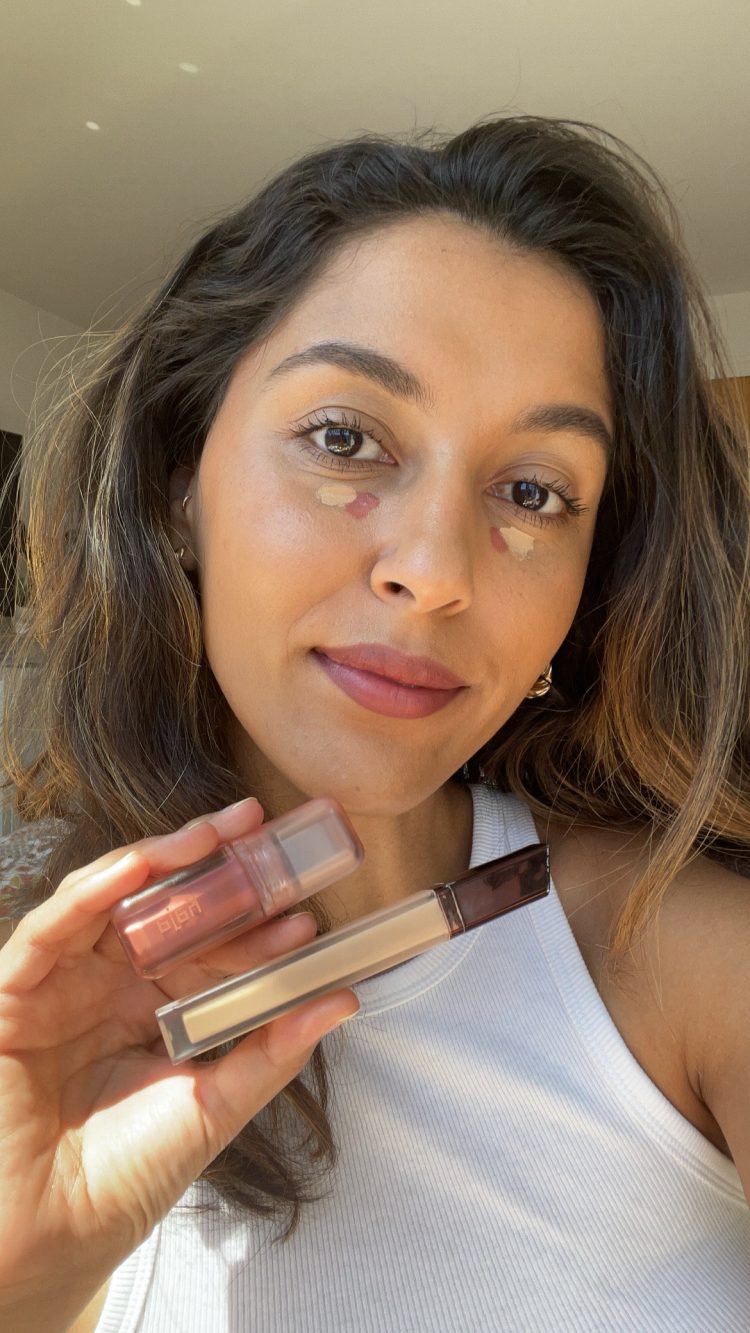 I can’t be the only one who wonders what it’d be like if the Kardashian glam squad did an entire beat on me. And in this fantasy world, I’d pick makeup artist Ariel Tejada to do the honours. I’m just dying to know how he achieves that subtle pink under-eye look that gives Kylie Jenner a fresh and natural-looking complexion. While I’m still waiting for the day Tejada rings my line for a makeover, I’ve come across yet another TikTok makeup trend — adding blush to under-eye concealer — that just might hold me over until then.

The original TikTok came from @paintedbyspencer, who narrates his eight-second video saying, “If you’re not blending your blush up to your undereye area, you’re missing out — just sayin’,” while patting on a dusty-rose powder blush above his cheekbones to get healthy-looking and bright undereyes that give a lifting effect to the face. It wasn’t long after the post that content creators ran with this trend, recreating their own versions.

One user, whose video has been duetted more times than I can count (and someone I follow for her fierce cat eye and natural base), is @makeupbyalissiac. She applies Rare Beauty Soft Pinch Liquid Blush in the inner corner below her under-eyes, blending it out with Nyx Professional Makeup Bare With Me Concealer Serum using a concealer brush. And for the finishing touch, she sets her under-eyes with a vibrant, hot pink powder blush.

While I was shook by how flattering and natural the results were — and with a liquid blush no less — it was her caption, “mixing liquid blush with my concealer has changed my life,” that had me to reach for my Kaja Whipped Dream Multi-Eye & Cheek Colour and Hourglass Vanish Airbrush Concealer as soon as the video ended.

With my concealer and blush in hand, I decided to wait a beat and reach out to New York City-based makeup artist Tommy Napoli for an expert opinion on this trend. “Blush should be applied as high up on the apple of the cheeks and as close to the under-eyes as possible,” Napoli tells me. Why? He says people typically apply blush too low, which can “highlight the most-downturned features, making the face appear saggy or sad.”

If you are like Napoli and believe that “makeup can be an emotional exercise,” applying the blush high up on the apples can give the illusion of higher cheekbones and a gravity-defying lifted face.

After applying a penny-size dot of blush at the inner corners of my eyes, I layered the same amount of concealer adjacent to the blush, using a damp Beautyblender to blend it all in. To my surprise, the dusty-rose blush gave a colour-correcting effect to my under-eye area, just as Napoli said it would.

“It ‘adds blood’ to the under-eyes, thus canceling out any grey shadows underneath,” he says. “Cream blushes and correctors are often similar in texture and formula.” (It’s an old trick, which is why you may have noticed your grandmother applying  lipstick to her cheeks too.) 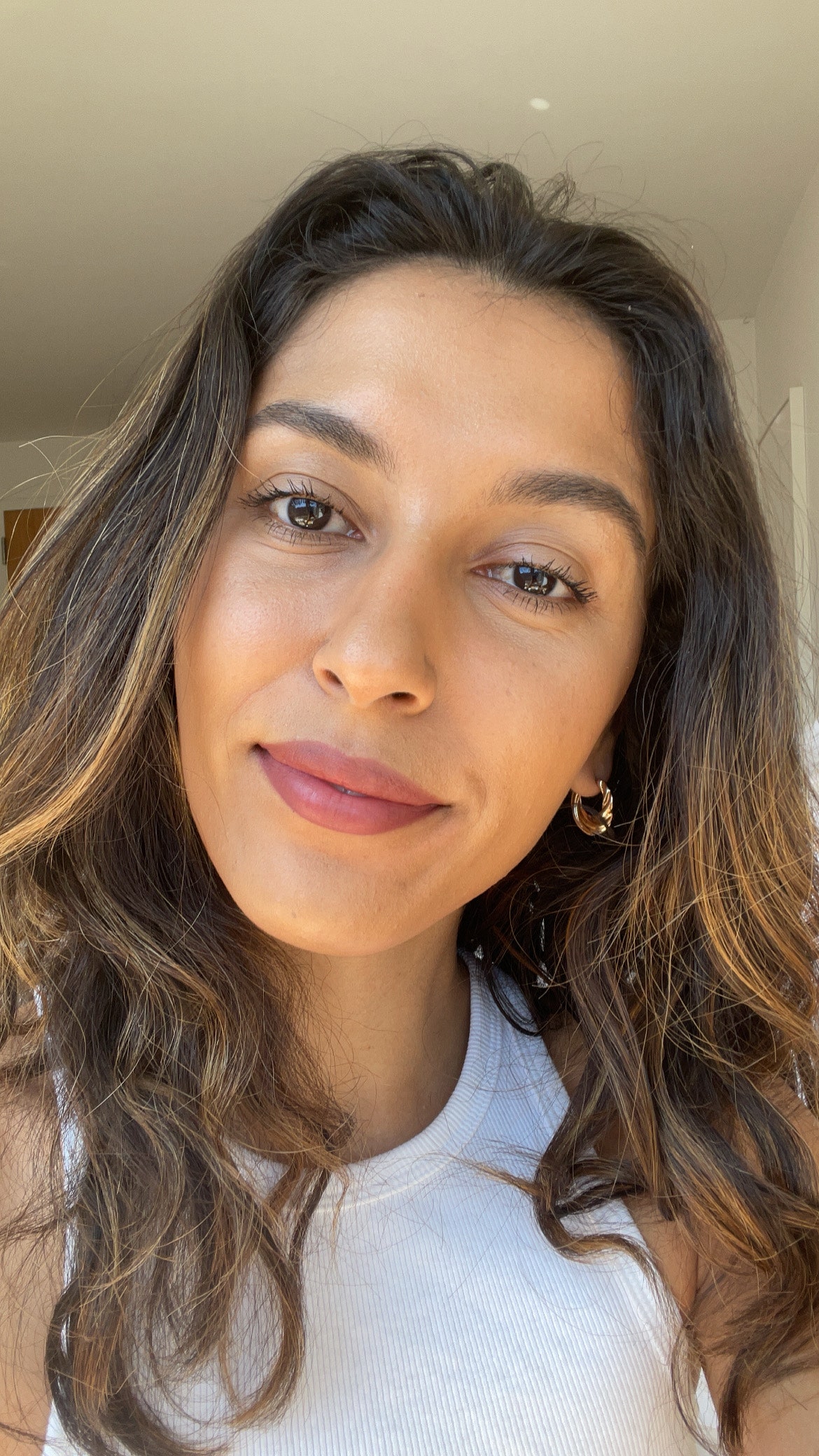 When it comes to picking the right colour of blush, Napoli states it should have some element of peach or coral to colour correct the under-eyes – since most people have blue-grey under-eyes from lack of blood flow – and the opposite of blue is orange. Some products Napoli uses in his own kit for under-eye correction and as a cream blush are: Stila’s Convertible Colors and Charlotte Tilbury Magic Vanish Under Eye Corrector in #4 for deeper skin tones.

The final verdict: I most certainly will be colour-correcting my under-eyes with a liquid blush before going in with my concealer on the days I decide to go full beat. Honestly, who doesn’t like a two-in-one? So what are you waiting for? Give it a try.

This article originally appeared on Allure.