Is Kailyn Lowry Pregnant With Baby No. 5? Photos, Clues 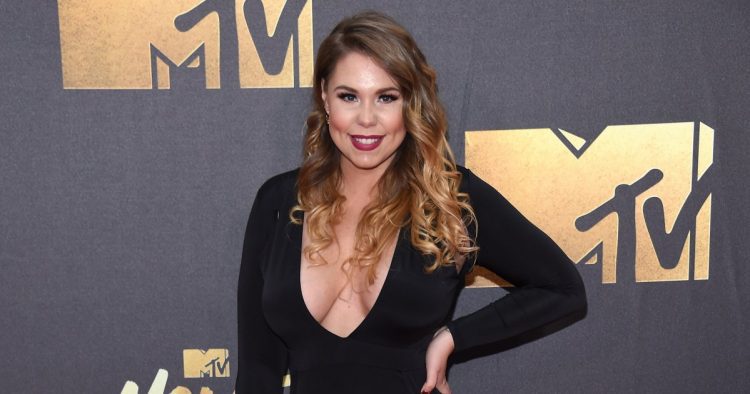 What Did Chris Lopez Say About Kailyn Lowry’s Alleged Pregnancy?

On July 25, Chris took to Twitter to share a cryptic post that he later deleted. While he didn’t directly name the reality star in the tweet, the post appears to be about her. Both Kailyn and Chris – who share two sons together – have been known to slam each other via social media.

“Out here talking bout you’ll beat me up now you know you gotta protect the belly stop,” he wrote in the now-deleted tweet, which was shared by Instagram fan account @teenmomshaderoom_.

Chris also took to his Instagram Stories to further claim that a woman threatened to beat him up. “As a woman, what possessed you to say, ‘I will really beat you the f–k up,’” he said while driving in his car, adding that the person in question “can’t fight” and is “not like that.”

He continued, “I get it. Your boyfriend’s in the car, but why would you want him to get his ass whooped?”

Kail was later spotted outside her Delaware home on Thursday, July 28. Based on the photos obtained by The Sun, fans began speculating further that the Pride Over Pity author was with child.

Just one week after the photos surfaced, Teen Mom Instagram fan account @TeenMomFanz claimed to confirm the news after “one of Chris Lopez’s family members reached out.”

“They also went on to say that she is ‘about 12 weeks’ and allegedly due in ‘February 2023,’” the outlet continued.

“We found out just like y’all,” Chris shared in a since-deleted Instagram Story on August 3 responding to the fan page. “I was just talking [s–t] with no actual proof but at this point show the ‘family member’ because none of the family I know knew the information given,” Chris continued, referring to his original tweet. “I been pretty vocal about fan pages to follow and this one was never one.”

Did Kailyn Lowry Publicly Respond to the Pregnancy Claims?

The MTV star has not yet publicly responded to Chris’ claims that she’s pregnant.

However, fans believe he may be talking about her in the clip because the pair have gotten into physical altercations in the past and regularly feud online.

In September 2020, Kailyn was arrested on offensive touching charges following an altercation with Chris. The charge was later dropped.

Who Is Kailyn Lowry Dating?

Kailyn is currently in a relationship with Elijah Scott.

The TV personality first confirmed she was dating someone new on April 15 while promoting a vitamin company via Instagram.

“Me and my boyfriend actually send pictures of Open Vitamins that we take every morning. He will send me a picture of his and I will send a picture of mine,” she teased.

Chris later claimed that his ex had a new boyfriend and that they were living together. “I’ll just put it out there,” Chris said during an April episode of his “P.T.S.D. – Pressure Talks with Single Dads” podcast. “[The kids] told me that the dude lives with them.”

“That kind of threw my head off, but I can’t control what [Kailyn does],” he added.

How Many Children Does Kailyn Lowry Have?

Kailyn is the mother to four sons. She welcomed her eldest son, Isaac, with ex Jo Rivera in 2010.

The “Coffee Convos” podcast host later had son Lincoln, 8, with ex Javi Marroquin, whom she was married to from 2012 until 2017.