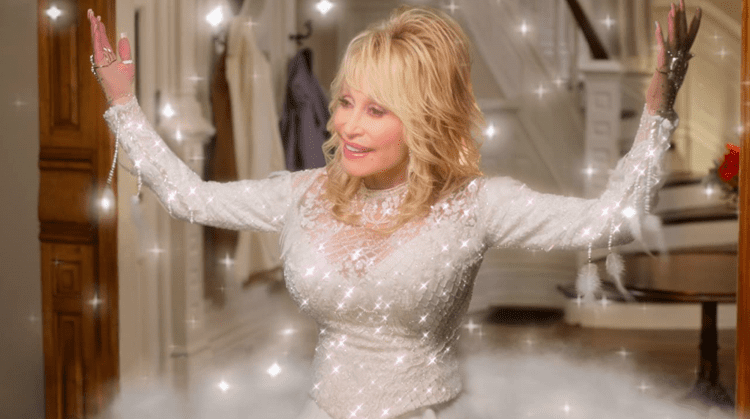 A seasoned vet and an emerging talent will both be celebrated with awards this fall. According to the Associated Press, Dolly Parton will be among those receiving the Carnegie Medal of Philanthropy at a private ceremony in New York October 13. Meanwhile, per Variety, Ana de Armas will be honored with the Hollywood Rising-Star Award at the Deauville American Film Festival next month.

Parton is being presented with the Carnegie Medal of Philanthropy in recognition of the $1 million she donated to coronavirus vaccine research in 2020.

“I’ve always believed that if you are in a position to help, you should help, and I truly hope that I can be an inspiration for others to lift up those around them,” Parton stated. “Whether through my Imagination Library or giving to COVID-19 research, I try to support things that have a special meaning for me. I hope everyone can find something they’re passionate about supporting and do what they can to help make this world a better place.”

Parton will be inducted into the Rock and Roll Hall of Fame in November. She is set to star in and produce the feature version of her bestseller, “Run, Rose, Run,” published this past March. Reese Witherspoon is also producing. Parton — who counts “9 to 5” and “The Best Little Whorehouse in Texas” among her acting credits — has received two Oscar nods for Best Original Song (for “Transamerica” and “9 to 5”). She has sold over 100 million records worldwide.

“Seriously Red,” Gracie Otto’s musical about a Dolly Parton Impersonator was recently acquired by Gravitas Ventures. A 2023 release is being planned for the pic, which made its world premiere at SXSW earlier this year.

De Armas’ new film, “Blonde,” in which she stars as Marilyn Monroe, will screen at Deauville following its debut in Competition at Venice Film Festival.

In the past few years, de Armas has appeared in a number of buzzy projects, such as her breakout film, “Knives Out,” “Blade Runner 2049,” “No Time to Die,” “Deep Water,” and “The Gray Man.” She received a Golden Globe nod for the former, and is expected to be one of the top contenders for a Best Actress Oscar nomination thanks to her role in “Blonde,” which hits Netflix September 28.

De Armas also seems to be gaining some clout in the industry, and is using it for good. It was recently reported that she tapped “Promising Young Woman” filmmaker Emerald Fennell to punch up the script for one of her upcoming projects, “John Wick” spinoff “Ballerina.”