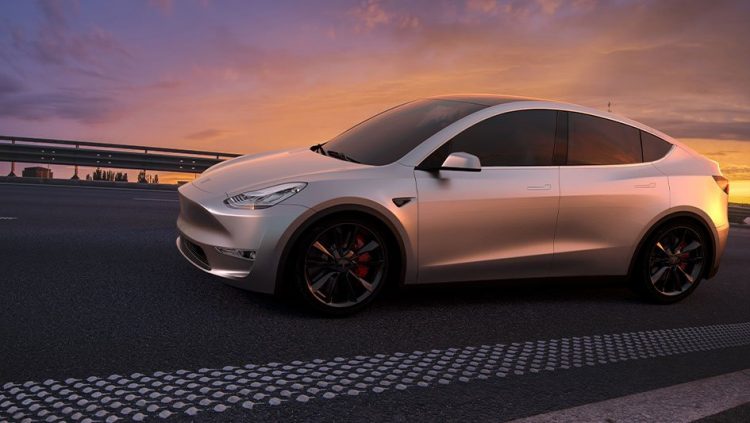 
The stock market rally is in the midst of a modest pullback after a strong run from mid-March lows.

The major indexes still look healthy. But investors should be cautious about new buys in the very short term and be ready to exit positions if they aren’t working. Growth and shipping stocks ran into trouble late last week, such as Dutch Bros (BROS) and J.B. Hunt Transport Services (JBHT).

Tesla Vs. BYD: Which Booming EV Giant Is The Better Buy?

Tesla stock is on IBD Leaderboard and the IBD 50. XOM stock is on the IBD Big Cap 20, which is full of energy and commodity names. The video embedded in this article analyzes the market rally and discusses Apple (AAPL), JBHT stock and SEDG stock.

Beijing is signaling that it will back down vs. the U.S. over accounting oversight, easing delisting fears.

U.S.-listed Chinese stocks rallied Friday on a report that China was moving toward giving U.S. auditing regulators access to those companies’ books.

But China’s widening lockdowns and restrictions, including Shanghai’s extended shutdown could have a significant impact on production and demand, hitting Chinese stocks.

Remember that overnight action in Dow futures and elsewhere doesn’t necessarily translate into actual trading in the next regular stock market session.

The 10-year Treasury yield sank 11 basis points last week to 2.38%. The two-year Treasury yield spiked to 2.43%, decisively moving above the 10-year rate. This yield inversion is a possible recession signal — down the road — with the Fed set to aggressively raise rates at upcoming meetings. Experts differ on whether the yield curve inversion poses a serious recession risk. Fed chief Jerome Powell recently noted that the very short end of the yield curve is still well below long-term rates.

Tesla on Saturday reported Q1 global deliveries of 310,048, just topping Q4’s record of 308,600. Analysts had expected deliveries of 309,000, though some consensus forecasts were higher.

Tesla produced 305,407 vehicles in Q1 vs. 305,840 in Q4. The Tesla Berlin factory has just begun deliveries, while the Shanghai plant has been closed since March 28 amid China Covid restrictions.

Tesla reportedly will remain closed through at least April 4 due to the city’s Covid lockdown.

Tesla stock continued to run up last week toward the 1208.10 cup-base buy point or a trendline entry around 1,145, but might be starting work on a handle.

BYD sold 286,329 EVs and hybrids in the quarter, despite the impact of a subsidy cut in January and the China New Year in February. The company could overtake Tesla sales in Q2 or Q3.

Apple stock broke out Tuesday above a 176.75 double-bottom buy point. But after an 11-day win streak, it wasn’t a surprise to see the iPhone giant pull back, retreating modestly in the last three sessions. For the week, AAPL stock edged down 0.2% to 174.31. It’s now working on a handle on a daily chart, but that needs at least two more days to be proper. On a weekly chart, Apple stock technically has a small handle with a 179.71 buy point. But investors likely should wait for at least a daily handle to form, perhaps with a little more depth.

The relative strength line for Apple stock is right at record highs.

Exxon stock, like many other energy plays, showed resilience amid plunging crude prices. Shares fell 2.4% to 83.12 last week, but rebounded from a 10-week line test, according to MarketSmith analysis. At just 2.9% above that key level, investors could buy XOM stock here. They could also wait for the oil major to consolidate further and form a proper base, though that would take a few weeks.

SEDG stock tends to make big intraday swings on a daily basis, but it’s tightening up somewhat on a weekly basis. SolarEdge stock fell 3.7% to 322.83 last week, finding support at its 21-day moving average. Shares are just below a 335.67 cup-with-handle buy point. SEDG stock is still well above the 50-day line, so pausing for a while longer would be helpful.

J.B. Hunt stock had a strong breakout on March 16, initially pulling back gradually before failing decisively this week. After breaking below the buy point earlier in the week, JBHT plunged Friday below the 50-day line and closed below its 200-day for the first time in nearly two years. JBHT stock fell 9.6% on Friday, leading all S&P 500 decliners, and was down 13.2% for the week.

The stock market rally ran up through Tuesday, breaking past fresh resistance levels. Then the major indexes pulled back, with the Nasdaq stopping short of the 200-day line while the Dow Jones fell back below that key level.

So far this is all still normal, with Friday’s push for slim gains suggesting the rally is in sound condition. But investors don’t know if stocks will quickly rebound, continue to pull back or move sideways for a few weeks, or if conditions will rapidly deteriorate.

Apple stock, Tesla and many others are working on possible handles. But those are still generally works in progress.

A lot of tech stocks struggled late last week, notably chips. Several of those names were still deep in bases, but others like Alpha & Omega Semiconductor (AOSL) were failed breakouts. AOSL stock crashed 18% last week, with an even-bigger reversal from Wednesday’s highs.

The sell-off in JBHT stock, Union Pacific and other shippers may be related to the weakness in chip and PC names. After staying close to home during the pandemic, Americans may shift spending away from goods toward travel and nights out on the town.

Homebuilders and banks are in downtrends, struggling with rising interest rates and flat-to-inverted yield curves, respectively.

Meanwhile, cyclicals such as energy, steel, fertilizer plays and more reasserted themselves late in the week. Some like XOM stock and Shell (SHEL) are near buy points, while others are extended.

What To Do Now

The powerful initial stock market rally run is over. Investors also should step back and take a look at their holdings.

Are you too concentrated in specific sectors? While the major indexes closed relatively flat for the week, some sectors and stocks suffered sharp losses. Whether this is the return of sector rotation or just a narrowing market rally, investors need to listen to these market signals and act accordingly.

Work on those watchlists. The recent market action could create a wave of new buying opportunities ahead. So you want to be ready.

Read The Big Picture every day to stay in sync with the market direction and leading stocks and sectors.