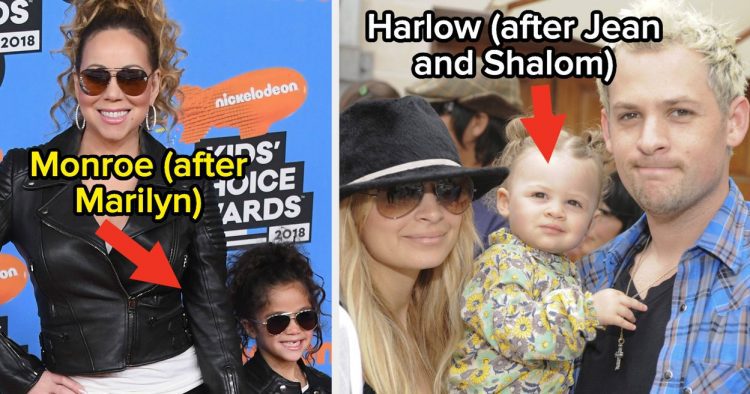 When it comes to baby names, you have no idea what to expect from celebs.

In the past two decades, we’ve seen a major shift from common names to really unique monikers, and celebs have led the charge.

Zany names are the new Hollywood norm, but even ones that sound fabricated can have roots in reality.

Here are the stories behind the famous figures who inspired some celebrity children’s names.

Joel Madden and Nicole Richie had interesting inspiration for both their kids’ names.

They named another one of their sons Spurgeon after Charles Spurgeon, a British preacher from the mid to late 1800s.

Would you name your child after a famous person? Would being famous yourself change that? Let’s discuss in the comments.