The Rock Seemingly Shares His Attraction To Megan Thee Stallion, Boyfriend Pardi Trends Online After Harshly Reacting To The Actor’s Statement About Wanting To Be The Rapper’s Pet 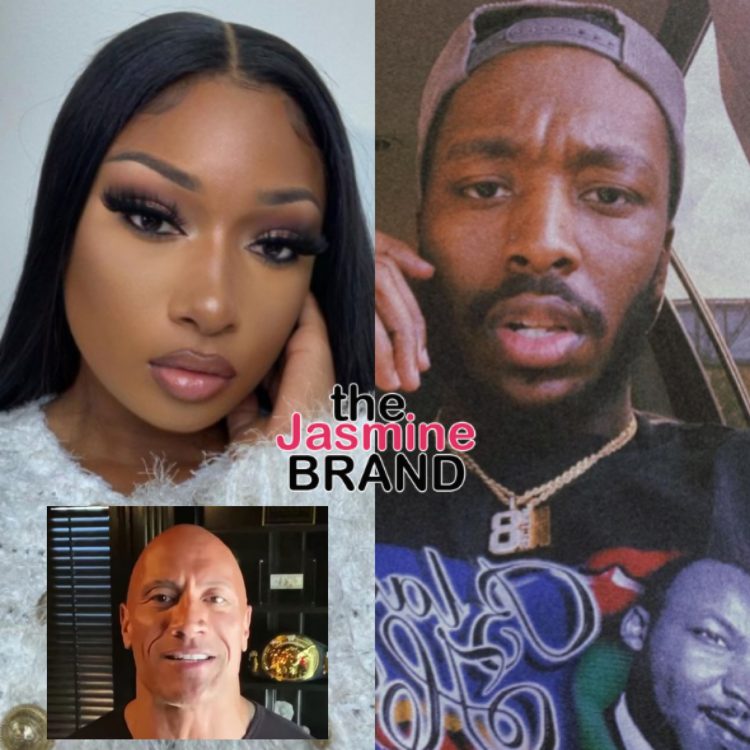 The Rock Seemingly Shares His Attraction To Megan Thee Stallion, Boyfriend Pardi Trends Online After Harshly Reacting To The Actor’s Statement About Wanting To Be The Rapper’s Pet

Pardi recently dropped off a questionable comeback to Dwayne “The Rock” Johnson after the former wrestler seemingly shared his desire to be one of Megan Thee Stallion’s pets.

On August 7, rapper Pardison “Pardi” Fontaine took to social media to respond to a viral clip of The Rock and his co-star Kevin Hart in a recent interview for their new movie “DC League of Super-Pets.” In the circulating clip, when the interviewer asked the actors what celebrity they would want to be a pet to, The Rock immediately responded with,

When asked for an explanation as to why he would choose the Houston Hottie to be his pet owner, The Rock didn’t go into detail and replied,

“We don’t have to talk about that.”

not Dwayne “The Rock” Johnson saying he’ll be Meg Thee Stallion dog when they asked him who celebrity dog he’ll be . LMFAOOOOO I FEEL YOU MY BOY . pic.twitter.com/bzqsqerqHX

Since the clip began making its rounds online, Pardi has reacted to the statement via IG comment to seemingly shut down the possibility of The Rock getting the chance of becoming one of Megan Thee Stallion’s beloved pets. He responded with a joke of his own and wrote,

“All Our dogs is named after #s… Just teach ya wife how to use seasoning… You’ll be iight… Moana is the sh*t tho.” 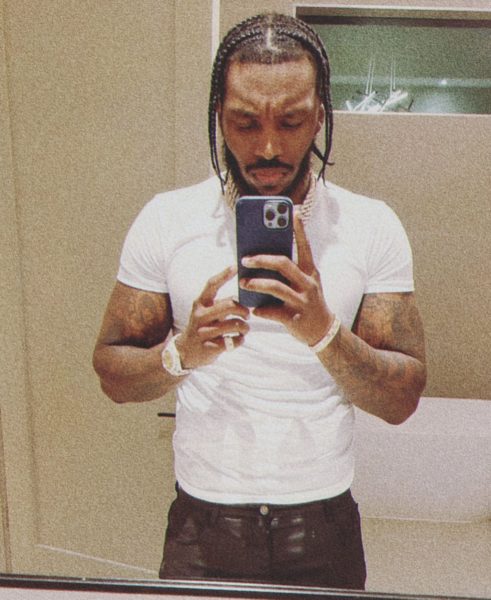 Reportedly, Megan Thee Stallion owns three French Bulldogs, a Pit Bull, a Merle dog, and a Cane Corso, whom are all named after numbers. Pardi’s response to the statement has since left social media users confused as to why The Rock deserved a seemingly snarky comment. The Rock and Pardi both spent some time as trending topics in the U.S. on Twitter. 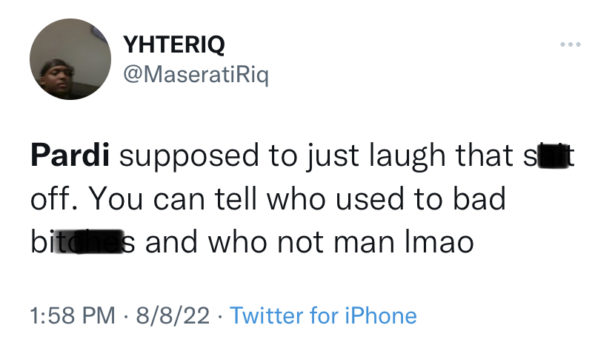 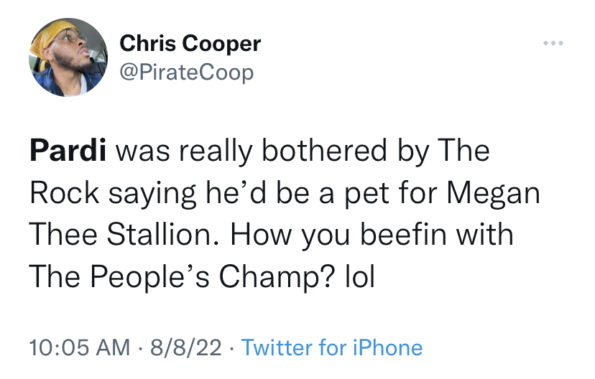 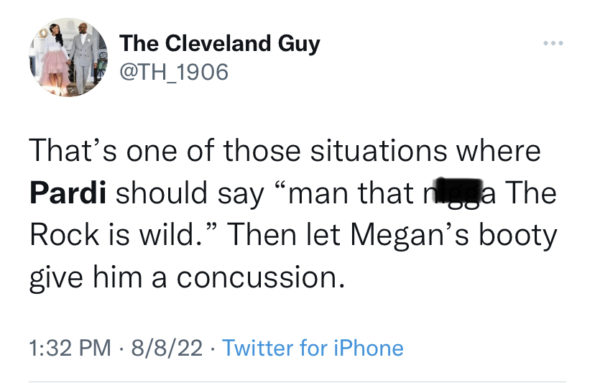 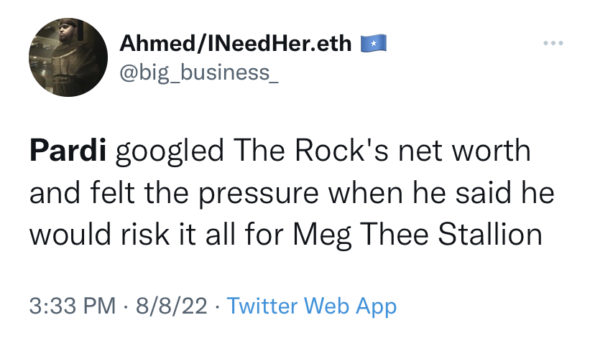 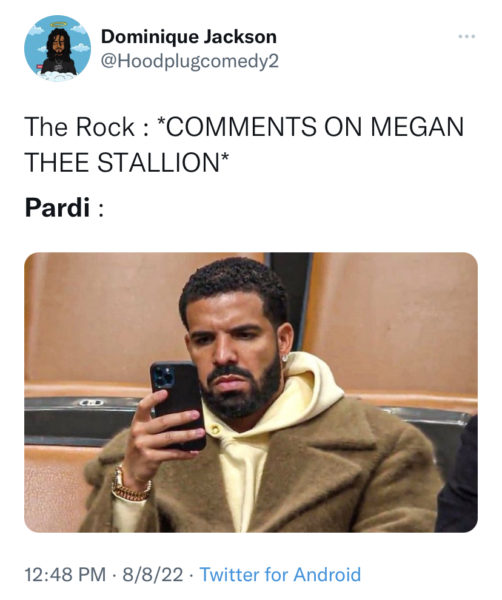 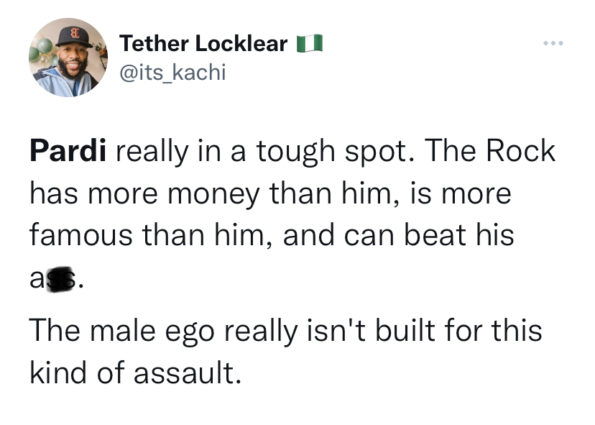 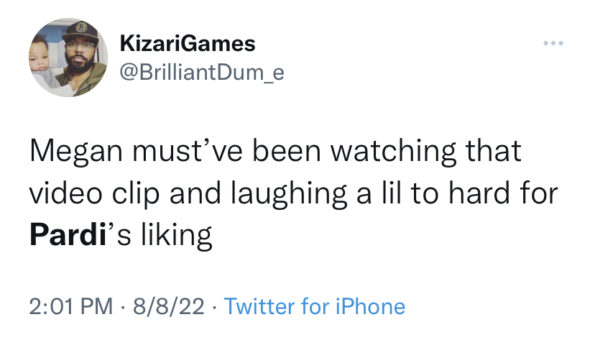 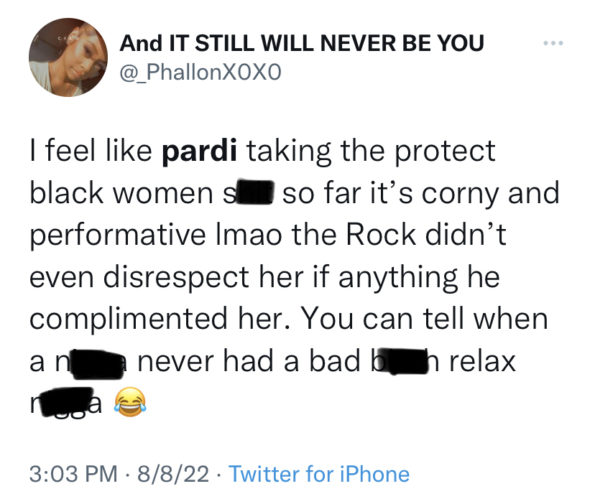 On August 8, the 32-year-old New York rapper responded to the backlash for his harsh comeback towards the famed actor. Pardi took to Twitter after seemingly being blasted with notifications. He tweeted,

“Of all the things to be worried about y’all think I’m mad at the Rock.”

Deeming the comeback as a joke, Pardi added,

“The comment started all our dogs #s and ended with Moana is my sh*t I deleted it (yesterday).. cus it seem like ppl took it wrong… thought maybe my joke was in poor taste.” 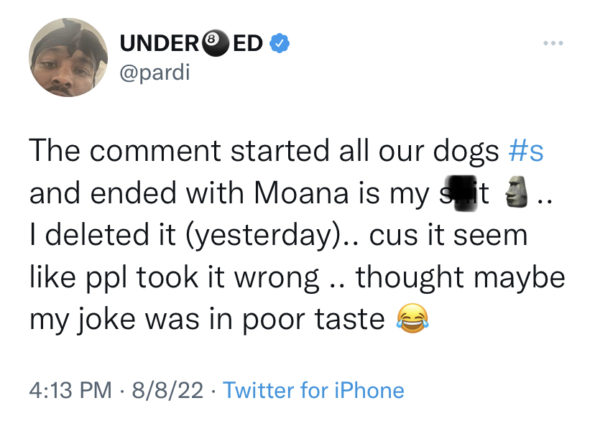 The Rock, 50, is married to his long-term girlfriend Lauren Hashian, 37. The pair have been dating since 2006 and have two children together. 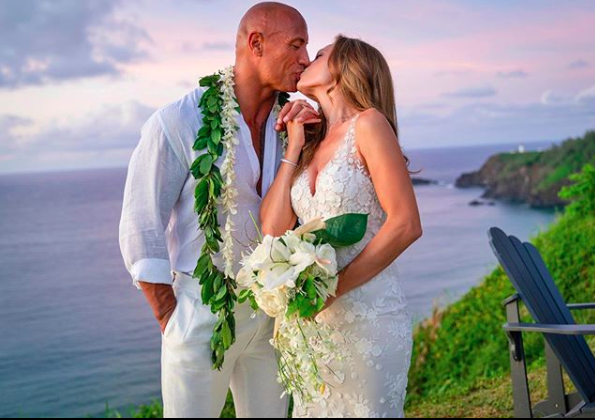 Megan, 27, met Pardi when they began working on “Savage Remix (featuring Beyoncé).” In February 2021, the Houston native confirmed that she and Pardi are together. 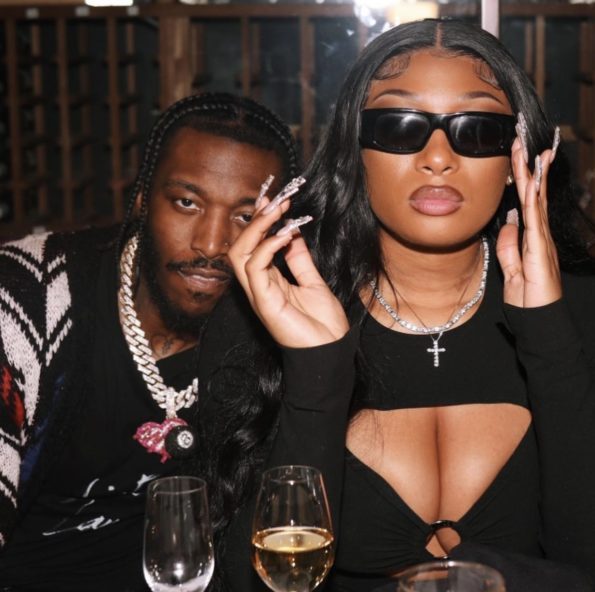 What are your thoughts on Pardi’s comments? Let us know below!