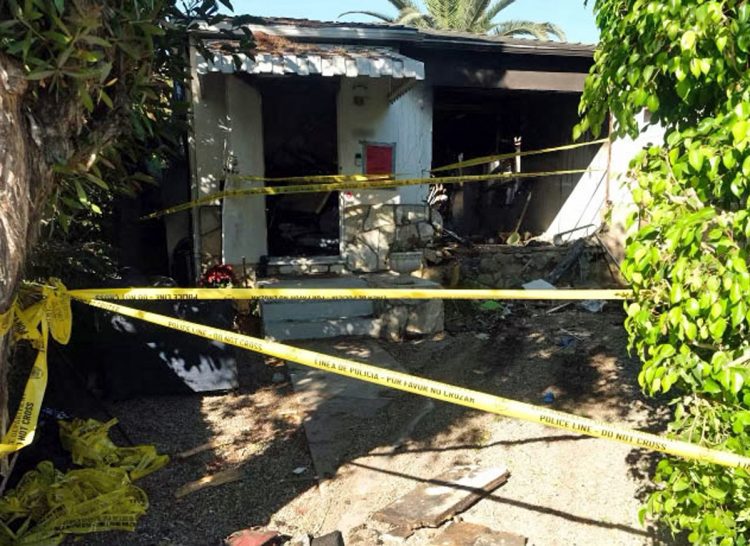 Anne Heche took a trip to the salon in Venice, California before her scary car crash last week.

As Perezcious readers know, the actress is currently in “critical condition” at the hospital, suffering from significant injuries after she crashed into a building that was promptly set on fire. Her representative told People on Monday:

“She has a significant pulmonary injury requiring mechanical ventilation and burns that require surgical intervention. She is in a coma and has not regained consciousness since shortly after the accident.”

The LAPD is currently investigating the incident and secured a search warrant to test her blood to determine if she was intoxicated at the time of the crash, according to The Times. Now, more details about her day before the crash are coming to light.

Richard Glass, the owner of Glass Hair Design in Venice, told The Los Angeles Times on Monday how Heche, whom he’d never met before, made a surprise stop at his salon (located just two miles from the crash site) hours before the accident. But despite the unusual visit, he insists she “wasn’t speaking in cursive” — a phrase he likes to use for someone who seems intoxicated.

While there, the Volcano actress inquired about purchasing a blue wig. When he explained it was unavailable, she opted for a red wig instead (choosing to buy it even though it had not been cut, styled, or washed yet). Richard didn’t recognize the celeb until he went to check her out, at which point she posed for a selfie with him. In the photo, the 53-year-old can be seen smiling with no makeup on while holding up her purchase. Richard captioned it:

“So I met @anneheche today and she purchased a #redwig so random.. I love #venicebeach #actress #director #mom #celebrity #lifestyle”

He told The Times the Six Days Seven Nights star acted like “a sweet little girl” while in his shop, adding that she was “very pleasant” but their meeting was “very, very random” and “so strange.” At one point during their interaction, Anne reportedly “grabbed [the owner’s] face” and cuddled it before asking if he had done her hair before. He said he hadn’t, but offered to work with her, though it seems she only bought a wig during this particular visit. The stylist also noted that the wig can be seen in one of the viral photos of Anne taken on the same day, noting:

“In one of the images TMZ posted, you can see the wig on the console.”

It’s true! Take a look at the passenger side of her car (below):

Spot the sliver of red? Seems she really did hit up the salon before going about her day.

As we reported, videos of Heche, taken before she hit a garage and later struck a home in Mar Vista, showed her speeding around a neighborhood erratically. An episode of her podcast, Better Together, which was recorded earlier in the week and released ahead of the crash, also raised concerns that she was drunk. It has since been deleted.

The Los Angeles Fire Department previously shared via Fox News that it took “fifty-nine firefighters” around “65 minutes to access, confine and full extinguish the stubborn flames.” Whoa. This remains such a devastating situation, with many unexpected twists and turns. We are wishing Anne well in the hospital.