Euphoria actor, Angus Cloud revealed that he had a near death experience back in 2013!

During a recent interview, the 24-year-old actor revealed he nearly died after falling into a construction pit and breaking his skull in 2013. Angus Cloud said he was walking alone at night in downtown Oakland, Calif., when he fell into a pit. He explained,

“I broke my skull on Friday the 13th. I woke up 12 hours later at the bottom. I was trapped. I eventually climbed out after — I don’t know how long.”

“It was hella hard to climb out, because my skull was broken, but my skin wasn’t, so all the bleeding was internal, pressing up against my brain. But they wasn’t gonna find me down there. I found myself. Or God found me, whatever you want to call it.” 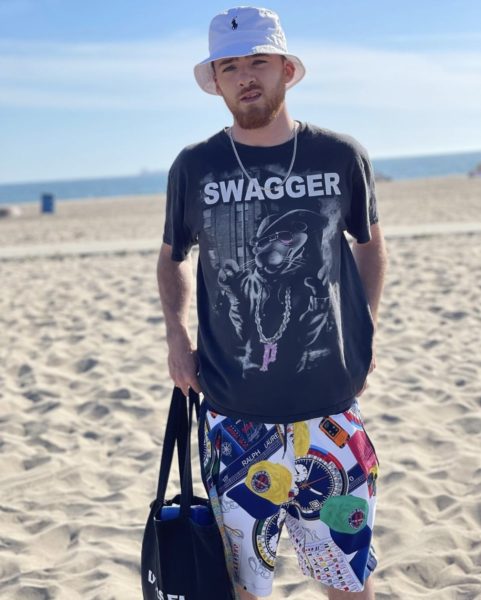 With his fingers broken during the fall, Cloud somehow managed to pull himself out of the 10-foot deep ditch and took the bus home to his mother’s house. He said,

When he got to his mother’s house, she initially thought he was on drugs. Angus Cloud explained:

“Because I was a kid! I was 14 or 15 … my pupils was hella dilated. I was trying to tell her what happened, but I could only start a sentence — I couldn’t finish it. So I was like, ‘I’m just gonna go sleep in my bed.’”

However, his mom did not allow him to go to sleep and took him to the hospital. He explained,

“She gave me some water, and I started throwing up hella mouthfuls of crimson red blood. Sh*t was crazy. So then my mama took me to the children’s hospital, and they saved my life. That’s what the scar’s from. They cut my head open, they put some screws and a plate over where I broke my skull and *sh*t sealed me back up, and that was that.”

“The brain is so fragile.It was damn near like nothing really happened. I’m so blessed to just have minor brain damage. You know, it’s so minor it ain’t even really worth speaking about.”

Angus Cloud attributes part of his cadence and the way he speaks to the accident nine years ago. Reflecting on his speech, Cloud said,

“[It’s] probably a little bit slower. And I mix the front of one word with the back of the next. I’ll scribble-scrabble two words together. Mix-match.”

Cloud stars in HBO’s hit series, “Euphoria” where he plays a drug dealer named Fezco who surprisingly has a heart of gold and is close friends with Rue, played by Zendaya. The series follows the troubled life of 17-year-old Rue, a drug addict fresh from rehab with no plans to stay clean. The show also highlights Rue’s classmates as they struggle to make sense of their futures. The series tackles the teenage landscape of substance-enhanced parties and anxiety-ridden day-to-day life with empathy and candor.