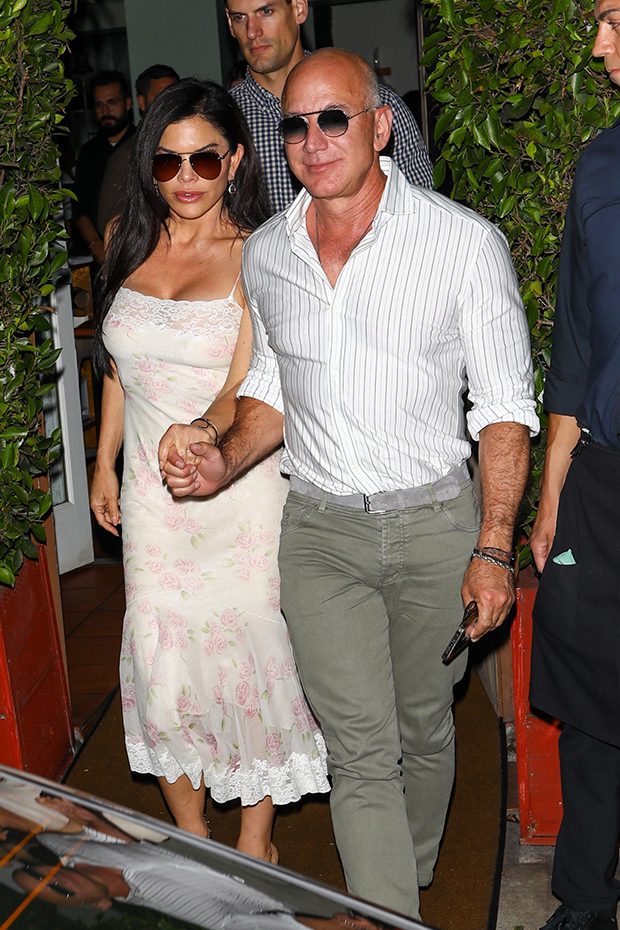 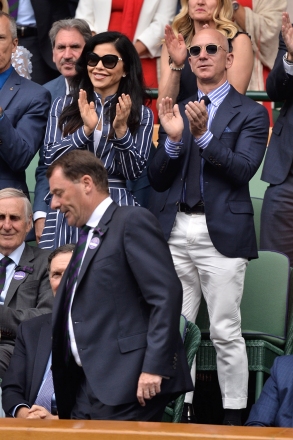 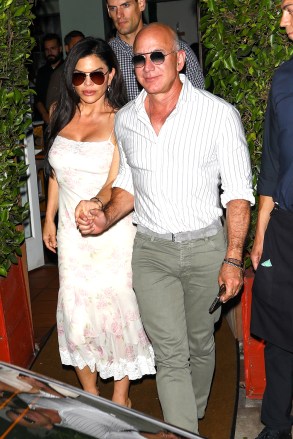 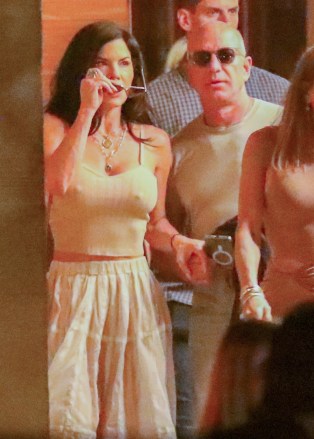 Jeff Bezos, 58, and his girlfriend Lauren Sanchez, 52, were spotted holding hands on a dinner date! The couple stepped out for a meal at famed celebrity hot spot (and known to be one of Rihanna’s favorite spots) Giorgio Baldi in Santa Monica on Thursday, Aug. 11. They twinned in neutrals as they exited the Italian establishment, both rocking wire frame sunglasses. Lauren looked stunning, as she sported beige Gianvito Rossi heels and a floral skin-tight dress. 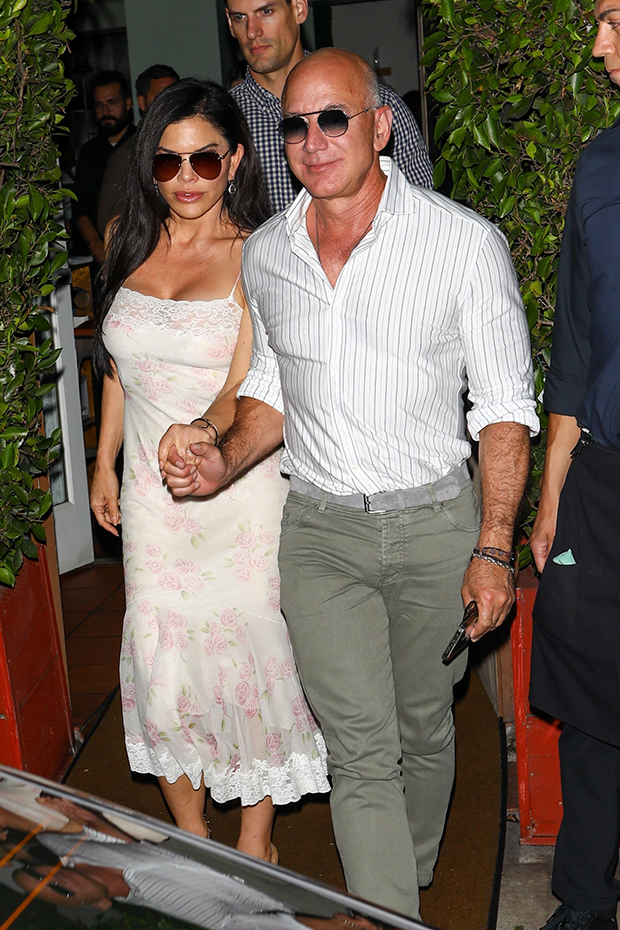 Jeff Bezos and his girlfriend Lauren Sanchez out on a date in Santa Monica on August 11. (The Daily Stardust/ ShotByNYP / BACKGRID)

Jeff also looked stylish as he wore a striped button-down shirt with grey pants, accessorizing with a pair of sunglasses and a silver bracelet. The Amazon billionaire also wore his shirt slightly open to reveal his bare chest while he held onto his girlfriend’s hand after a romantic evening.

Lauren and Jeff’s date night in Santa Monica comes just days after the couple returned from their trip to London. They were spotted on several date nights in the UK, including one at Soho’s Ham Yard Hotel.

The celebrity couple has been going strong since they first started dating back in late 2018, traveling around the world to some of the most iconic destinations. Jeff was previously married to MacKenzie Scott, 52, from 1993 to 2019, and share four kids together — including son Preston Bezos, who is now 22 years old.

Lauren is an Emmy award-winning journalist, who has worked for several news organizations including KTTV Fox 11’s Good Day LA, Fox 11 Ten O’clock News, and Extra. She is also a mother to three children including Evan Whitesell, 16, and Eleanor Patricia Whitesell, 14, with ex husband Patrick Whitesell, 57. The duo divorced in 2019 after a 14 year marriage. Beyond Nikko and Eleanor, Lauren is also mom to Nikko Gonzalez, 21, with ex Tony Gonzalez.

Oliver Daemen: 5 Things To Know About The 18-Year-Old Who Went To Space With Jeff Bezos