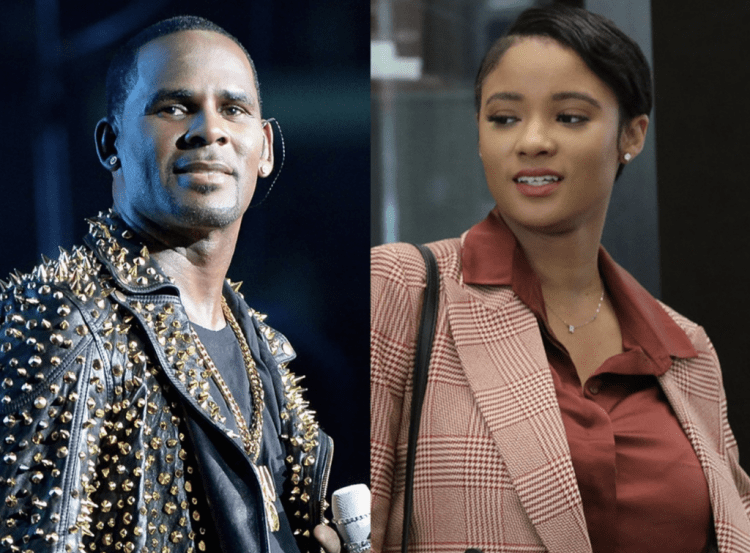 On June 29, R. Kelly was sentenced to 30 years in prison on racketeering and sexual assault charges.

It was widely hoped that that would be the last anyone would hear from the disgraced R&B star.

Sadly, that has not been the case, and Kelly is still making headlines.

That’s largely because of his relationship with Jocelyn Savage. 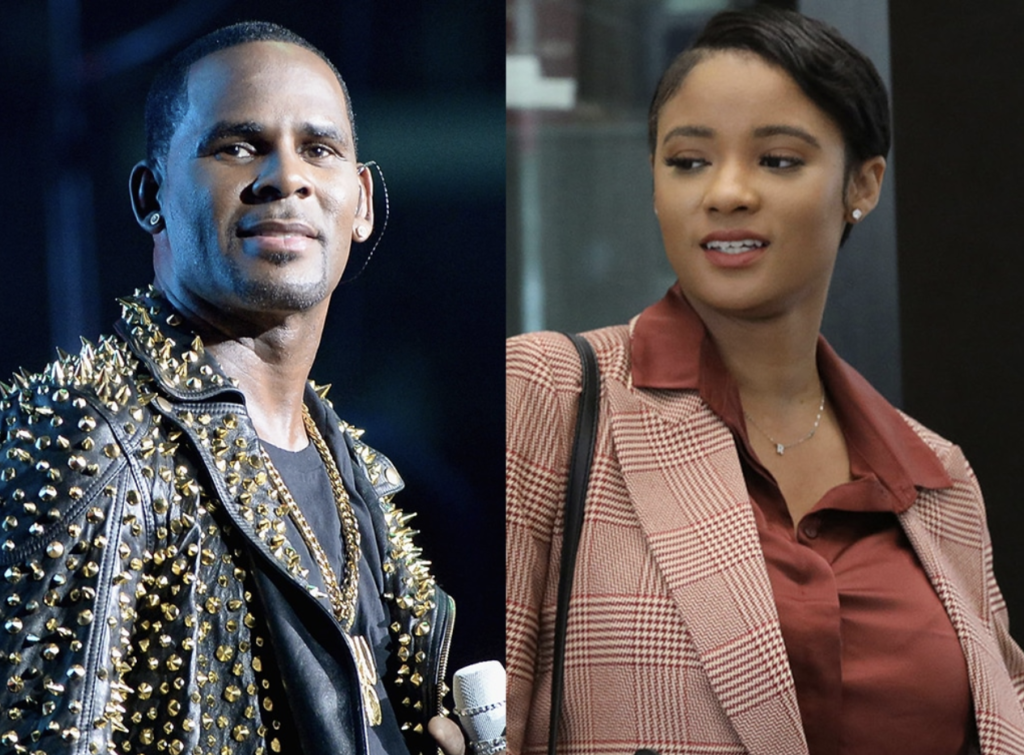 R. Kelly and Jocelyn Savage are engaged. (Photos via Getty)

Shortly after Kelly’s sentencing, Savage revealed that she’s engaged to the singer.

Now, the 26-year-old has dropped another bombshell: 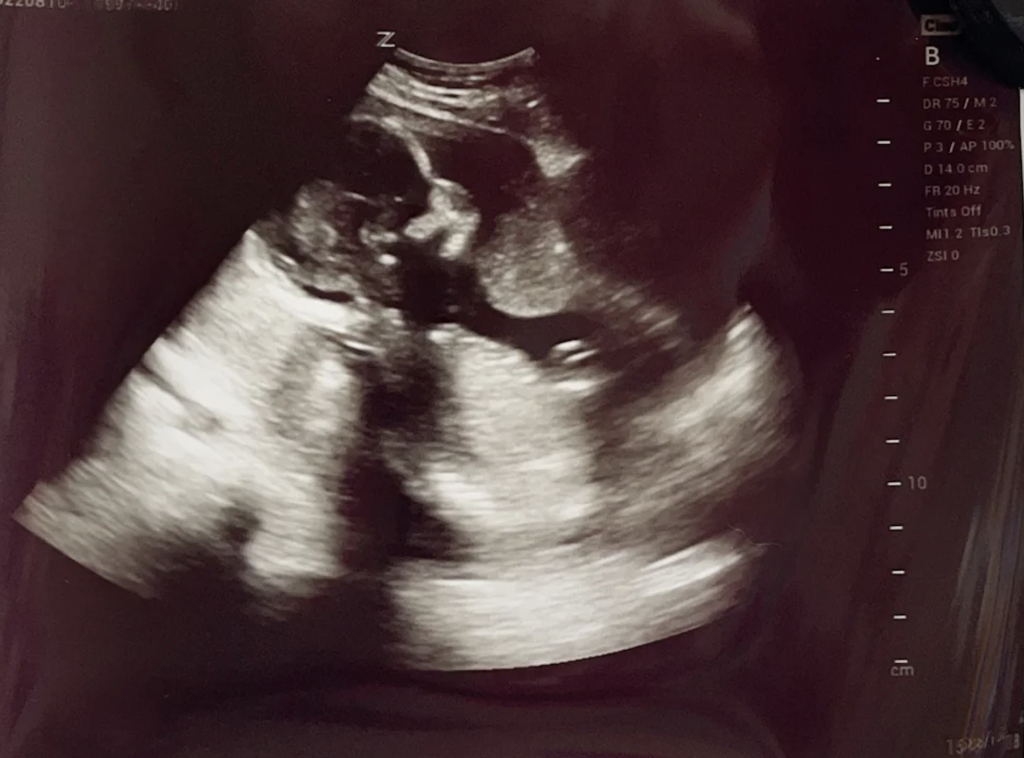 Savage revealed the news with Entertainment Tonight and shared the above sonogram photo as evidence.

Kelly’s legal team has denied that their client is expecting a child, but Savage says she has an explanation for that. 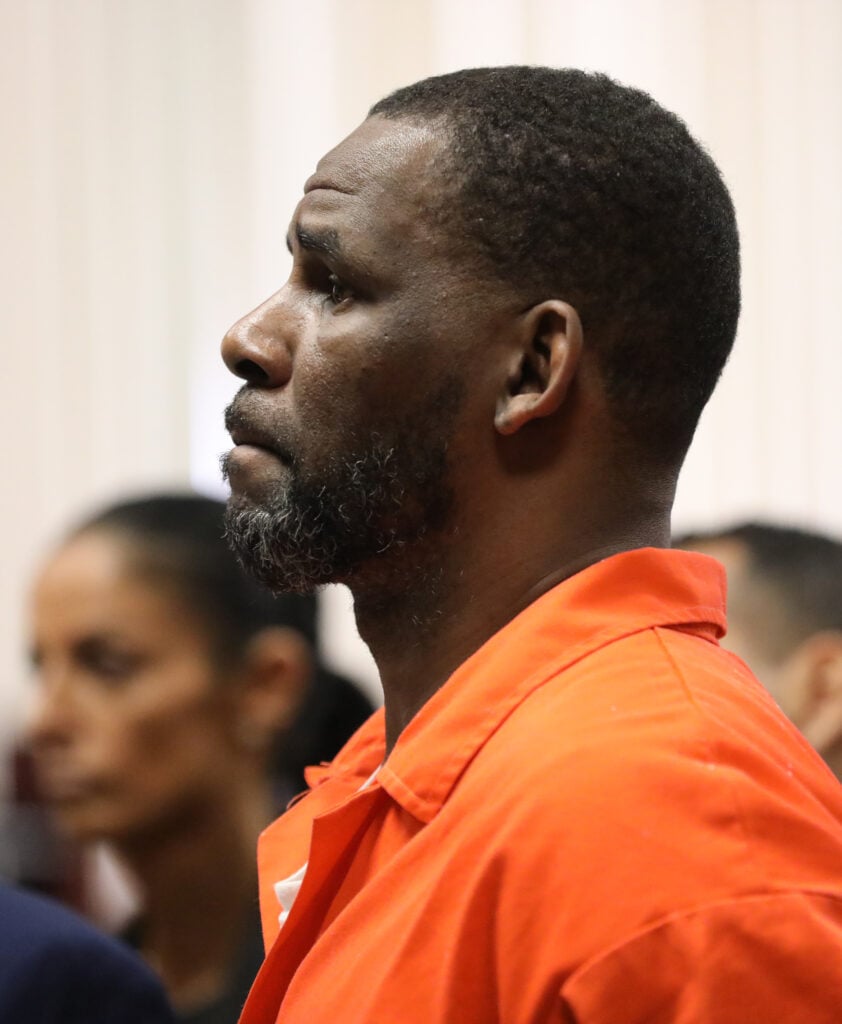 R. Kelly appears during a hearing at the Leighton Criminal Courthouse on September 17, 2019 in Chicago, Illinois. (Photo by Antonio Perez – Pool via Getty Images)

“His lawyer didn’t know that prior to him going to jail, Robert and I were doing IVF because at the time I was told I couldn’t have a baby,” she explains.

“When he got sent to prison, we paused on it and I had them freeze my eggs until I was ready,” Savage tells ET.

Savage goes on to claim that upon learning of the pregnancy, Kelly’s attorney pressured her to have an abortion. 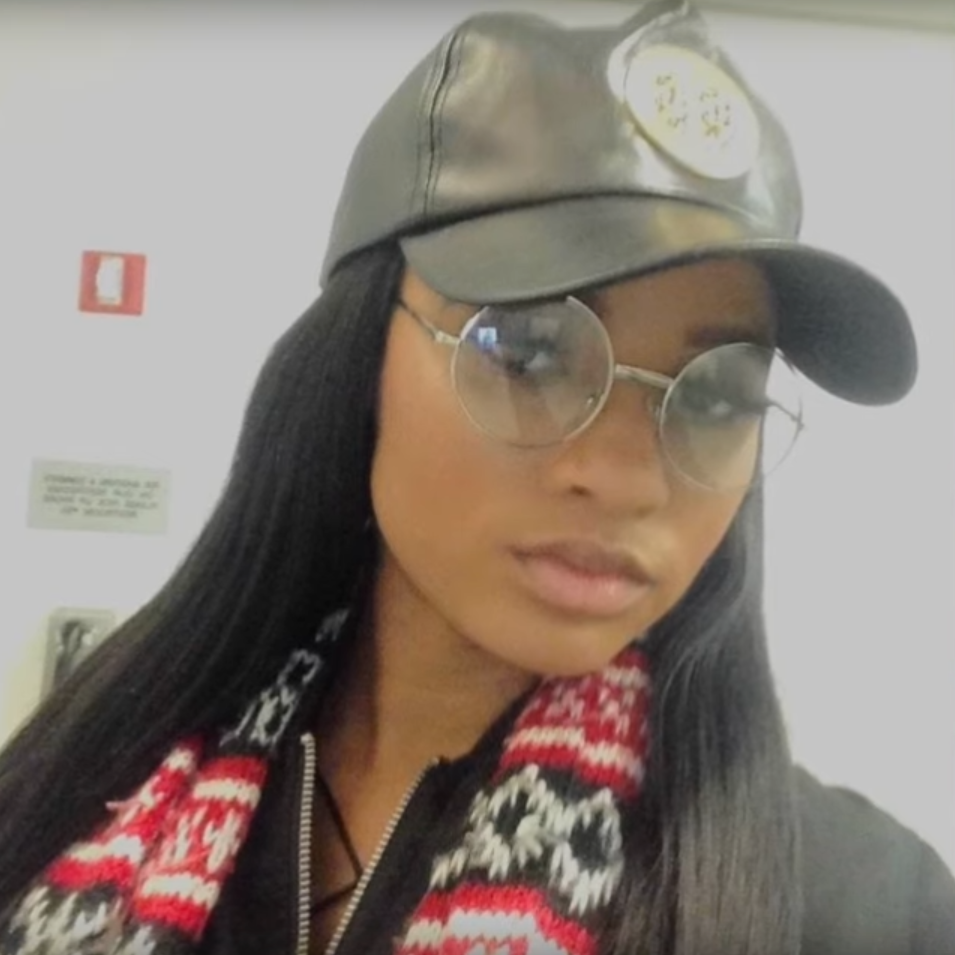 “Once his lawyer did find out, she wanted me to have an abortion because she didn’t feel that now was the time for me to have a child following the 30-year sentence,” Jocelyn says.

“Me and Robert wanted to have a child for a long time. He is very happy about it, his lawyer isn’t,” she continues.

“Once I told her I was keeping my baby, she didn’t want me to announce but I wanted to share the news. I’ve always been there for him even before this new lawyer came into the picture.” 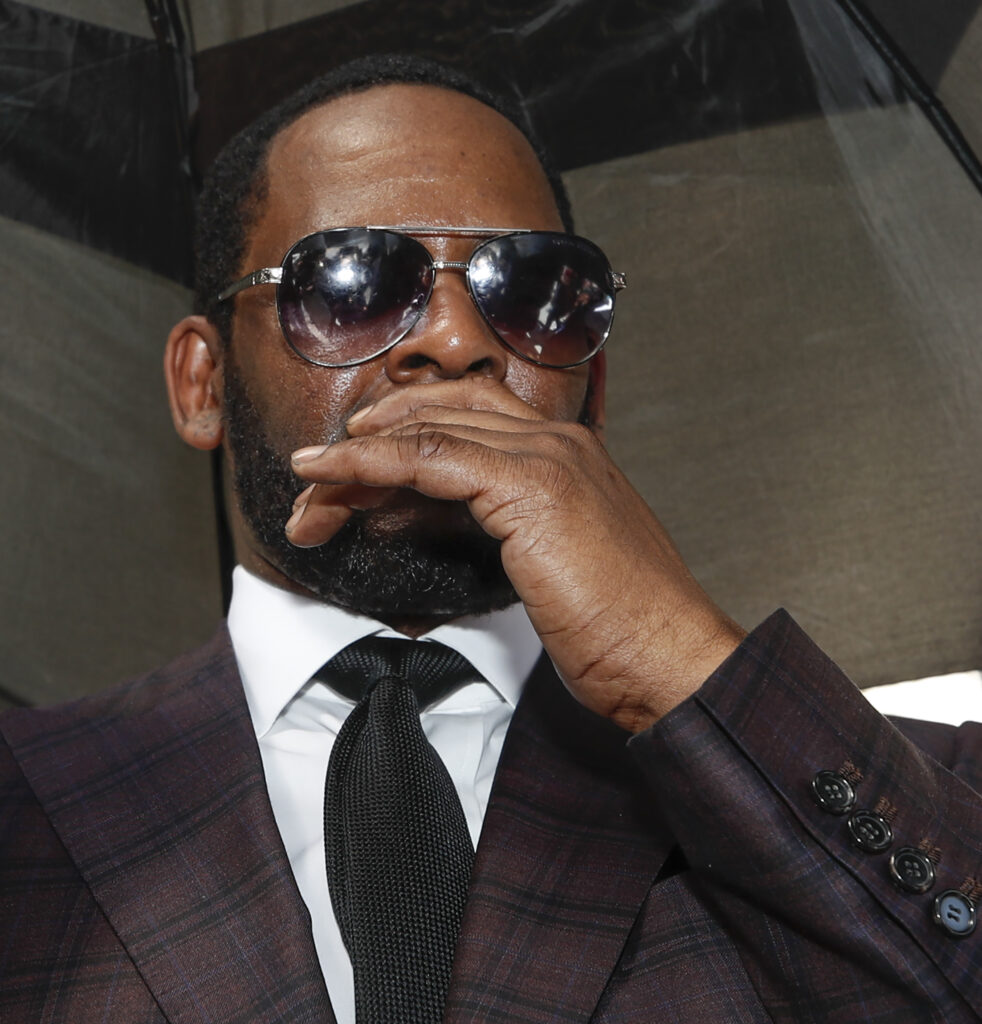 Jocelyn has been openly supportive of Kelly throughout his most recent legal battles.

She says she believes in his innocence, and is confident that he will one day be exonerated.

In a letter to the judge written ahead of Kelly’s sentencing, Savage insisted that she is not one of Kelly’s victims, as the prosecution made her out to be. 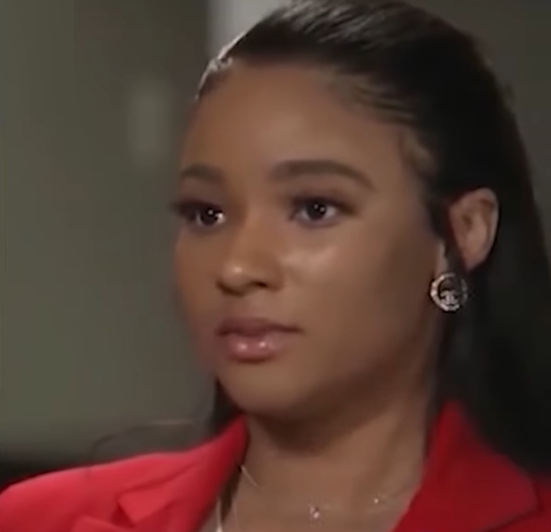 Jocelyn Savage says she’s not one of R. Kelly’s victims. (Photo via ABC)

“I’m writing this letter in support of Robert in advance of his sentencing, so I can explain to the court that I’m not the victim that the government has portrayed me to be,” Savage’s letter reads.

“We have a very special connection and are deeply in love,” she wrote.

“Robert is not the monster that the government has described him to be. The Robert I know is very sweet, gentle, and kind.” 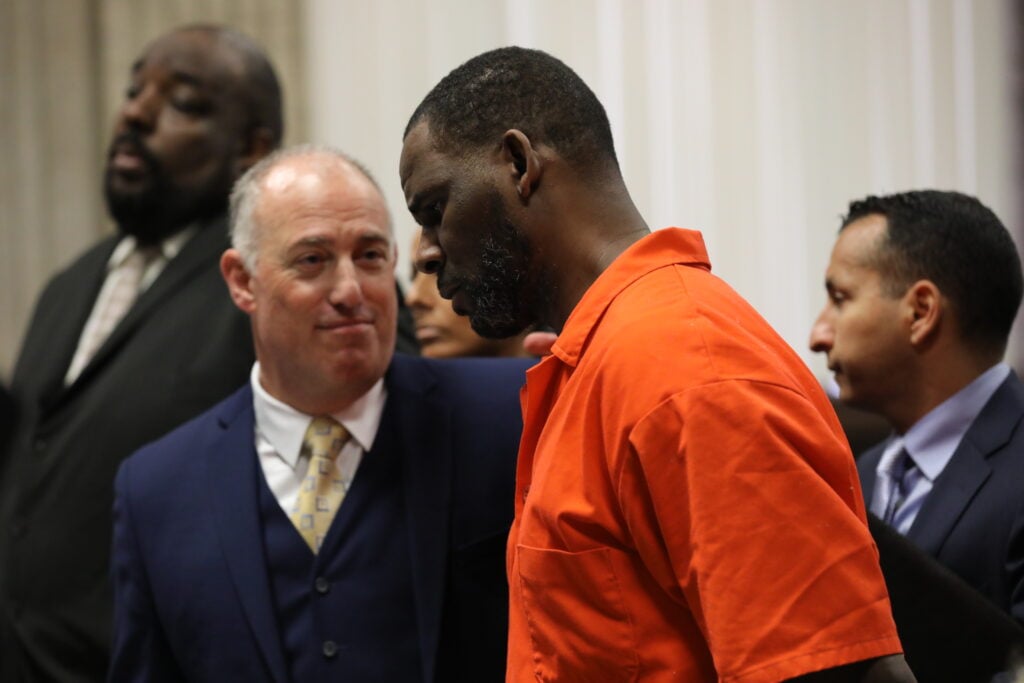 R. Kelly appears standing beside his attorney, Steven Greenberg during a hearing at the Leighton Criminal Courthouse on September 17, 2019 in Chicago, Illinois. (Photo via Getty Images)

He was previously married to the late singer Aaliyah, whom he met when she was 15, and he was 27.

We’ll have further updates on this developing story as more information becomes available.