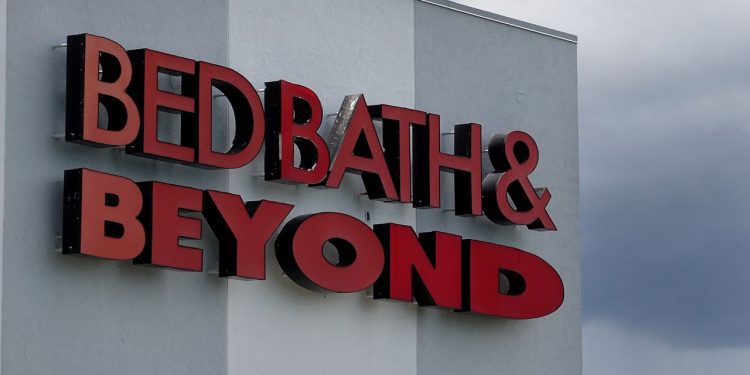 At least one investor exited Bed Bath & Beyond ahead of GameStop chairman Ryan Cohen.

Securities and Exchange Commission filings show that Jake Freeman, who is a 20-year-old student, made $110 million from meme-stock favorite Bed Bath & Beyond
BBBY,
+11.77%.

Freeman snapped up a 6.2% stake in the homeware retailer in July -– almost 5 million shares equating to approximately $25 million, or $5.50 per share.

On Tuesday, Freeman sold over $130 million worth of stock, the filings show.

“I did not expect the price to soar as it did,” Freeman told MarketWatch. “I did expect that as BBBY better structured its balance sheet for value to be unlocked. I felt at those elevated levels, BBBY was not worth it from a risk/reward standpoint.”

Shares of Bed Bath & Beyond fell more than 18% in after-hours trading on Wednesday after Cohen disclosed his plans to sell his big stake in the company just months after he bought it.

He’s a student at the University of Southern California and according to first reports from the Financial Times, he raised the initial money from friends and family.

Freeman has interned for New Jersey hedge fund Volaris Capital over the years, according to his LinkedIn profile. According to the FT, Freeman and his uncle Dr Scott Freeman, a former pharmaceutical executive, recently amassed an activist stake in pharmaceutical company Mind Medicine
MNMD,
+10.15%.

Freeman told MarketWatch he now plans to focus on having a “constructive” dialogue with the board of Mind Medicine alongside his study of complex analysis and mathematical statistics at USC. He’s now studying for the GRE in math.

After Freeman acquired Bed Bath & Beyond in July via Freeman Capital Management, a fund registered in Wyoming, according to filings with the SEC, he sent a letter to management, saying the company was “facing an existential crisis for its survival.”

He advised the board to “cut its cash-burn rate, drastically improve its capital structure, and raise cash.” He suggests taking advantage of the implied volatility of the stock by swapping debt and then issuing a convertible bond.