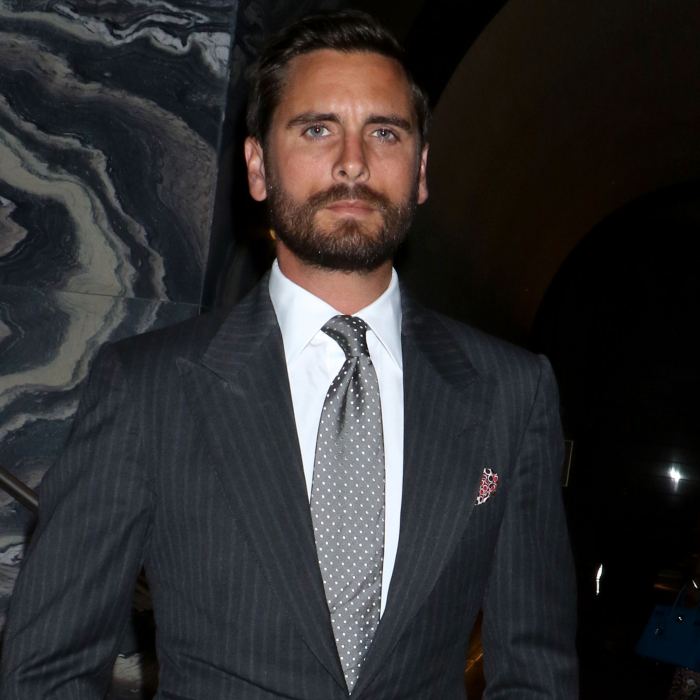 Focusing on self-improvement. Scott Disick was recently spotted having dinner with a mystery woman, but an insider exclusively tells Us Weekly that he’s taking some time for himself.

“Scott isn’t dating anyone seriously at the moment,” the source says of the Talentless cofounder, 39. “He’s working on himself. He’s enjoying being single.”

The Keeping Up With the Kardashians alum was photographed leaving Nobu Malibu with an unidentified brunette on Tuesday, August 16. In snaps obtained by the Daily Mail, the reality star dressed in camouflage pants and a white windbreaker, while his mystery date wore a black mini dress and spiky heels.

According to the insider, however, Disick is just having fun — and not looking for a serious romance.

“He feels like dating a girl and committing to someone and getting serious — just to find himself alone a few months later — is detrimental to his health and well-being,” the source tells Us. “He’s really working on bettering himself and is staying away from any bad influence.”

The Flip It Like Disick alum has been linked to a handful of women since his September 2021 split from Amelia Hamlin, including Rebecca Donaldson, Corinne Olympios and Holly Scarfone. Disick even brought Donaldson, 28, to the April premiere of The Kardashians, but the duo called it quits in June.

They “were never serious to begin with,” an insider told Us at the time.

According to the first source, Disick is still coping with ex Kourtney Kardashian‘s marriage to Travis Barker. The Poosh founder, 43, and the Blink-182 drummer, 46, officially tied the knot in May after exchanging vows in Las Vegas one month prior.

“[Scott] needs to get to a better place where he can let go of his past,” the insider says. “He’s still heartbroken over Kourtney. He’s throwing himself into work as a distraction. He’s still into real estate and flipping homes, and is working on new collections for Talentless.”

The New York native has also been focused on coparenting his three children with Kardashian: sons Mason, 12, and Reign, 7, and daughter Penelope, 10. Last month, Disick hosted a slumber party to celebrate Penelope’s birthday, complete with matching pajama sets and doughnuts.

Disick decorated his home with a neon light reading “Happy Birthday” as well as pink balloons that spelled out “Happy Birthday P.” At the soirée, the father of three and his kids all wore matching PJs with their initials on them.

The Hulu personality also treated Penelope to a manicure, which she got while hanging out with Reign and her cousin North, 9.

“Life moves pretty fast. If you don’t stop and look around once in a while, you could miss it,” Disick captioned an Instagram post featuring a throwback photo of Penelope. “Happy birthday p! Words will never describe how much love I have 4 you! ❤️.”

With reporting by Diana Cooper