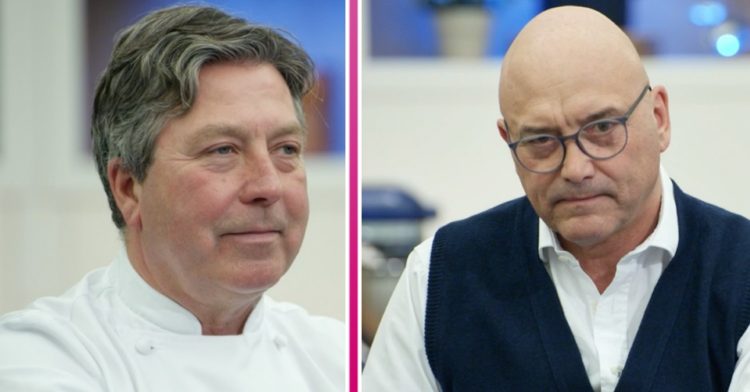 Celebrity MasterChef 2022 fans were all saying the same thing about Chris Eubank in last night’s episode of the BBC One cookery competition.

The fifth episode of the series saw Chris Eubank sent home after failing to impress Gregg Wallace and John Torode.

But viewers were annoyed at the amount of help the boxing legend was given. 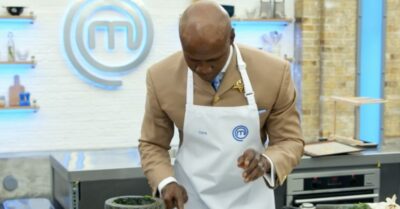 Viewers weren’t happy with the amount of help Chris got (Credit: BBC iPlayer)

They took to Twitter to complain about some of the contestants getting help.

One fan wrote: “Finally Chris Eubank has been voted off #celebritymasterchef. Can’t believe he had so much help…”

Another said: “#CelebrityMasterChef don’t agree that they helped Chris Eubank on the test at the beginning!!! Didn’t help Cliff [Parisi]!!!”

“Come on if you help one contestant you should help them all. What you worried you might get a punch? Not fair on the others,” tweeted another.

Another moaned: “I’m confused, I thought this was supposed to be a competition?? Let’s help Chris Eubank shall we? Let’s already predict the winner?”

The contestants were set the challenge of making pasta ribbons, a pesto sauce and a parmesan tuile from scratch.

Chris seemed to struggle to remember how to make the sauce and that the tuile was in the oven. 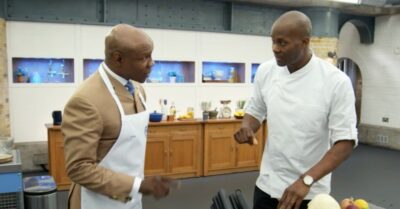 When he handed Gregg and John his finished dish, Gregg commented: “You got a bit of instruction but you did it, well done.”

Later in the episode chef Freddy Forster joined the contestants, challenging them with recipes inspired by his West African heritage.

Even Freddy was seen helping Chris along when he didn’t realise his recipe sheet had two pages.

One fan quipped: “‘Is it fair to say you got help from Freddy?’ Help is an understatement, he did most of it!!!”

What did you think of the help? Leave us a comment on our Facebook page @EntertainmentDailyFix and let us know.