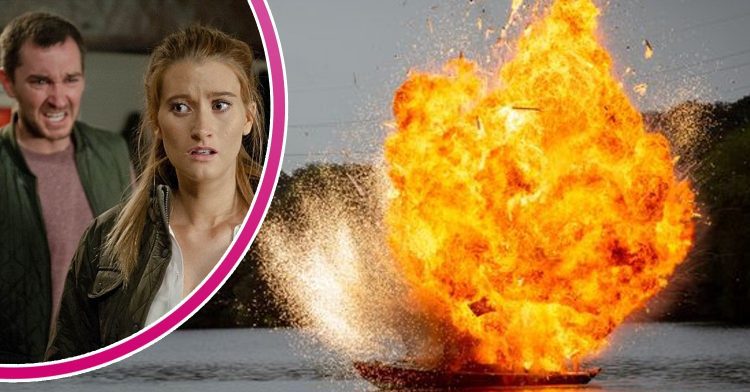 Emmerdale has a long history of big affairs in the village.

It may well be the infidelity capital of the nation – and the reveals are usually explosive – literally in some cases.

Here are the biggest from the soap…

A lovely wedding was had between Debbie Dingle and Pete Barton – until they got to their first dance.

Only instead of their song, a clip of Debbie talking to Pete’s brother Ross about their passionate affair played.

Slightly put the dampener on the festivities – but hey, that’s Emmerdale for you!

But it didn’t last long as seconds later a helicopter crashed into the village and put their little infidelity into perspective. 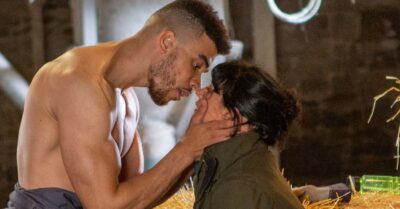 Nate is a chip off the old block (Credit: ITV)

It was always going to be explosive when Cain Dingle discovered the truth about who Nate Robinson was – and who he was sleeping with.

But it was quite literally explosive when Nate dropped the bombshell that he was sleeping with Moira on Cain – and he blew his boat up in return.

The big explosion came after all that when Cain exposed Moira’s affair to the entire pub.

Leave it to their daughter Belle to have to ruin her own birthday/Christmas extravaganza with news of her dad’s sordid affair.

Fortunately Joanie died shortly after which saved Lisa a job of killing her. 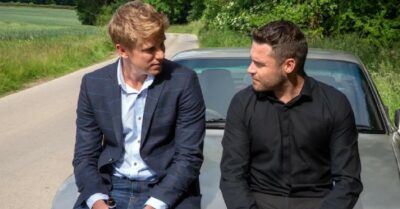 Robert and Aaron ended up being one of the soap’s most beloved couples (Credit: ITV)

Nothing quite screams drama as a millionaire heiress exposing her husband’s affair with a man in the village pub.

Especially after said husband kidnapped the said man’s surrogate father at gunpoint. And killed his ex. It’s all very seedy.

And that’s exactly what Robron was when you get down to it. Seedy and a little bit sordid.

Want more spoilers from Emmerdale? Entertainment Daily has a dedicated Emmerdale spoilers section for you to get your fix before the latest episodes air.

Emmerdale usually airs weeknights at 7.30pm on ITV, with an hour-long episode on Thursdays.