The Next Euphoria Beauty Trends To Pay Attention To 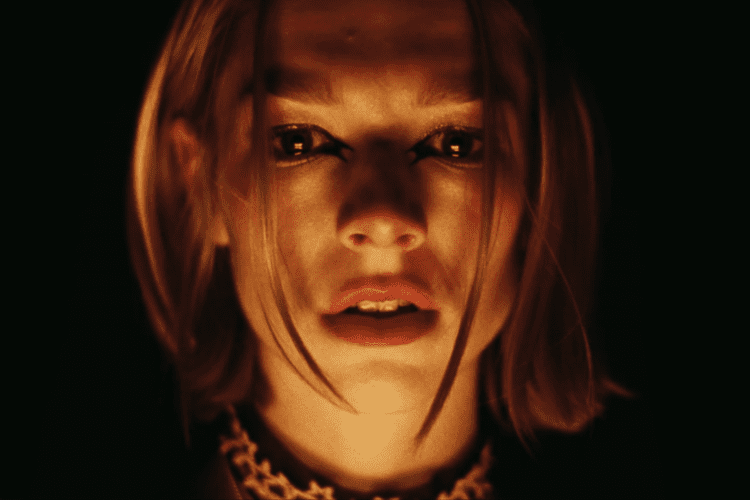 I’m on Euphoria’s hook like a generation of Carries, Charlottes, Mirandas, and Samanthas were on Sex and the City’s—only instead of Pat Field’s outfits, it’s Doniella Davy’s makeup I’m taking as bait. As I settle my PJ-ed rear into the couch on Sunday nights, mentally I am rubbing my hands together like a tiny fruit fly with an evil agenda. What in the glittery heck does Donni think I should draw onto my eyelids next? Her looks for the show feel like prophecy; I must tune in to stay abreast of my fate.

Donni’s starting point is always the characters’ emotional states. As she told me back in 2019, she used it to express Rue and the gang’s “irony, playfulness, rebelliousness, joy…” et. al. But also, outside of the show, this was 2019! The economy was up, unemployment was down, we as a society were grinding on each other at music festivals and, when they got canceled, made entertaining documentaries about their should-have-been-obvious-from-the-onset pitfalls. Summer 2019, when Euphoria season 1 premiered, was filled with sweaty shenanigans that tumbled recklessly into the fall; come winter we attended holiday parties in rhinestone eye looks and made hopeful plans for the new year. And just when it seemed like the trend was reaching max saturation—really, another fashion week runway inspired by Donni’s glitter tears?!—everything changed.

In 2022, we finally get Euphoria’s long-awaited second season. Donni describes the new chapter as having a “darker subject matter” and “distinctly different cinematic aesthetic.” But so too does our post-COVID world, no? I got a hunch that whatever tricks Donni had up her sleeve would shape the next calendar year (at least!) of beauty. And unlike what the Oracle of Delphi or a Pete Davidson-era Ariana Grande would have you believe, prophets are basically just detail-oriented trend forecasters.

To lay the groundwork, Donni starts by trolling Tiktok and Instagram for Euphoria-inspired makeup. Just like you do! Even she’s got to admit, Gen-Z knows their way around a tub of rhinestones.

But while your interrogation might end after sharing that cat eye tutorial with a friend (“We have to try this look,” you’ll type, then wash it down the iMessage drain with a meme and forget about it), Donni’s is just beginning. “The work I do on Euphoria is constantly on my mind, and I don’t want to repeat or try to outdo myself,” she tells ITG. Before going into season 2, she laid out a comprehensive mood board: mish-mashed together are A Clockwork Orange-esque spiky lashes, 60s mod liner, bruise-y smudges, and shimmering watercolor-effect pastels. Inspiration strikes from vintage images and digital creators alike. Plus, she’s also got an archive of never-before-seen original looks to pull from. While quarantining in LA, doing her own makeup kept the creative juices flowing—then, once she put down her brushes, she’d take a look in the mirror and assess. Some looks went straight to Instagram, which Donni is first to admit was a leap outside her comfort zone. Others turned into exclusive Face Lace designs, and the rest were filed away as season 2 references. “Often when I would do a look, I would consider which Euphoria character might wear something similar,” she explains.

Season 1 said glitter, rhinestones, bold colors, graphic shapes. Though only a couple episodes are out so far, Donni reveals season 2’s going to be a lot more minimalist. It feels right for the weird spot between wanting to show up for a return to in-person events, the hominess we’re used to, and the looming possibility of a last-minute cancellation. “But it’s me, so my version of minimalism is a little…heightened.” She trades in the big sparklers for shrunken versions (“tiny rhinies”) and fine grain glitter. A lot of the eye looks take up space not on the vast top lid but the bottom, which an optimistic New York realtor would call bigger than you think. Donni notes that lower lash adornments may be a bit less conventional, but are actually more inclusive for folks at home trying to follow along. “What I love about decorating the lower lash line is that you don’t have to worry about your eyelid type not being able to accommodate the look,” she explains. “For those with hooded eyes, anything that accentuates the lower lash line is super visible.”

Another trend you should get ready to ride? Graphic liner. “Incorporating shapes in unusual places around the eye is a really fun way to play with it,” says Donni, “and it doesn’t always have to be about super skinny lines.” While she insists her only concern with Jules’ New Years bonfire liner (which actor Hunter Shafer referred to as her “mermaid purse” eyes) was the script’s emotion, I’ve got to put my money on similar barbed shapes catching on. So I asked Donni her favorite ways to achieve it: gel pot liners from Chanel and Inglot, skinny, flat liner brushes from Spectrum, Bdellium and MAC, and pointed Q-tips. “I could not do winged liner without them to clean up and perfect my line work.” See? It’s like she read your mind.