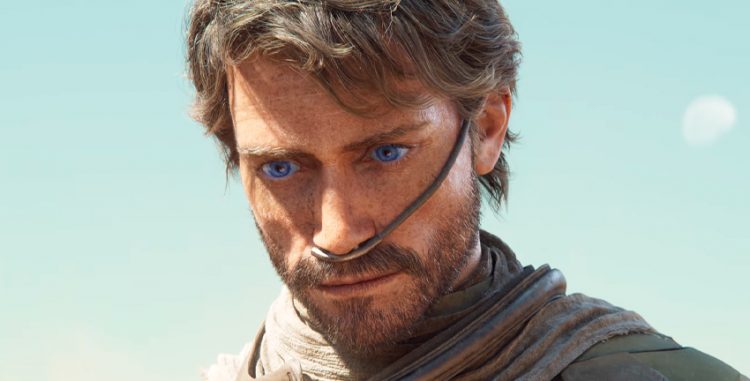 While we await the second part of Denis Villeneuve’s Dune, you might want to check out the trailer for the new Dune video game from Funcom. The brand-new cinematic trailer for Dune: Awakening was revealed at Gamescom Opening Night Live and features someone watching a sandworm eating a spice harvester before leaping onto its back. Check it out below!

Inspired by both Frank Herbert’s novels and Denis Villenueve’s movie, Dune: Awakening is an open world survival MMO set on Arrakis that will be coming to PC, PlayStation 5, and Xbox Series X|S. The Dune video game will combine “the grittiness and creatively of survival games with the social interactivity of large-scale, persistent multiplayer games to create a unique and ambitious Open World Survival MMO.“

Rui Casais, CEO of Funcom, said, “Funcom has been pushing boundaries in the MMO genre for 20 years. It’s where our roots are. We built on that with Conan Exiles, our first big success in the survival space. With Dune: Awakening we’re bridging the survival and MMO genres to create something truly unique and ambitious within a universe we’re all so passionate about.” Sam Rappaport, VP of Interactive Media at Legendary Entertainment added, “Dune: Awakening truly promises to bring the world of Dune to life in an exciting new way. We are thrilled to be creating this with a partner like Funcom, who is so adept at capturing the rich detail and wonder of cinematic worlds for the gaming audience.“

Players will head into unmapped sectors to discover secrets and riches before the coriolis storms shift the sands and alter the landscape. You’ll narrowly avoid sandworms, build your home base, and traverse the dunes in iconic vehicles like groundcars and ornithopters. The Beta is already planned and anyone can sign up right now. Dune: Part Two is in the midst of production and is set for a November 17, 2023 release.

Are you down for an open-world Dune video game?