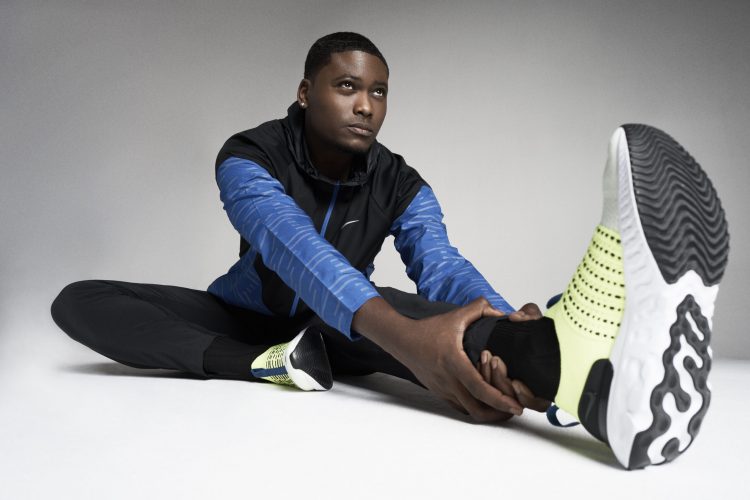 We sat down with Olympic athlete turned actor, Kelsey Caesar. A Houston native, Kelsey traded in the Olympics for the big screen. We discussed everything from his time on Friday Night Lights to his current projects.

In 2017 Kelsey was training for the USA Olympic Trials for track and field when he booked a film called Slamma Jamma. Due to a scheduling conflicts, he decided to retire his spikes in favor of an acting career.

It wasn’t the fist time Kelsey had been in front of the camera though. In 2007 he landed his first role on a little show called Friday Night Lights. He played Gatling in the ninth episode of the first season titled, “Full Hearts”. Being his first time on a set, he recalls thinking how big the production was. His scenes were shot on a football field, with massive crowds and cheerleaders. But the Houston native grew up coming to Austin with his father for Dallas Cowboys summer training so we imagine it wasn’t an unusual setting for him. Well, except for the lights, camera, and action aspect!

Since 2006, Kelsey has done over a dozen projects but his most recent one is a movie called Bitch Ass. The movie had its world premiere at SXSW this year where it actually won a SXSW 2022 Audience Award! The slasher film is directed by celebrated actor and filmmaker Bill Posley and is about a young boy who was bullied, which leads to a disappearance. He returns years later for revenge by building deadly versions of the childhood games they bullied him for playing.

Kelsey also has another horror release this year through a major studio – the Tony Todd film Devilreaux. Stay tuned for that!

We couldn’t let the Houston native go without asking our totally Texas questions!

I may live in California but definitely still a Texan. C’mon, QUESO!

Who do you think embodies Texas more, Willie Nelson or Matthew McConaughey?

Who is your favorite Texas artist/musician?

What is your favorite Texas movie/TV series?

What do you instantly think of when you think of Texas?

Austin likes to keep it weird, so tell us something weird about yourself?

I don’t like drinking from glass cups. I have weird anxiety about glass cups.