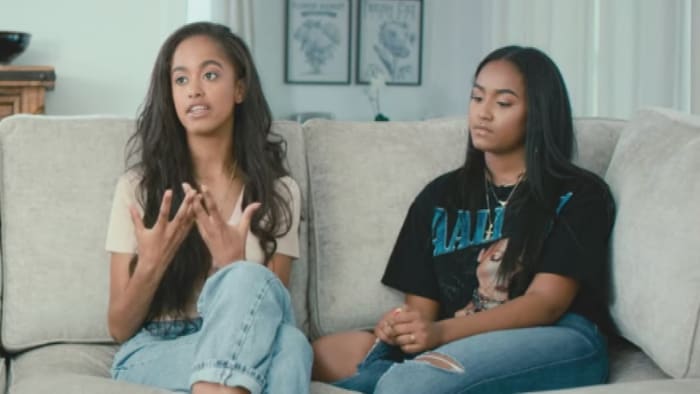 Barack Obama’s daughter, Sasha Obama, has moved to Los Angeles and living her best life. According to social media reports, the Obama sister – who is currently enrolled at USC – is now dating a handsome Los Angeles man, who many describe as an “unemployed actor.”

Fans and followers of the Obama girls are concerned about Sasha’s latest boyfriend however.

The man whom she’s allegedly dating is a local actor named Syd. He’s extremely handsome – so we can see what Sasha sees in him, but not regarded as a successful actor and may be a big time “clout chaser.”

Then there are the tweets…….Syd posted a few brow raising tweets this week causing more concern for Sasha.

In one tweet, the handsome actor showed pictures suggesting that Sasha picked him up in her car (a new Mercedes that her parents bought her). In the tweet he was posted up in her passenger seat taking selfies. And in another series of pics, he suggested that Sasha bought him flowers.

Where is Marjorie Harvey when you need her???

Traci’s Son Speaking At The Funeral Her Sisters BOYCOTTED!!

Syd has also displayed some other concerning behavior according to fans. The actor appears to have taken sneaky photos of her sister Malia, and posted them online.

MTO News has learned that Syd has a history dating women with a higher profile than himself. For example, he’s dated popular Youtubers Kellie Sweet and Chamar Moore, and those who know Sasha are worried he may be using the former President’s daughter to clout chase and get his name up.