The Palace Lads Are Teaming Up With Calvin Klein 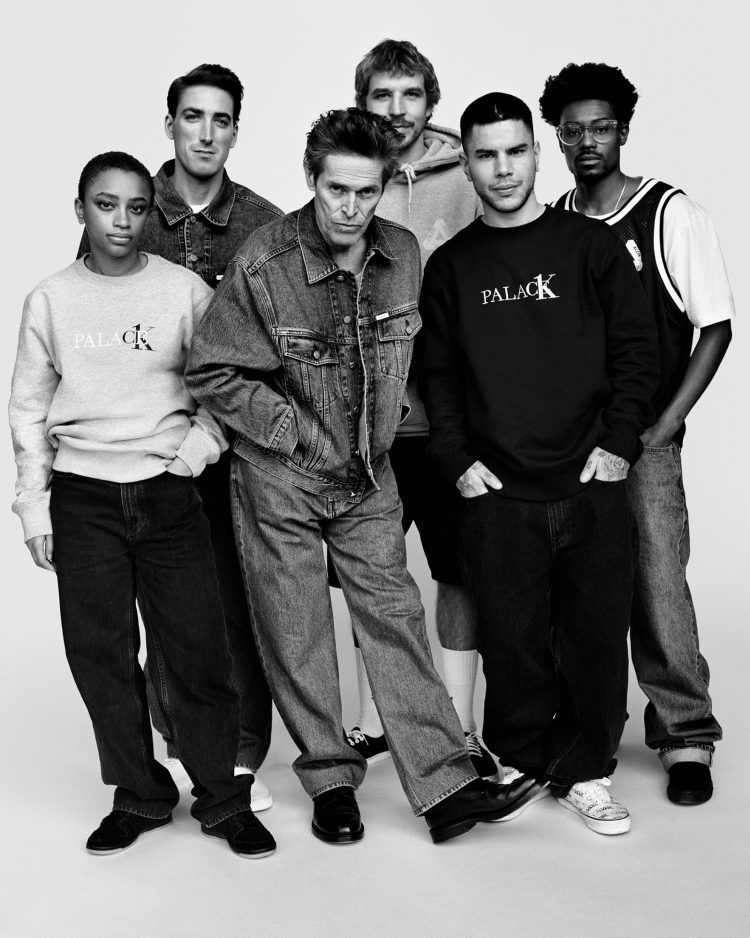 In a rollicking ad spot marking the new collaboration between English skate company Palace and iconic American brand Calvin Klein, actor Willem Dafoe, playing a New York cabdriver, is sitting in the driver’s seat. He cranes towards pro skater Shawn Powers in the back to ask, “Where are we going?”

“Take me to Tompkins.”

With a grin, Dafoe—presumably in character, although he used to live around the way—clarifies they’re driving to TF, the “Training Field” blacktop in the East Village’s Tompkins Square Park where skaters have congregated for decades. And just like that, fashion’s latest mega-collab is here.

Dafoe and Powers are only two members of the motley crew commemorating the Calvin Klein x Palace collection. Others include: Hollywood legend Dame Joan Collins (…!), the Pet Shop Boys, Palace team skaters Lucien Clarke and Charlie Birch, rapper Unknown T, and models Adwoa Aboah, Precious Lee, and Lourdes “Lola” Leon. If that sounds like a wonky mashup of Yankees and Brits, that’s intentional: the collection, which launches on Friday, and the accompanying ad is a self-proclaimed love letter to New York and London (or to get even more local, according to the press release, “from the East River to the Thames, Scarr’s Pizza to Rules restaurant”). The collection’s anchor is a Palace riff on CK’s classic 1994 fragrance CK One—often pegged as the first unisex fragrance—that both brands promise is a “low key nice smell” that “smells proper nice” and is “definitely not gnarly pungent.” On the apparel side, there are mashed-up signature pieces from easygoing logo crewnecks to baggy-to-the-leg denim, and matching jackets to basketball jerseys.