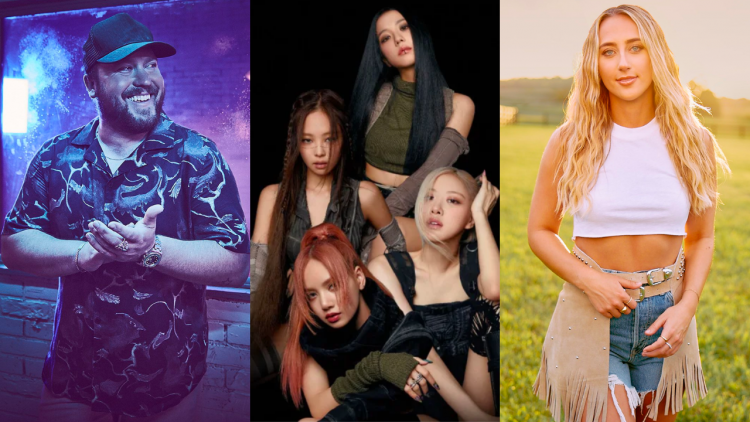 We are back with another edition of PopWrapped’s New Music Friday! BLACKPINK has made their long awaited return with their album “BORN PINK,” alongside their title “Shut Down.” The song is an incredible combination of classical music with much needed hip hop beats. As this is a unique sound, the song samples classic composer Paganini’s “La Campanella.”

Since the success of “ABCDEFU,” GAYLE has produced a steady flow of new music. In spite of this, her recent collaboration with iHeartRadio music award winner blackbear titled “fmk” is proving that she isn’t going anywhere any time soon.

“I Don’t Think That I Like Her” – Charlie Puth

“We Got History” – Mitchell Tenpenny

“Nothing Into Something” – 12AM

“IF YOU GO DOWN (I’M GOING DOWN TOO) – Kelsea Ballerini

“cycle of a relationship” – Hamid J

“Talking To Yourself” – Carly Rae Jepsen

“Backseat (All I Got)” – Sam MacPherson

“If I Was Your Lover” – Kip Moore, Morgan Wade

“tired of going to bed” – nobody likes you pat

“JUST STAY FOR ONCE” – Zachary Knowles

“Back Where You Belong” – Evol Walks

“To Be Continued…” – Spencer Crandall

“No Future? Yeah Right” – You Me At Six, Rou Reynolds of Enter Shikari