Actors Who Did TV Shows And Movies With Their Exes 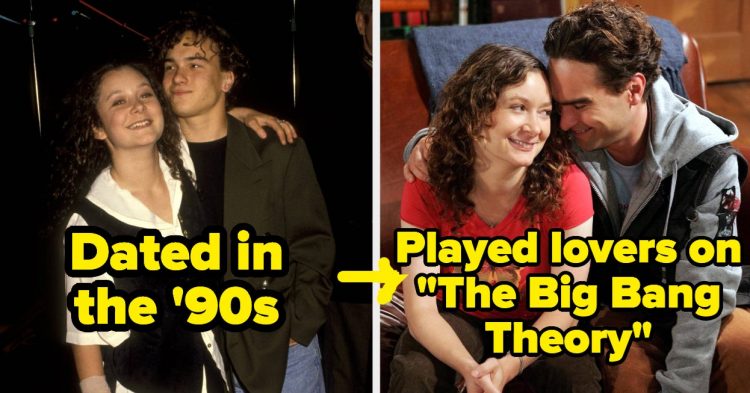 And to think, I can’t stand even running into my ex at the grocery store.

Cameron Diaz and Justin Timberlake dated from 2003 to 2007. Shrek the Third, which had both of them as voice actors, came out shortly after the split — but the exes reunited onscreen for the 2011 movie Bad Teacher.

Cameron said of working with Justin at the time, “We’re adults. Of course we could work together. It’s been three years since we broke up. It’s all done… We’re friends.”

Lea Michele said in her book that she dated Matthew Morrison “for a Broadway beat” before they were both cast on Glee — where Lea’s character, Rachel, even had a crush on Matthew’s Mr. Schuester at one point.

However, Lea said also said Matthew “had been a friend of mine for years.”

Game of Thrones stars Lena Headey and Jerome Flynn reportedly used to date long before they were cast on opposite ends of Westeros.

Allegedly they refused to film together on GoT, which would explain why Bronn randomly leaves the one scene they had.

The timeline on this one is a bit tricky, but both Drew Barrymore and Justin Long seemed to confirm that they had split and were “just friends” when they were cast in the 2010 movie Going the Distance. However, they were apparently back on by the time the movie was out — only to split again later that year.

“We’re dear friends. I guess people find it a little confusing,” Drew said at the time.

Sarah Paulson and Cherry Jones split in 2009 after many years together, but later both appeared in the 2011 ensemble movie New Year’s Eve.

“We’re not together anymore, but we’re still dearest of friends,” Cherry said at the time.

Kyle said of having to film a sex scene together, “Laura and I were kind of like, ‘Okay, here we go. Welcome back, 25 years later!’ She looks great, by the way. I gotta say it. Yeah, it was weird. We had a couple of laughs for sure.”

Bradley Cooper and Zoe Saldaña dated for around a year while filming the 2011 movie The Words, and then were both cast in Guardians of the Galaxy three years later.

Although Bradley’s raccoon character is, of course, a voice-acting gig, the two have still done press together.

Sara Gilbert and Johnny Galecki dated while they were both on the sitcom Roseanne, and it was during their romance that Sara said that she realized that she was gay. The two ended up playing lovers again on The Big Bang Theory almost a decade later.

“We started dating, and he would come over and we would, like, make out, and then I would start to get depressed,” Sara recalled in 2013. “I eventually told him I thought it was about my sexuality, and he was super sweet about it.”

Naomi Watts and Liev Schreiber were together for 11 years and share two children, but their 2016 split didn’t stop them from working on the movie Chuck together.

“I remember the first day that she came out of the trailer in the leopard print with the fake boobs and the hair,” Liev told People. “She just went for it. I just knew it was going to be fun.”

Mindy Kaling and BJ Novak dated for a few years after meeting on the set of The Office, but have since kept a close working relationship — such as Mindy casting BJ on The Mindy Project in a role where he dates Mindy before realizing he’s in love with his best friend.

BJ said of the episode, “I don’t know that it’s a direct analogy, but it’s definitely inspired by our relationship. We are pretty inseparable best friends with a lot of chemistry ourselves, and we’re not dating. Whenever we date anyone else, I think there’s a period where the person is very skeptical of our friendship.”

Finally, Jennifer Lopez and Marc Anthony separated in 2011, but that didn’t stop them from working on the show Q’Viva! The Chosen a few months later.

Jennifer joked in the debut episode that their relationship was “very Sonny and Cher after the divorce.”