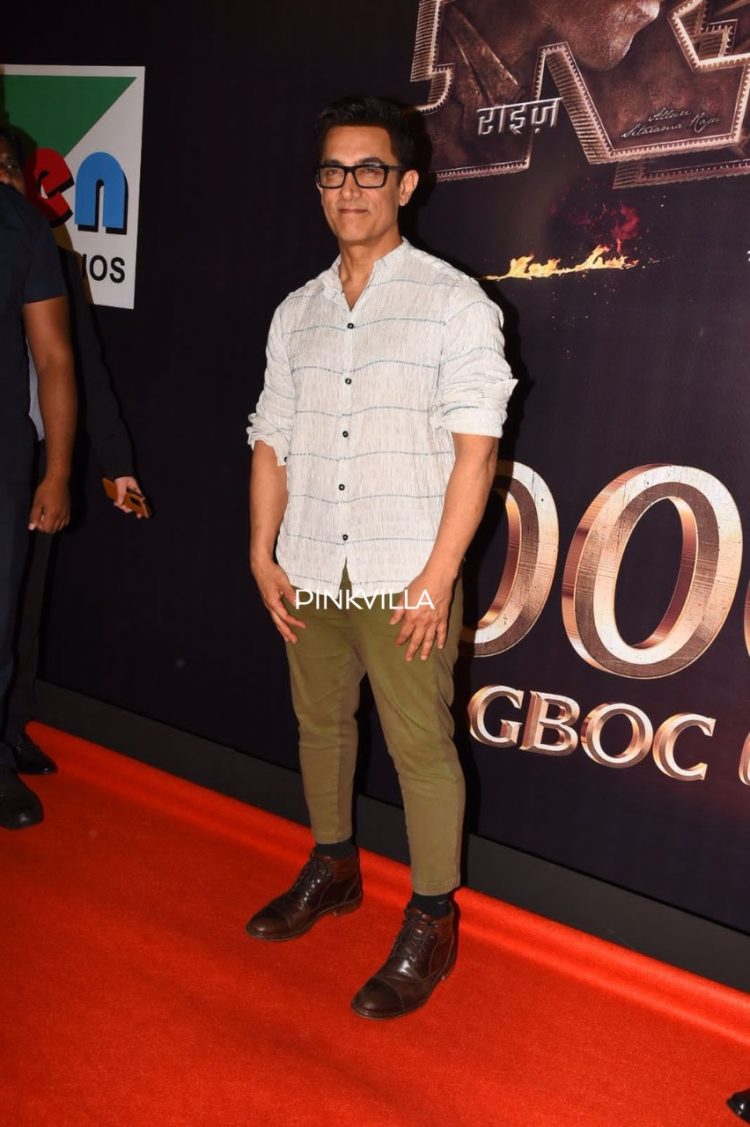 RRR’s creators and cast are currently relishing in the magnanimous success of their film. Jr NTR, Ram Charan, Alia Bhatt, and Ajay Devgn play pivotal parts in the film. SS Rajamouli, the ace filmmaker, absolutely amazed us with this masterpiece. RRR has shattered multiple box office records and made box office history with its tremendous worldwide success. On Wednesday, numerous notable celebrities gathered together to celebrate the success of the movie. Aamir Khan was also a part of this success party.

Aamir Khan looked dapper in his cool and breezy outfit. He wore a striped white tee with olive green pants and stole our hearts. In a video, he was seen sharing a hearty hug with Makarand Deshpande. Actor, writer, and director Makarand Deshpande is known for his talent in the industry. In RRR, Makarand portrays a vital role as a senior member of the Gound community. The two legendary actors were all smiles as they hugged each other happily in the video. In the video, we also saw a glimpse of SS Rajamouli, Ayan Mukerji and Jayantilal Gada.

For the uninitiated, RRR tells the fictional story of freedom warriors Komaram Bheem (Jr NTR) and Alluri Sitarama Raju (Ram Charan) and their struggle against British oppression. It takes place around 1920, when both revolutionaries fell into obscurity before beginning their fight against British power.

Talking about RRR’s success, Ram Charan said, “It has been a long journey since 2018 to make this film. When I sneaked into galaxy theater, I truly saw the reactions of people. We danced, had emoted beautifully. The audience in the north danced with us, emoted with us. I was a part of RRR for one reason and that was to see India’s reaction. I think these reactions will be with me forever. Thank you, India: Ram Charan on success.”