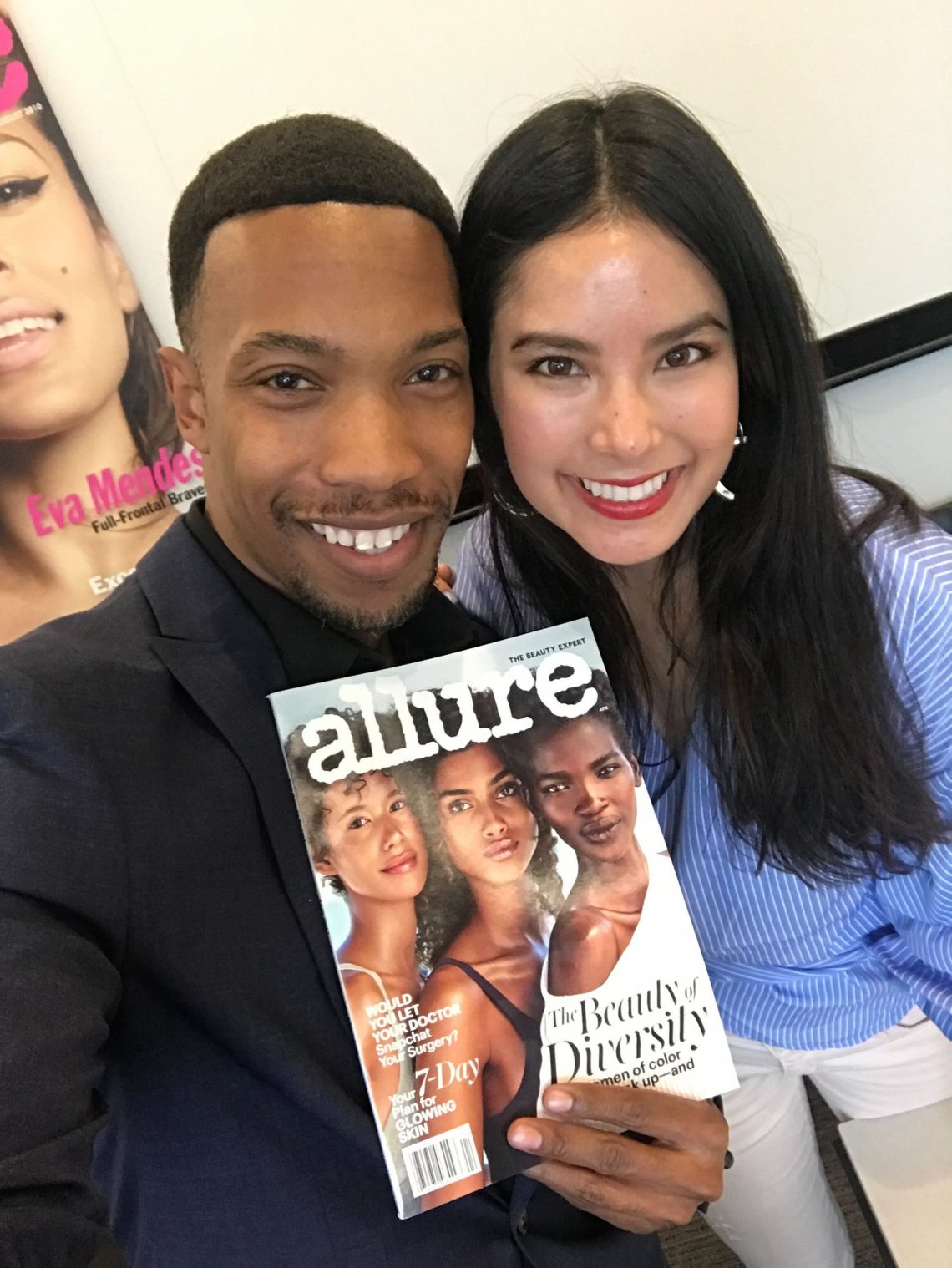 “Need to live more life,” AJ Crimson wrote, ending a message he sent me in April 2018. The first part of that message describes AJ better than I could hope to: “You’re making moves. I’ll pray on that for you. You’ve done very well so far. I, too, have been working and praying for the right team members, funding to expand, and working on being a better friend [because] I’m always working.” AJ was unwaveringly supportive, unwaveringly loving, and unwaveringly determined to fulfill his vision of a truly inclusive beauty landscape.

The news that AJ Crimson (born Anthony M. Jackson), makeup artist and founder of AJ Crimson Beauty, had passed away pulsed through beauty and celebrity media last week. “You were a bright star with a mind of business,” said makeup artist Sir John on Instagram. “You’ll always be the OG Black brand in my heart.” Actor and musician Christina Milian wrote on her grid: “You blessed me with your magic throughout two decades… you always made me feel so beautiful… and to be around your energy was full of laughs and good vibes.”

“He had an encyclopedic knowledge of cosmetic history and a steely memory in general — he would remember a shade he recommended to you for years after the fact.”

AJ’s passion and positivity are threads woven through so many of these tributes. The last notes he sent me were, as was usually the case, brimming with enthusiasm — for his new home base in Atlanta and for a truly epic project: Black Panther 2. “It’s been a great year,” he wrote. “We are shooting now thru [sic] March… it comes out in November!”

AJ died on March 30th, 2022. We first met in 2013. He was one of the first celebrity makeup artists I ever interviewed at my first job after college, writing beauty news for Prevention magazine. In the years that followed, most memories I have of AJ were buoyantly happy: AJ stopping by Allure’s headquarters in 2017 to shoot a Facebook Live. AJ delightedly describing a new AJ Crimson retail location over dinner. I learned from him that popular beauty retailers were wary of selling cosmetics lines designed for women of color in the early aughts (AJ launched his first line, Kissable Couture, with Keisha Whitaker in 2007), so AJ scraped together some capital and opened his own shop. And then another, and another. At one time, AJ Crimson Beauty had locations in Los Angeles, New York City, and AJ’s hometown, Detroit, where he stocked his own AJ Crimson Beauty line alongside others that catered to women of color.

AJ Crimson and Jessica Chia at the Allure offices in April 2017.