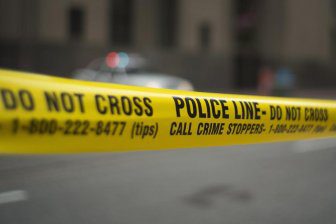 A Canadian Jeopardy! champion, who won handily on her second night on the show, is riding high with the support of the country behind her.

She correctly answered 35 out of the 60 clues during the episode — a feat host Mayim Bialik called “very impressive.”

She was the only contestant who answered the final clue correctly.

‘Beyond excited’ – Woman from Nova Scotia wins on Jeopardy!

Roach told Global News on Wednesday being selected to compete on the show has been “surreal.”

Since news of her appearance was made public, Roach said people near and far have reached out to wish her luck.

“I want to reiterate again how much the support from people all over Canada means to me,” she said.

“It’s been a while since there’s been a Canadian winner on Jeopardy! — I think a couple of years. So for me to be the first one in a while and I think perhaps the first since Alex Trebek passed away in 2020, for the country to get behind me like this means so, so much. So I really do appreciate it.”

Roach graduated from Sacred Heart School of Halifax in 2015, and her family still lives in Halifax and Cape Breton. She now works as a tutor, based in Toronto.

On Tuesday night’s show, she made a point of mentioning her home province while answering a clue about Nova Scotia Duck Tolling Retrievers correctly.

“As soon as I saw the words ‘Nova Scotia’, I was like, ‘I need to ring in and answer this clue,’” she recalled.

“I was thinking, ‘At least even if I lose, I can give a shout out. And wouldn’t it be so special to get the answer?’”

After her first win, an extended video posted to the Jeopardy! website shows Roach declaring that her student loans were now paid off.

“I’m hoping to go back to school so there will be more,” she said with a laugh to the other two contestants and host, Bialik.

Roach will be back as defending champion on Thursday night’s episode. The shows were originally taped in Los Angeles back in January.