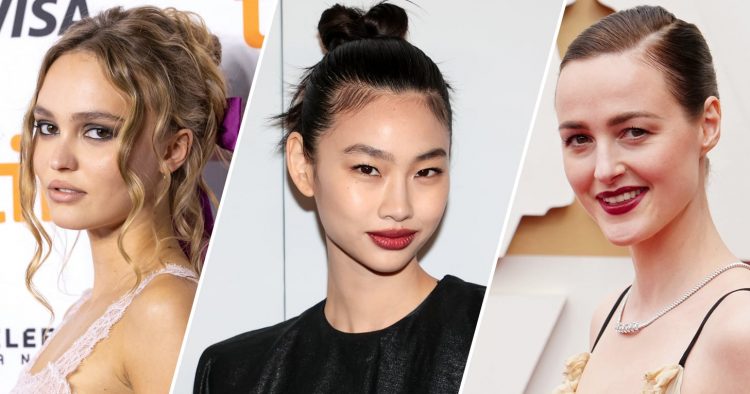 If the lack of steamy sex scenes in “Bridgerton” season two left you parched, Joe Talbot’s new A24 movie, “The Governesses,” is here to quench your thirst. The movie, which is Talbot’s sophomore film after 2019’s “The Last Black Man in San Francisco”, will star “Wolf’s” Lily-Rose Depp, “Squid Game’s” HoYeon,” and “The Worst Person in the World’s” Renate Reinsve as three French nannies who decide to let loose and explore their sexualities.

The announcement comes shortly after the independent entertainment company released its upcoming horror film, “X,” in March and shared details for an intended prequel film, “Pearl.” On March 23, the company also released the trailer for “Men,” another horror flick set in the English countryside. With so many dark projects in the works, A24’s “The Governesses” sounds like the perfect palate cleanser.

While A24 has not given further plot details about the film, we do know that it’s based on the 2018 erotic novella of the same name, written by Anne Serre and translated by Mark Hutchison. Described as a feminist fantasy, the book begins with the three women in a country house closed off by a large garden. Rather than focus on the educational needs of the children in their care, the women spend their time filled with desire and lying in wait to throw themselves at strangers as an old man in the house across the way watches them from a telescope.

HoYeon, Depp, and Reinsve will star as the three titular governesses in the film, produced by Ed Guiney and Andrew Lowe of Element Pictures and Rob Richert of Longshot Features, as well as Angus Lamont. Talbot will also adapt the screenplay alongside poet and novelist Olivia Gatwood. No additional cast members have been announced.

Depp’s previous works include “Silent Night” (2021), “Voyagers” (2021), and “The King” (2019). She’s also a two-time César Award nominee and is currently slated to star in The Weeknd’s upcoming HBO series, “The Idol.” In addition to “Squid Game,” HoYeon is also set to star in the Apple TV+ upcoming thriller series, “Disclaimer.” The actor and model recently graced the cover of Vogue, and on Feb. 27, she took home the SAG award for outstanding performance by a female actor in a drama series for her role as Sae-Byeok Kang. Among other projects, Reinsve has previously appeared in “Welcome to Norway” (2016) and recently “Oslo, August 31st” (2011). On March 13, Reinsve received a BAFTA for her role as Julie in “The Worst Person in the World.”

“The Governesses,” developed with the help of BBC Films, has not yet begun filming. The production is expected to shoot in Spain, but A24 has not announced official shooting dates or an expected release date for the movie.