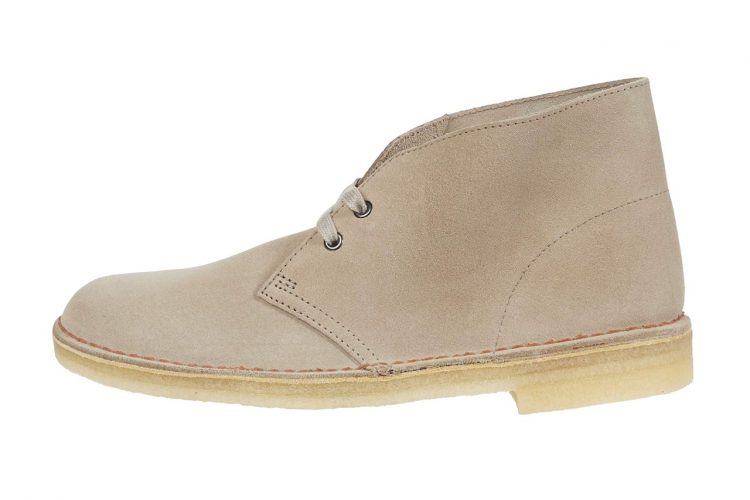 The best desert boots for men share origins with a long line of menswear staples swiped directly from the military. Those so-hot-right-now Giant-fit chinos from J.Crew? Thank the British Indian Army. That bomber jacket you’ve spotted everywhere? Salute to the Air Force. The desert boot, with its indestructible suede-and-crepe-sole combo, is just another fashionable byproduct of the military industrial complex—albeit one that looks incredible in pretty much every civilian context too. And the most beloved desert boot iteration is also the very first one, from British shoemaker Clarks. Born in 1950, and inspired by the shoes worn by British soldiers fighting in World War II, desert boots have remained a fixture in fashionable closets ever since. And for good reason: they straddle the line between formal and fight-ready. But if the historical pedigree isn’t enough to make you join the legions of desert boot-lovers around the world, here’s a handy list of other reasons you should seriously consider a pair:

As much as we love the tried-and-true Clarks joints, variety is the spice of life—and thanks to Mr. Clark’s early efforts, there’s a bevy of top-notch options to choose from. So we sifted through them all to find the absolute best desert boots for men, from exquisite designer riffs to beefed-up, sneaker-esque hybrids. Once more unto the breach, dear friends. We promise we’ll make it worth your while.

It doesn’t get any more classic than this. Clarks’ desert boot changed the game forever, cementing its legacy as an icon of the genre in the process. It’s a favorite of stylish fellas like Anthony Bourdain, Drake, and dancehall don Vybz Kartel—not to mention countless GIs and civilians through the decades. But the shoe’s impressive CV wouldn’t mean much if the quality wasn’t up to snuff. Which is why Clarks’ equips its hero product  with crepe rubber soles and ultra-comfy suede uppers sourced from the famed C.F. Stead leather tannery. As far as ankle boots go, they’re about as comfortable as a pair of well-worn sneakers—and you definitely don’t have to enter a raffle to grab a pair.

The Desert Boot That’s Worth the Upgrade 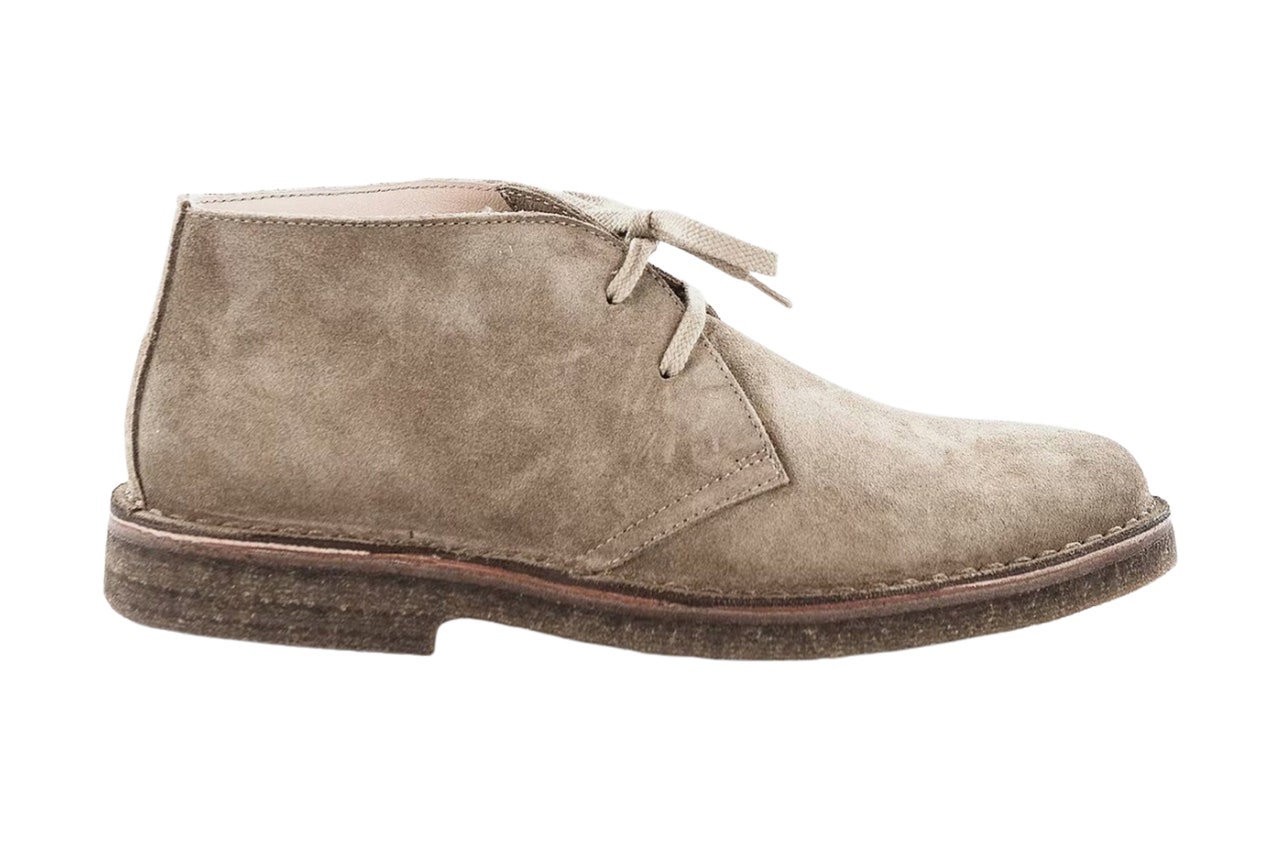 OG Clarks a touch too dainty for your dogs? For a few extra Jacksons, upgrade to Astorflex’s made-in-Italy joints. What, exactly, do your hard-earned dollars get you? Leather-lined suede uppers and added backstay support, both of which translate to a reassuringly beefier silhouette and sturdier construction. Your money also goes towards more environmentally-friendly materials like vegetable-tanned leathers and natural rubber soles, which make for a cushy ride no matter how many miles you log. 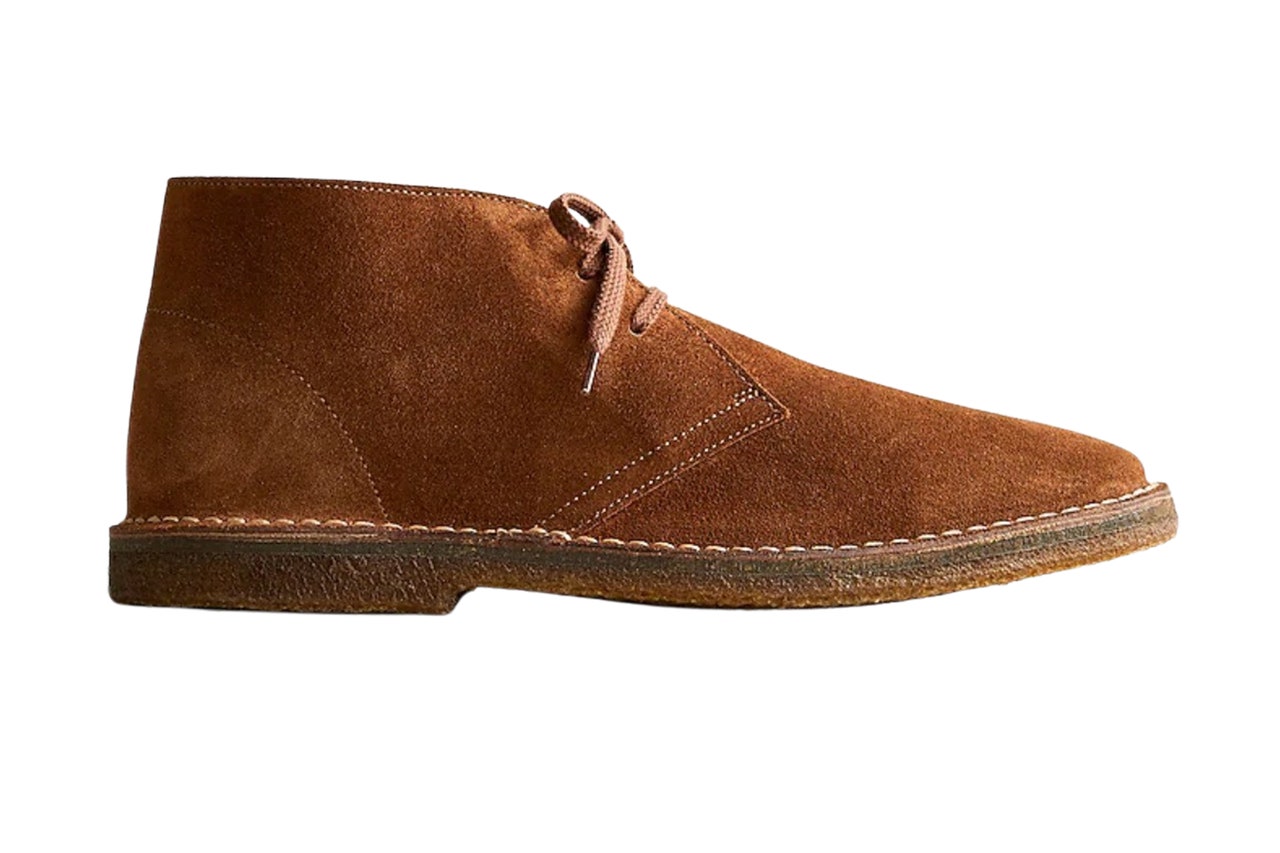 J.Crew’s MacAlister boot has been one of the brand’s quietest best-sellers for years. Supple suede, natural crepe rubber soles, and Italian craftsmanship—coupled with stitchdown construction—make it easy to see why. It’s a touch sleeker than other styles on this list, but that doesn’t compromise its versatility. It’s a quality buy at full price, but with the Crew’s frequent discount cadence, it’s an absolute no-brainer on sale. 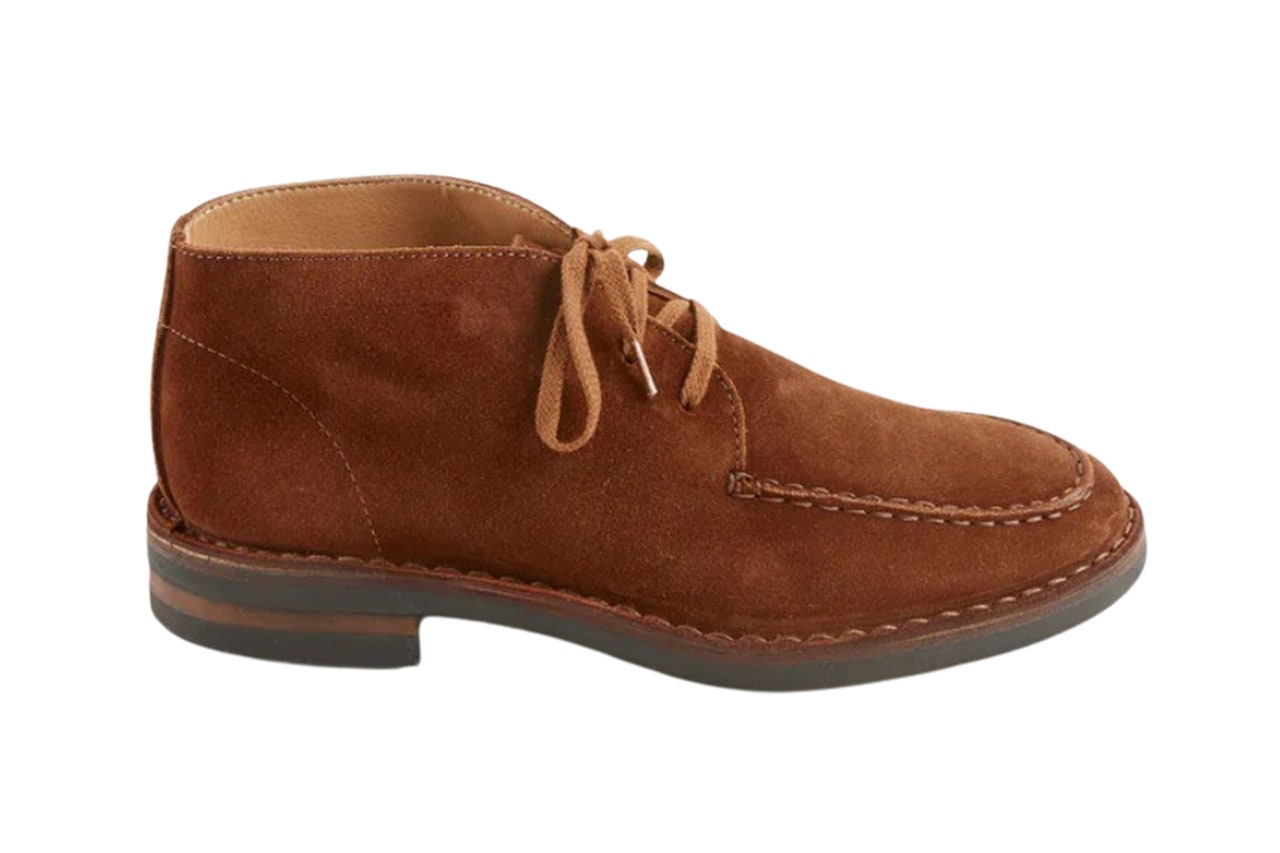 The original desert boots earned their stripes serving the military, but these were destined for an even higher calling: as the shoe of choice for Daniel Craig’s James Bond. The suede is noticeably more luxurious, the construction is hefty enough to withstand a car explosion (and comfortable enough to help you outrun the bad guys on foot), and the moccasin-adjacent silhouette sure doesn’t hurt, either. Trust us: if they can handle the everyday rigors demanded of Her Majesty’s secret service, they can handle an unexpected sun shower on your way to work.

Plus 11 More Desert Boots We Love 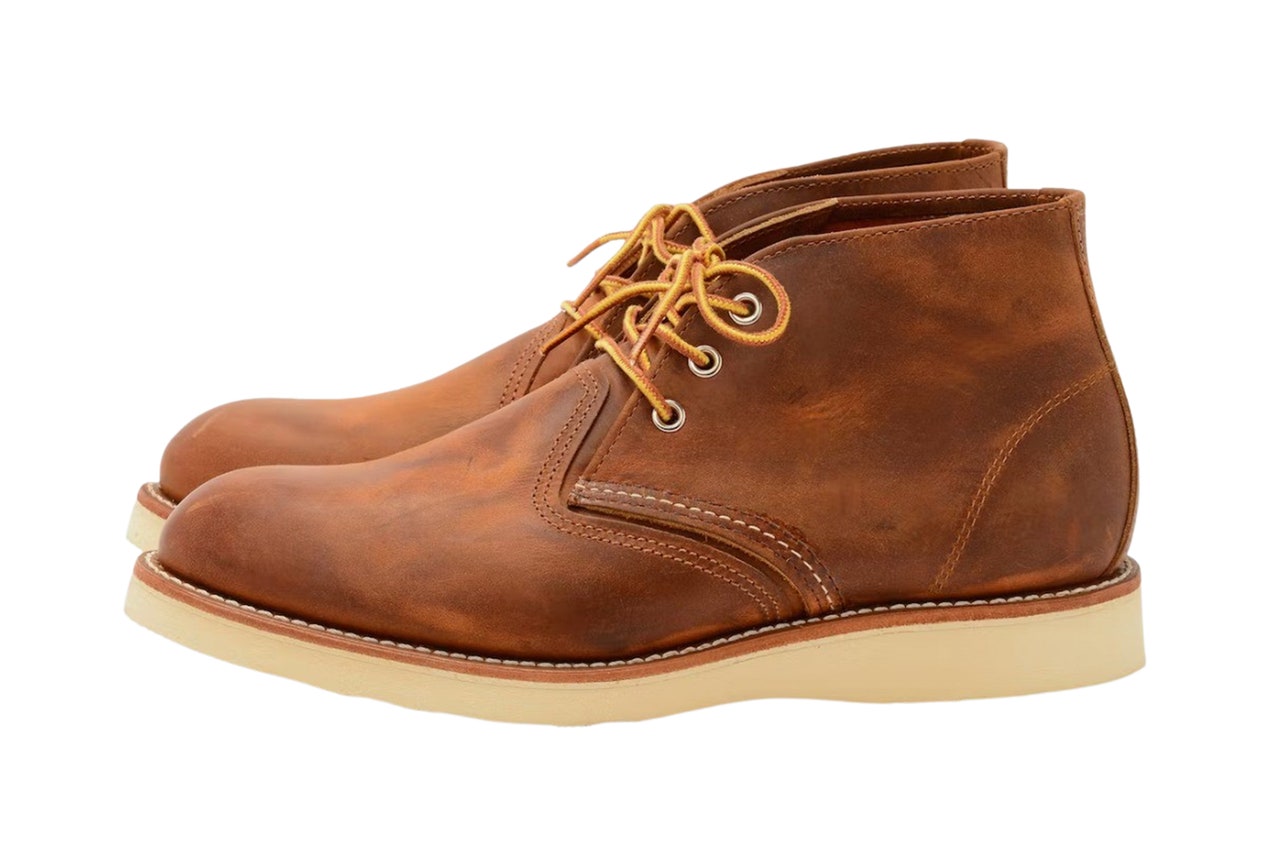 Red Wing’s hard-wearing boots earn high praise on and off the jobsite. But the brand’s proprietary full-grain leather and tough construction also make them notorious for their break-in period. Thankfully, its work chukka balances the scales thanks to a thick, squishy Vibram sole that adds a ton of comfort to match its robust leather uppers. 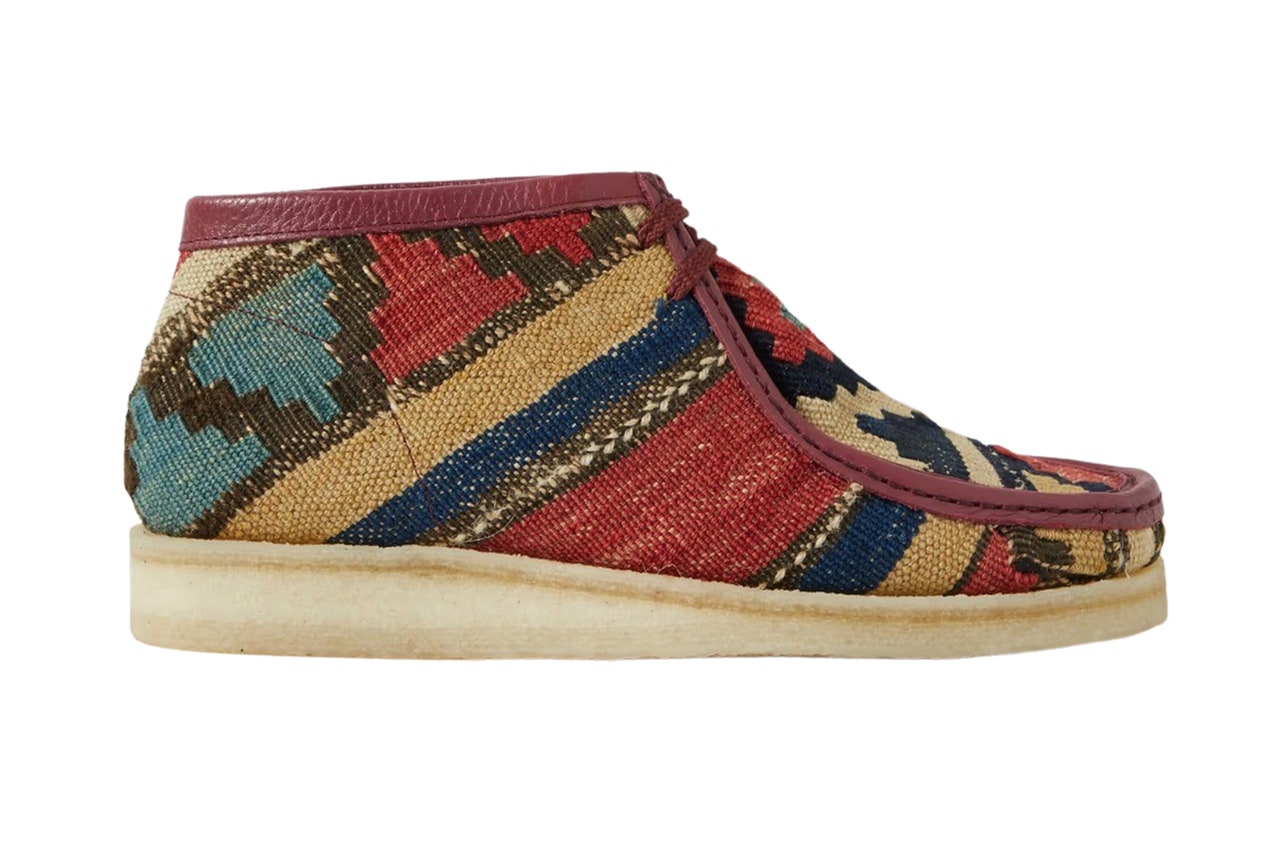 You might know how to bust a move. But with these boots, you’ll know how to cut a rug too. 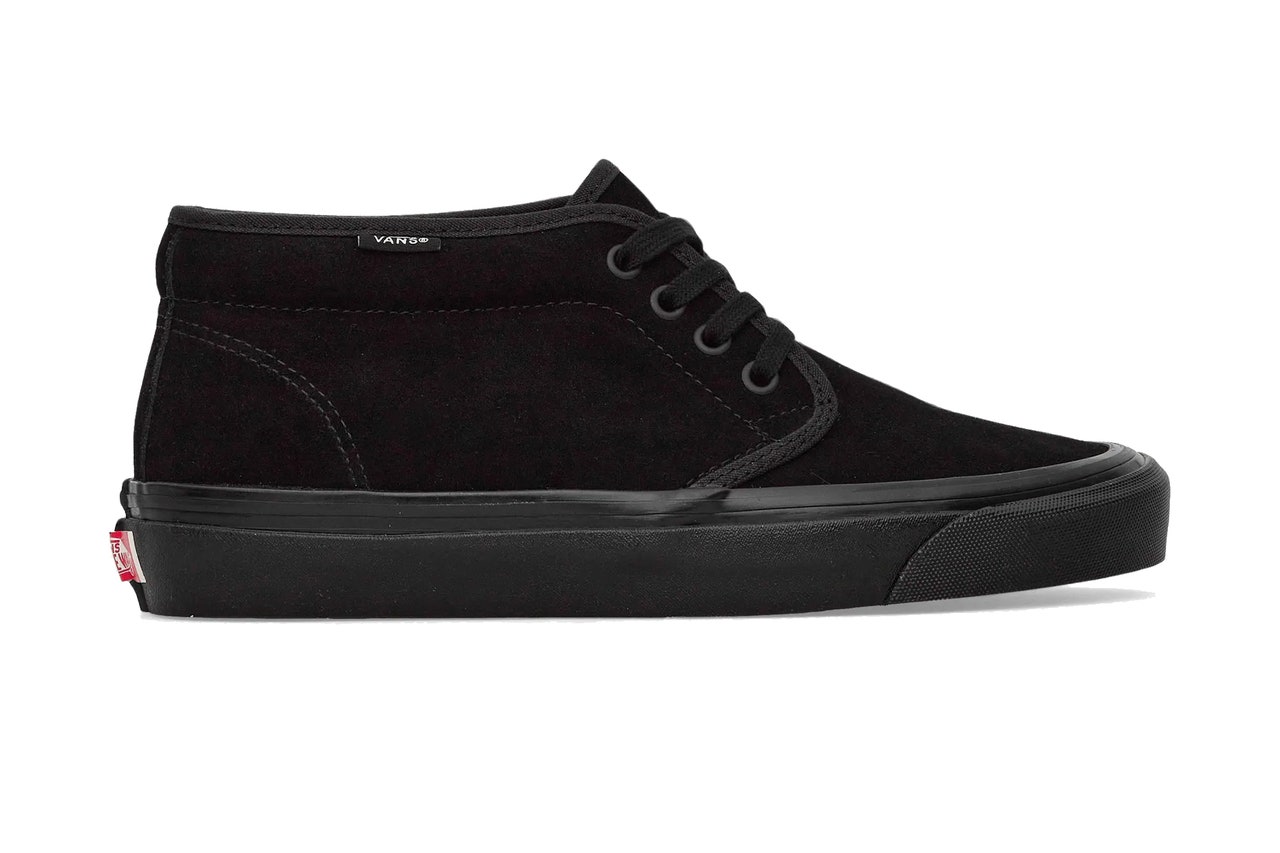 This is the desert boot you get when you swap crepe for waffle. 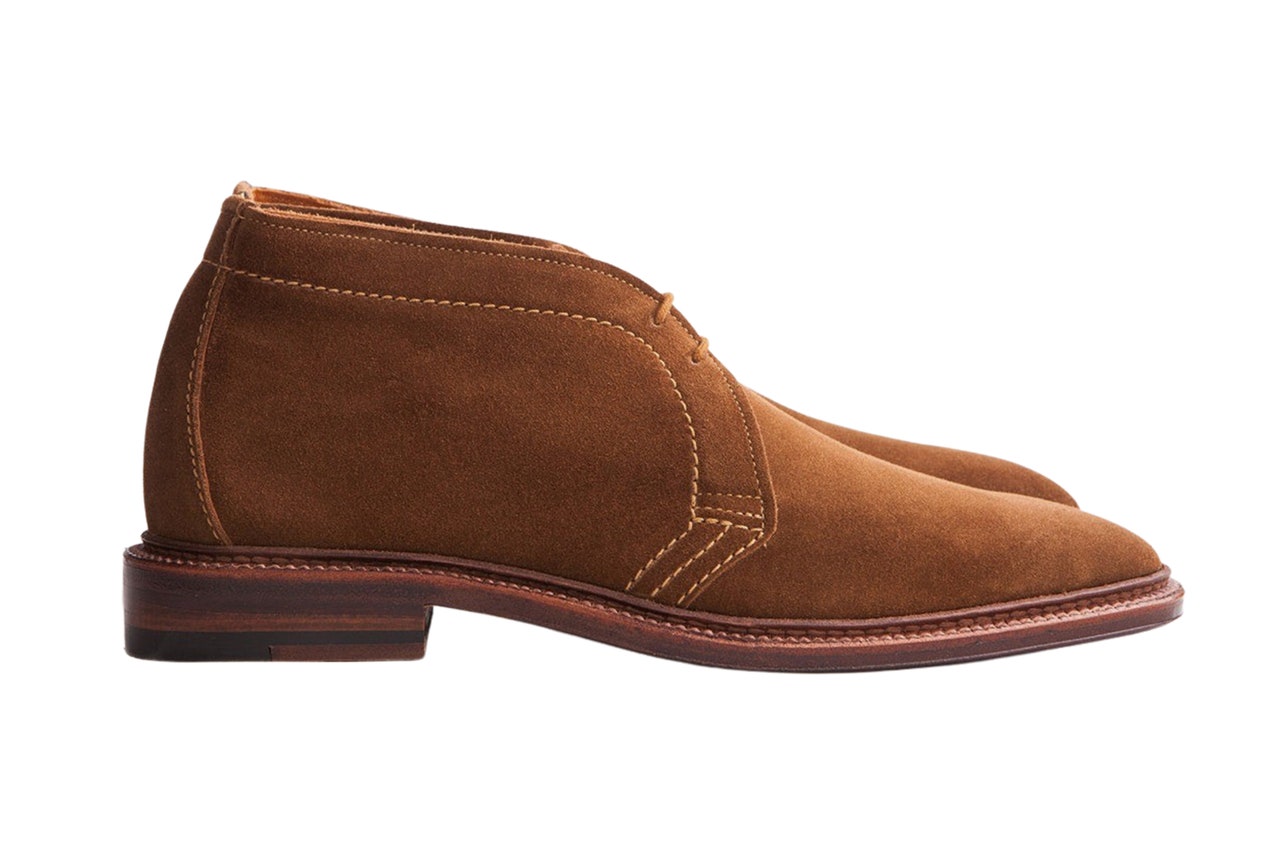 The unlined leather and flex welt make this lace-up shoe not only one of the most comfortable in Alden’s storied lineup, but one of the most comfy too (yes, despite those leather soles). It’s the chukka that made scores of guys see the dressy potential of the desert boot and has been paired with countless suits with a high degree of success. Of course, it also looks fantastic with a crewneck sweatshirt and a light-wash pair of Levi’s. 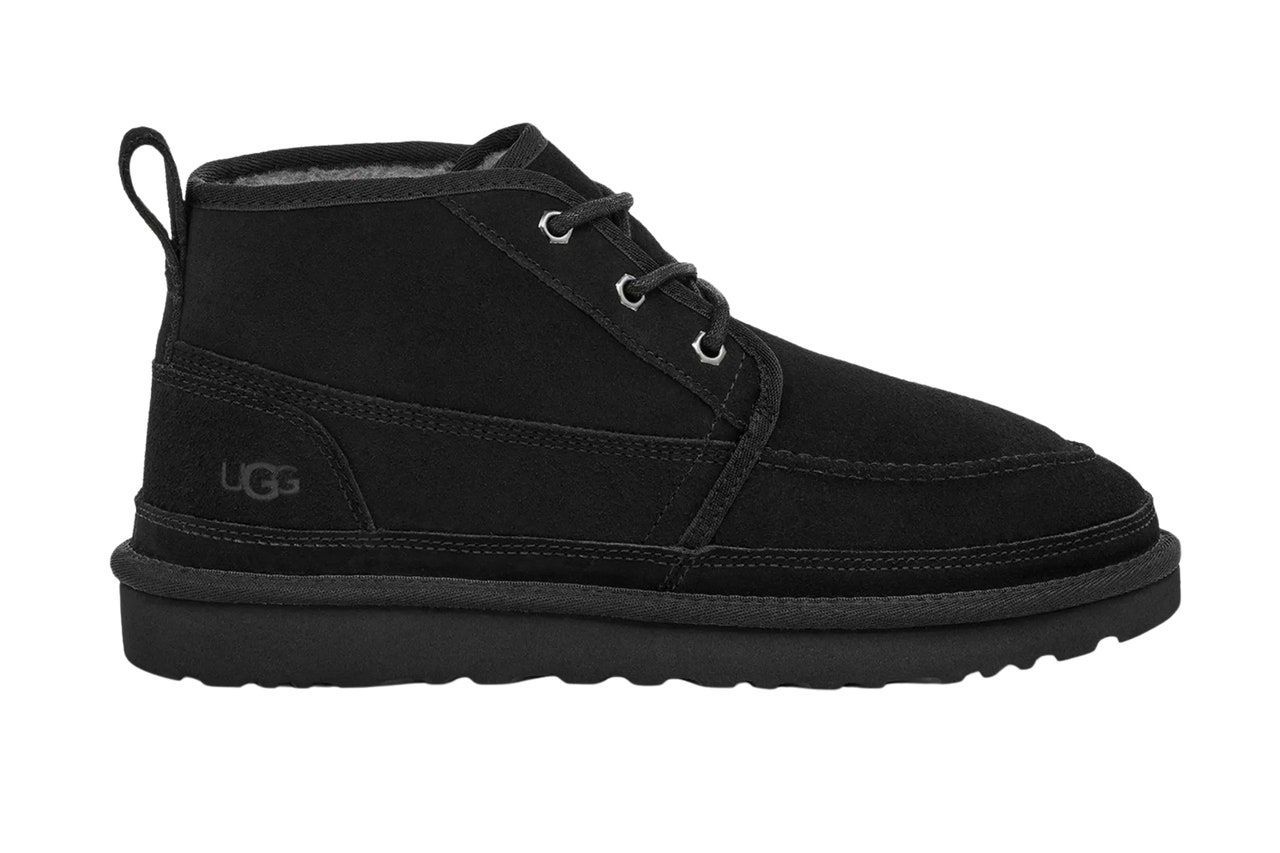 Clarks may have been born in the desert, but Ugg’s Neumel boot prove that the desert boot can thrive in chillier climes, too. 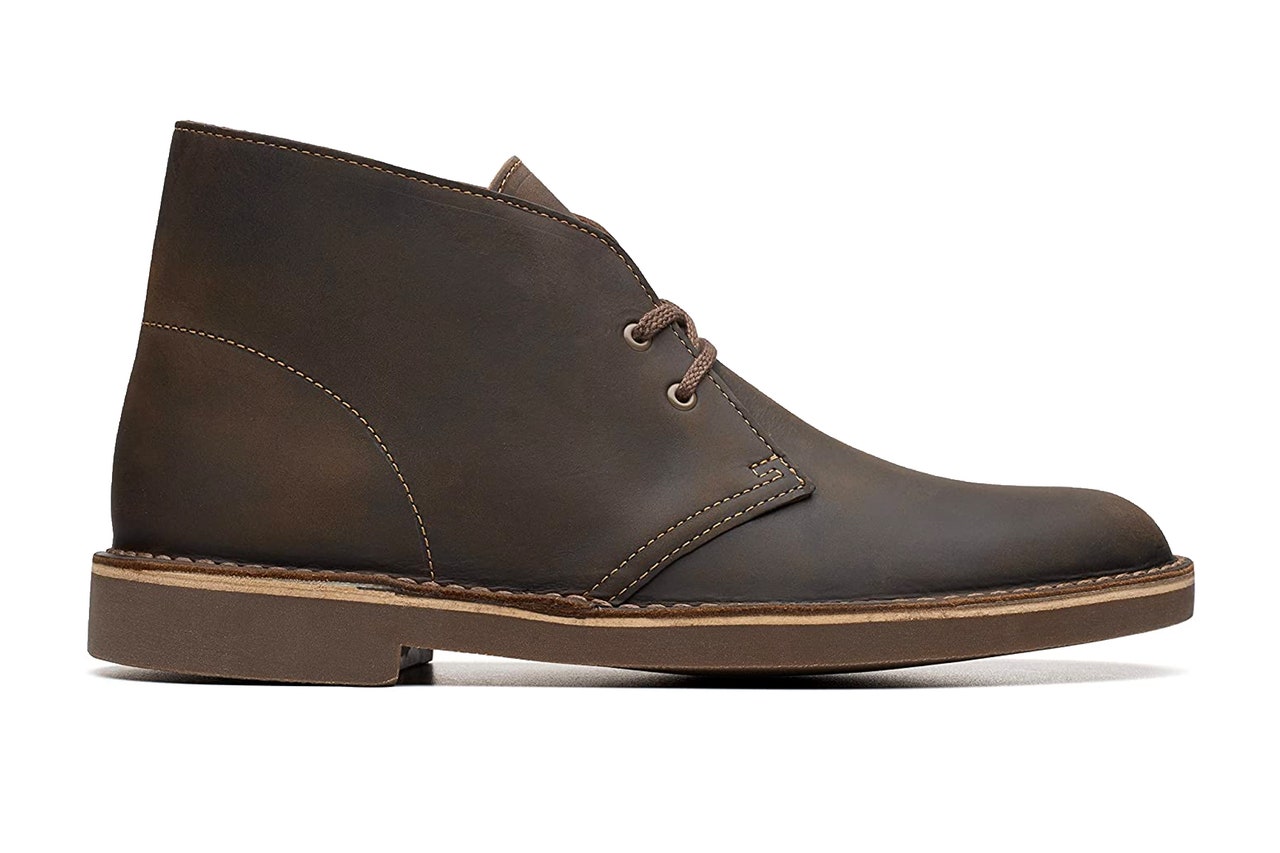 The textbook example of the Clarks desert boot might be suede, but the popular Bushacre variation bestows some well-deserved attention on beeswax leather. Like its higher-priced counterparts, the Bushacre relies on heavily-treated pull-up leather to give it its weather-resistant superpowers—and will look all the better the more scuffs, scrapes, and bruises it accrues. 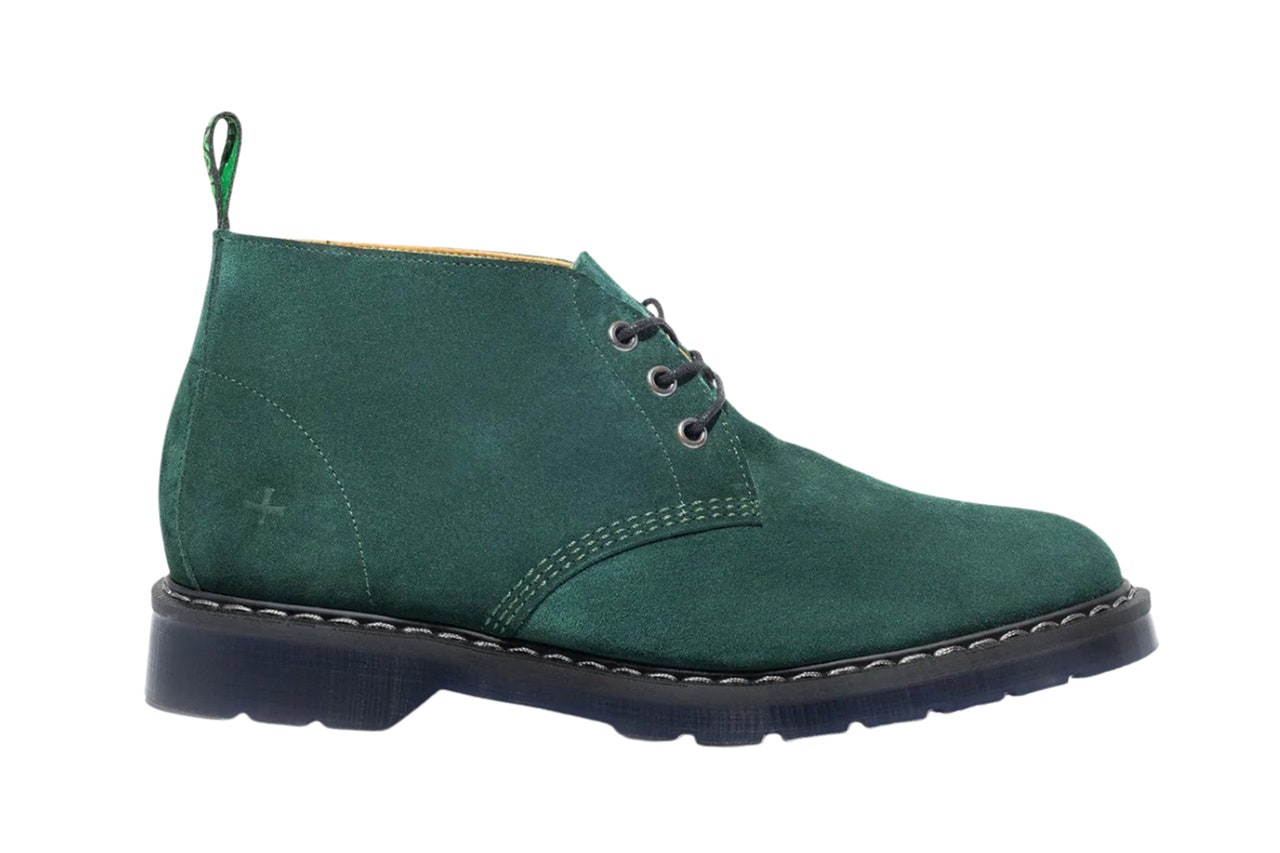 It’s hard to find a pair of shoes with Goodyear welt construction at this price. Even harder? Finding one in this verdant shade of green. 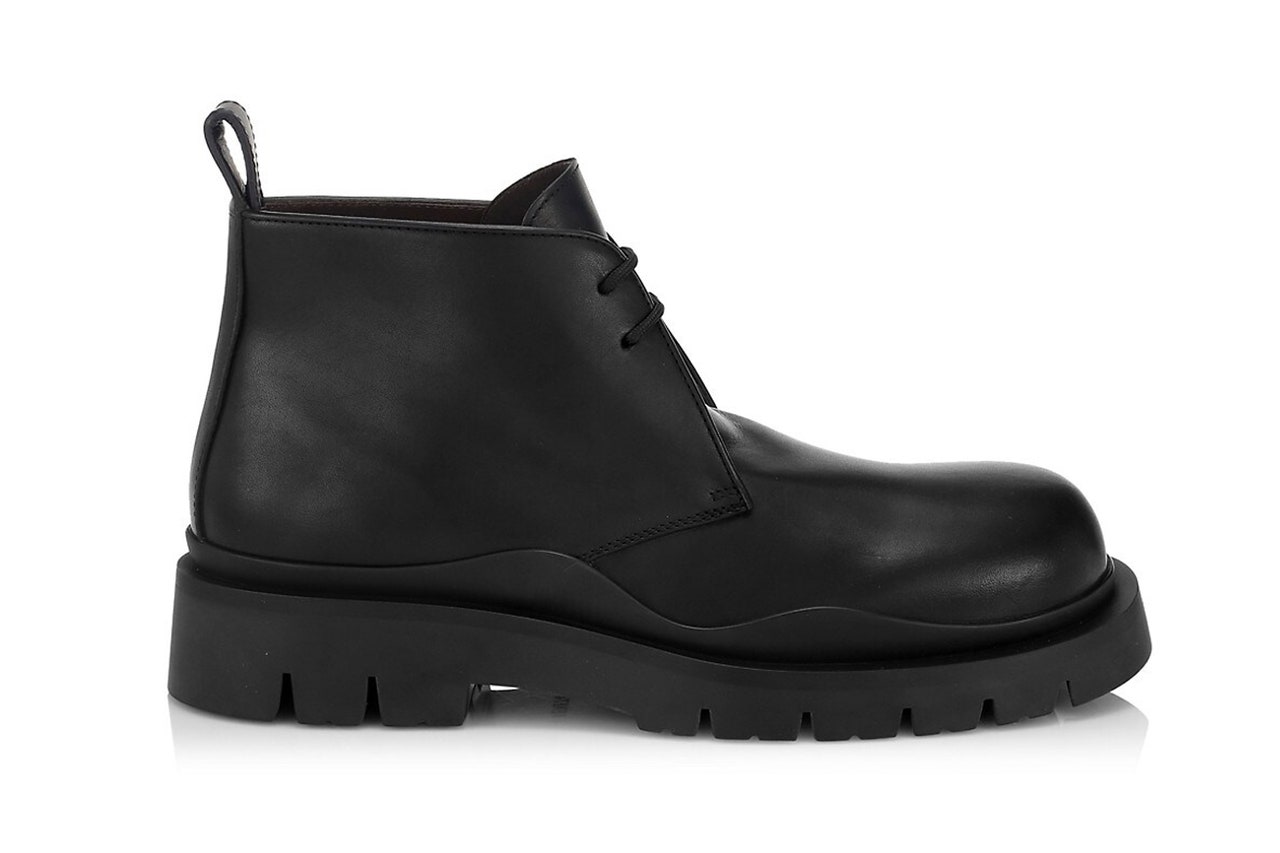 When it comes to the rain, fight drip with drip. 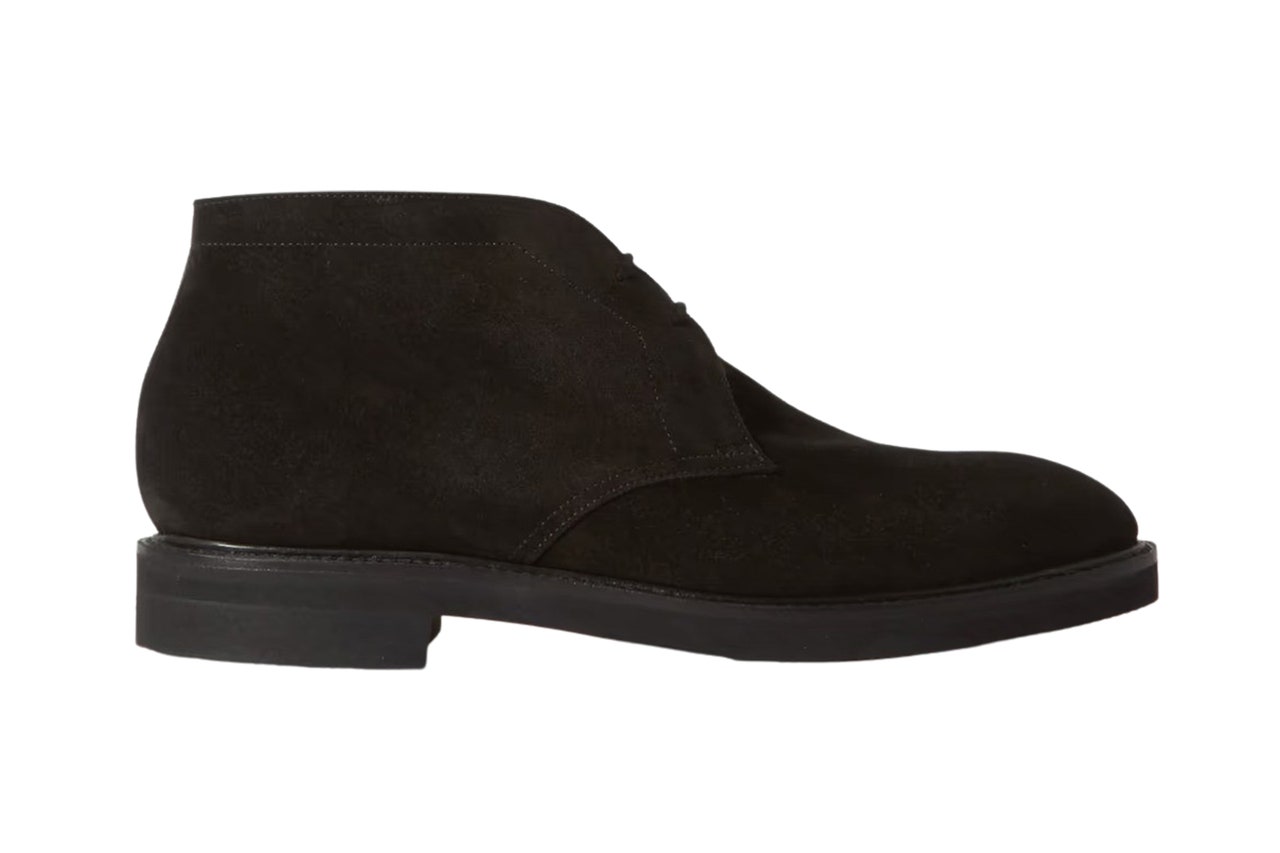 For generations, John Lobb has built a towering reputation as one of the most respected shoemakers in the world. So to say that this chukka is handsome would be a bit of an understatement. The suede is luxurious, the construction is impeccable, and the silhouette is so refined that it could hang out with a red carpet tux without drawing critics. But unlike other dressier desert boots, this one is built with grippy rubber outsoles that let you know it’s also built for less manicured affairs. 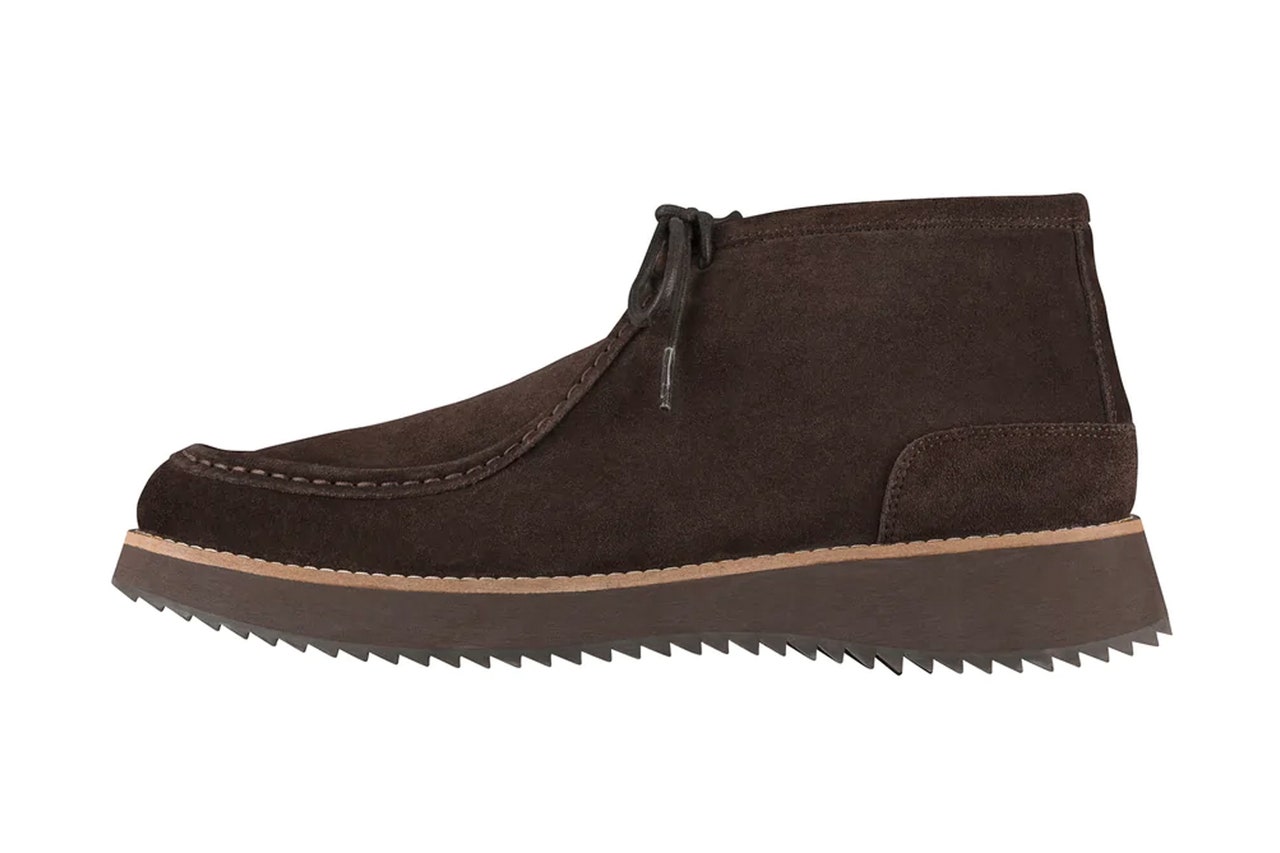 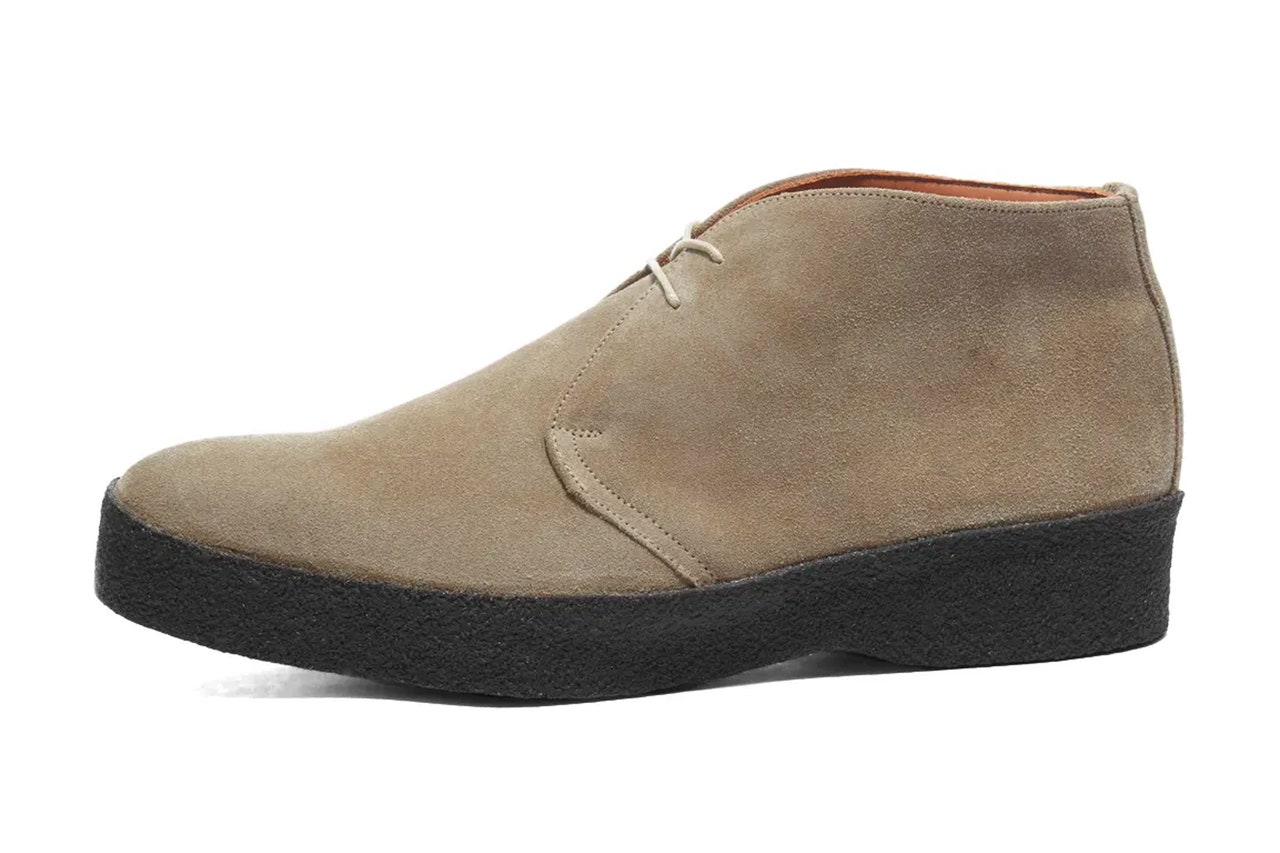 Yes, yes, this is that shoe—the one Steve McQueen wore. So for you menswear nerds who were betting that we weren’t gonna include the iconic sneaker-boot hybrid in this list, pay up!